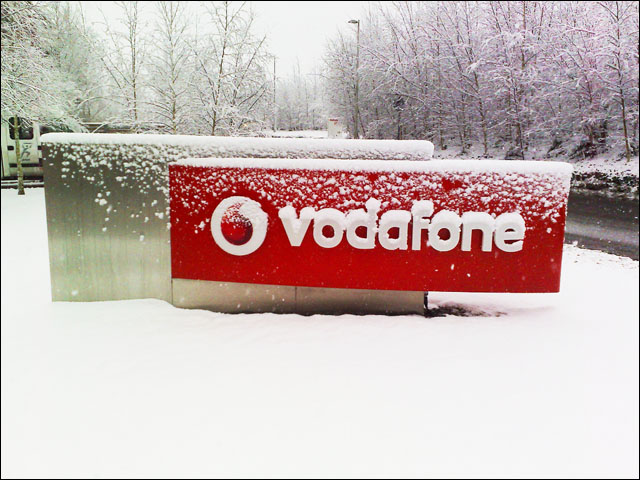 news National mobile telco Vodafone has confirmed a report by News Ltd newspaper The Australian that it’s planning to cut members of its executive team, in a wide-ranging restructure that could affect a number of mid-level executives at the company.

The Australian has published several articles on the restructure and has published substantial sections of an internal Vodafone memo on the issue. If you have a copy of the memo, we’d love to see it too — drop us a copy through Delimiter’s anonymous tips line here.

In a statement this afternoon issued after the newspaper’s stories, Vodafone confirmed that it would make “changes” to its organisational structure and executive team over the next few weeks. “Sales and Marketing functions will be combined into a single organisation, reporting in to one director, Noel Hamill,” the telco said. “The Communications and Corporate Affairs Team will also report into sales and marketing.”

“While the restructure will result in changes across most functions in the company the outcome will be a Vodafone that is more responsive to customers and more cost effective in a highly competitive market.” Vodafone said the restructure had already seen its chief marketing officer John Casey and director of communications and corporate affairs Tanya Bowes made redundant. “We are currently exploring other opportunities for both of them,” the company wrote.

The news comes as Vodafone has been making a fair degree of progress in rectifying technical problems with its network that had caused a large number of outages, dropouts and poor coverage across its network in the closing months of 2010 and in early 2011.

In November last year, the telco said it had sent 900 mobile sites live on its new 850MHz network. Additionally, 2,000 sites in the existing network had been upgraded with new radio equipment from Chinese vendor Huawei. By mid-2012, the company will have carried out equipment replacement for 8,000 sites and the new 850MHz network will be powering 1,500 sites. The upgrades are part of several initiatives at the company which are seeing it replace all of its wireless network infrastructure with new hardware by Chinese vendor Huawei and build new network infrastructure as well.

Nigel Dews, CEO Vodafone Hutchison Australia, said in November that the benefits of the company’s fast-tracked investments were beginning to be evident. “We are bringing customers a network that delivers better indoor coverage, faster downloads and a stronger signal than before from Vodafone,” said Dews.

However, it does not appear that customers are yet signed on to the Vodafone rejuvenation story. A Commonwealth Bank analyst report reported on by a number of media outlets over the past week has estimated that in the December quarter, Vodafone added just 1,000 new mobile customers — compared to some 342,000 for Telstra and 115,000 for Optus. In August 2011, Vodafone revealed that its total customer base had declined by 375,000 customers over the previous six months, although some 110,000 of those customers lost were due to changes in the way Vodafone reports customer numbers.

opinion/analysis
Everyone’s dumping on Vodafone right now (well, actually it’s become a national sport over the past 12 months), but in my opinion, the company’s actually not doing too badly.

Certainly in Delimiter’s statistics through our product comparison site, I’ve seen a constant level of ongoing interest in Vodafone products and services, and the flood of complaints from readers both on Delimiter itself and on Twitter appear to have dampened down massively over the past nine months. “Vodafail” is no longer a buzzword and hasn’t been for six months.

Is the company completely healthy? Of course not. Most Australians are probably still quite cynical about it, and approach it warily when they’re looking to buy mobile services. Its massive network rejuvenation isn’t yet finished and hasn’t yet substantially started to affect the public consciousness around Vodafone’s ‘troubles’. And of course its numbers haven’t started to head upwards yet — it will be a while yet before its finances start to recover from the massive hit they took.

But don’t count Vodafone out yet. This week’s changes are more or less business as usual, to my mind, and I’m very interested to see what the big V can pull out of its hat by the end of 2012. Telstra, you may remember, cut some 950 middle managers in October 2010. And it seems to be doing all right.