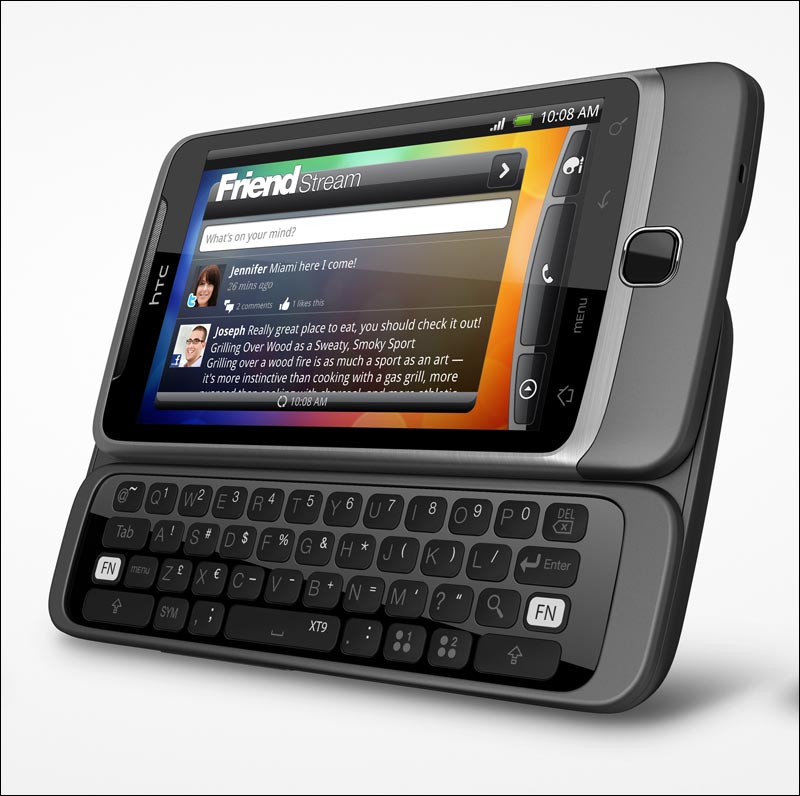 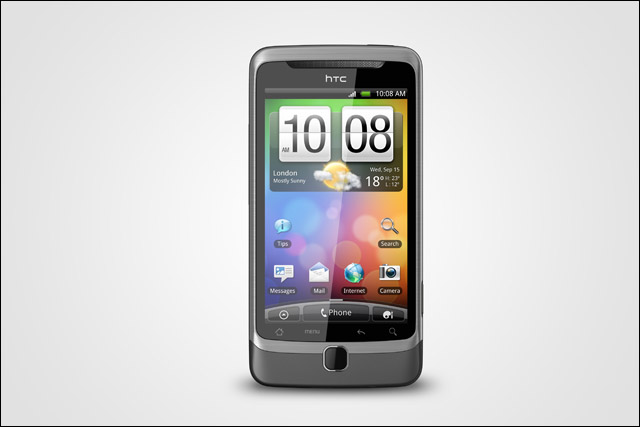 review You might be forgiven for thinking the HTC Desire Z is the misunderstood second cousin in the HTC litter. When the Taiwanese manufacturer already has the Desire, the Desire HD, the Desire S and more, it’s hard to get your head around just why you should care about the Desire Z. But the Desire Z truly offers something the other models don’t — a physical keyboard. Is it enough to help the handset shake its family competitors off and pave a path of its very own through life? Read on and find out.

Design
The Desire Z fits squarely into what we are rapidly coming to know as HTC’s mobile phone design ethos. The handset is composed of black, silver and grey interlocking pieces, with some sections appearing to be hard plastic and some appearing to be aluminium.

Like the original HTC Desire – released in Australia in April 2010 – the Desire Z has five front-facing buttons underneath its brightly lit touchscreen – the standard Android home, menu, return and search buttons. Unlike the original Desire, these buttons are not physical but are embedded in the phone’s screen – they’re touch-sensitive and vibrate by default when you touch them.

There is also a larger button which is directionally sensitive and can be used to navigate around the phone’s interface if you don’t like touching its screen. Around the sides of the Desire Z are the sort of ports and buttons you would expect – volume controls and USB port on the left, camera button on the bottom right (the right spot if you’re holding the phone horizontally to take a shot) and a 3.5mm headphone jack and power/wake up button on the top.

On the back of the phone are its camera (with flash) and there are speaker grills littered around the place. We liked how easy it is to remove the Desire Z’s battery or change the SIM card, with a little toggle flipping open a compartment on its back.

Now here’s where things get funky.

If you push down on the right hand side of the device, a full-fledged keyboard unfurls like magic before your eyes, and the Desire Z’s screen flips into horizontal mode. It’s more or less the standard way to do physical keyboards on smartphones these days. We liked how easy it was to do, so we flipped the keyboard out and back a few times. Then we went outside in the sun for a while as we were getting a little OCD over how satisfying the ‘click’ is when you open and shut the Desire Z’s keyboard.

Features
The Desire Z’s features are about what you’d expect from a high-end Android smartphone which was released after the original HTC Desire last year but before the wave of new handsets announced at events like CES in January and Mobile World Congress in February.

In short, the Desire Z has a nice speedy CPU (Qualcomm, 800MHz), a good amount of RAM (512MB), a sizable, bright and clear screen (WVGA Super LCD running at 800×480), a more or less up to date operating system (Android 2.2 ‘Froyo’) and supports all of Australia’s major mobile phone networks, although it has launched exclusively with Vodafone.

Its camera is a 5 megapixel model, it does microSD storage, comes with 1.5GB of in-built storage and has GPS, a triple-axis accelerometer and so on. It’s a nice weight at 180g.

You could find a similar featureset in many current generation Android handsets available in Australia in 2011. HTC itself has the Desire HD and the original Desire and is planning to shortly launch the Desire S, while Samsung has the Galaxy S and the upcoming Galaxy S II, and even Sony Ericsson, Motorola and LG have models which are not too dissimilar, if not usually quite so polished.

The key difference is the Desire Z’s physical keyboard. Although we’ve heard time and time again from readers that there is a market for handsets with a physical keyboard, there aren’t many manufacturers looking to meet expectations here that have been set for years by excellent BlackBerry and Nokia devices with hardware keyboards.

Performance
The Desire Z performed well in a wide range of daily uses. Browsing the web, checking your email, consuming basic multimedia, using social networking and of course the actual phone functions … by the time Froyo came around Google had pretty much gotten these functions right in its now ubiquitous operating system, and HTC implements them well in the Desire Z, courtesy of its zippy CPU and ample memory.

The handset’s screen is lovely, large and bright, and very sensitive. In addition, the Desire Z’s brushed metal and hard plastic casing (and even its screen) didn’t pick up fingerprints to the extent that other phones do – we’re looking at you, Apple.

Camera quality was acceptable, but not fantastic – fine for happy snaps, and the flash feature does improve things at night. But don’t expect the Desire Z’s photos to wow friends – and when Nokia gets around to bringing out Windows Phone 7 phones with those beautiful Carl Zeiss lens, we’re sure HTC will want to be upgrading its camera usage as well.

One brief warning is about battery life. The original HTC Desire was pretty good in this regard, and of course we’ve been pretty impressed recently with how long our iPhone 4 lasts away from its charger. But both the Desire Z, and the Desire HD (which we’ve also been testing recently) run out of juice fairly rapidly.

We actually left our Desire Z on a desk for a couple of days doing absolutely nothing after being fully charged, only to come back to find it drained and plaintively beeping for electrical assistance. Needless to say, not all handsets are quite this greedy – we only charge our iPhone 4 a couple of times a week generally – and it sees heavy use.

Your (tall, male) writer has fairly slim fingers, and found the Desire Z’s keyboard a little too small and finicky for frequent daily use. It is easy to discern the difference between keys by touch alone, and as you get used to using the keyboard, your accuracy and speed while typing soar. However, BlackBerry addicts will likely find that the Desire Z’s keyboard doesn’t quite measure up to those created by Research in Motion – basically the keys are not quite raised and separated enough. 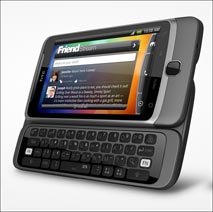 Having said this, the Desire Z’s keyboard is still very good, and we can understand why many will prefer it to typing via touchscreen, which we don’t believe the Android platform has gotten quite right yet – the touchscreen keyboard being a little too narrow for our taste. In addition, the BlackBerry operating system is looking fairly marginalized at the moment, and many will be willing to sacrifice a little keyboard magic to switch to the rapidly growing Android platform, which is increasingly looking like it will be the dominant mobile operating system from here on in.

Conclusion
If you want a little Android love and need a dedicated keyboard, buy the Desire Z – it’s a no brainer. It’s a little bundle of transforming goodness. For everyone who doesn’t want a physical keyboard, there are probably better options out there, from HTC, Samsung, Apple and so on – especially when you consider the incoming wave of high-end devices about to arrive on Australian shores.