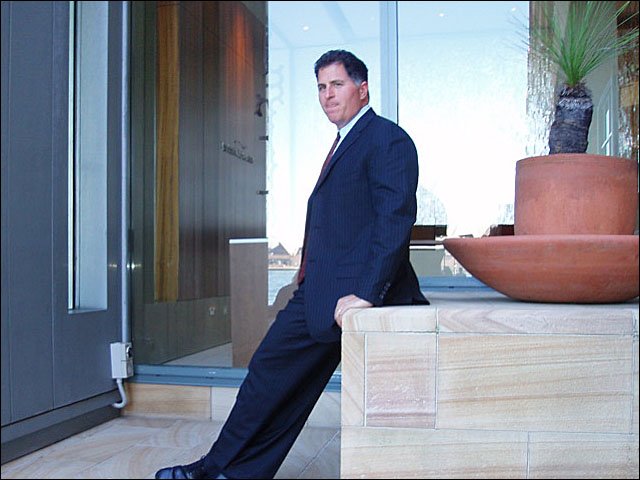 update Global Dell chief executive and company founder Michael Dell is reportedly in the midst of a brief two day visit to Australian shores, which is seeing the executive meet with customers and employees before heading off to India.

The AustralianIT reported the visit this afternoon, noting that the Dell chief had also committed to building a local datacentre in-country. A number of Dell’s rivals — including companies such as HP, Fujitsu and others — have been focusing heavily on datacentre investment in Australia over the past while as they look to take advantage of the local shift to cloud computing services.

Dell also met with the Financial Review, telling the newspaper he believed devices based on Google’s Android operating system would conquer the tablet market which Apple’s iPad has created over the past 12 months.

Local Dell spokespeople did not immediately return calls to inquire what the executive’s activities would be in Australia over the next day or so.

However the flying visit differs markedly from Dell’s last known visit to Australia back in 2006. At the time Dell spent a similar amount of time on Australian shores — just 48 hours. However, at the time the executive fielded questions from the local press in an open press conference, discussing matters as varied as exploding laptops and Windows Vista.

One clue as to Dell’s datacentre plans in Australia may come from a statement made by the company’s director of storage strategy, Carter George, who this week revealed Dell would at some stage in the future offer at least two different types of public cloud infrastructure — one based on Microsoft’s Azure platform and one based on a different stack.

Microsoft is planning to make the Azure platform available for stand-alone deployment by its partners.

Over the past week, Dell has also been making headlines globally in a number of areas. For starters, the executive — already a large Dell shareholder and one of world’s richest individuals with a net worth, according to Forbes, of around $14.6 billion — was reported to have bought about US$148 million of his company’s shares.

Got any inside info on Michael Dell’s quiet visit to Australia? Drop us a line directly using our anonymous tip form.