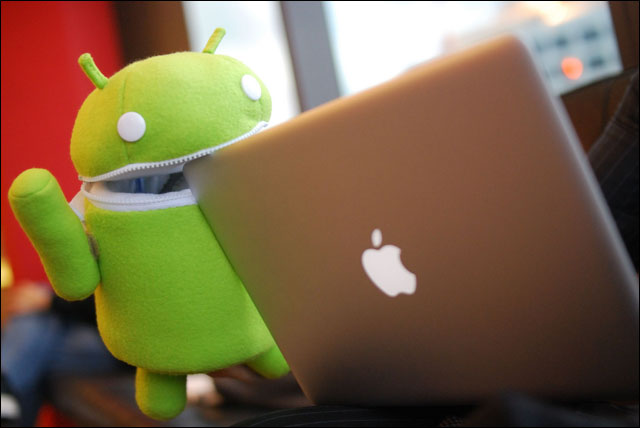 Fresh on the heels of Telstra’s launch of its own self-branded Android tablet device, Optus has confirmed it will launch a similar tablet at a price point $20 cheaper than Telstra.

Like Telstra’s T-Touch Tab, the Optus tablet — dubbed the ‘Optus My Tab’ — is a 7″ tablet device manufactured by a Chinese vendor, ZTE. The device will sell for $279 outright, $20 cheaper than Telstra’s T-Touch Tab, and will come with up to 3GB of pre-paid data, a 2GB micro SD card, and a 3 megapixel in-built camera. It will go on sale from mid-December and will feature version 2.1 of the Android operating system.

Telstra’s T-Touch Tab has received mixed reviews, with some critics concerned that the tablet’s resistive touch screen didn’t measure up to the more sensitive capacitive touch screens found in rival tablets such as the Apple iPad and Samsung Galaxy Tab. An Optus spokesperson confirmed its tablet would also feature a resistive touchscreen.

Like Telstra, Optus will market its own branded tablet as an “entry level” device — providing “the Android tablet experience at an affordable price”.

Optus also today confirmed some details around how it would price the highly anticipated Samsung Galaxy Tab tablet device, which it will start selling on Wednesday 10 November.

As previously reported, the Galaxy Tab will cost zero dollars up-front on a $59.95 monthly plan over a 24 month contract, with Optus stating the device would come with “$800 worth of data” quota included — which the telco said equated to 10GB of on-peak data or 20GB of off-peak data. Free access to social networking sites such as Facebook and Twitter is included.

The telco added that the Galaxy Tab would be available on a range of other monthly plans, ranging from $29.95 per month up to $79.95, and including what Optus said was data value ranging from $320 up to $1,280, with data being valued on a cents per megabyte basis. The actual Galaxy Tab will cost customers an extra fee of $30 or $15 per month respectively if they sign up for a $29.95 or $39.95 monthly plan — but the fees are waved for higher plans.

Optus said it has also also overhauled its most-paid mobile broadband plans — although details are not yet available. The telco said its plans now included “significantly more on- and off-peak data”, as well as free access to the social networking sites.

“The tablet market has well and truly exploded,” said Optus consumer managing director Michael Smith, stating that the company’s move to add the two new devices would give customers options. “This new category of device truly pushes the boundaries for what is possible in a mobile internet device,” he added.

Optus also confirmed News Ltd reports today that it had inked a partnership with the publisher to include free access to The Australian newspaper’s Android application — normally valued at $8.99 a month — for the length of customers’ contract, if they bought the Galaxy Tab on a 12 or 24 month plan. 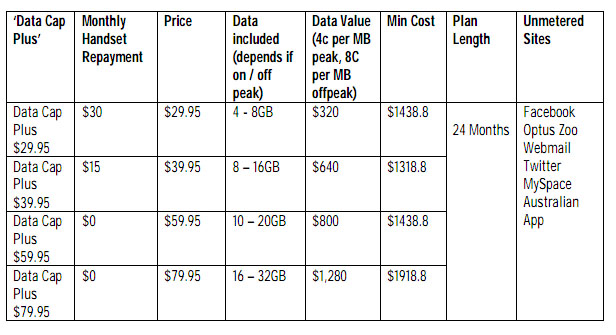