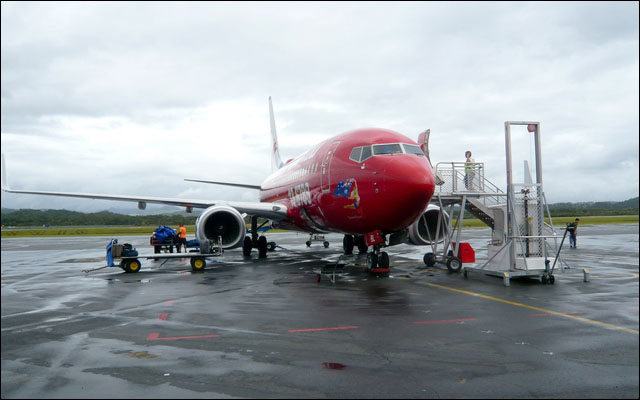 Virgin Blue this afternoon blamed Accenture subsidiary Navitaire for a disastrous hardware failure that took down its reservations systems and resulted in lengthy queues at Australian airports today as the airline was forced to check in passengers manually.

A year ago in June 2009 the pair trumpeted their new relationship in a press release which outlined how Virgin Blue would adopt Navitaire’s New Skies platform to provide distribution, reservation, travel commerce and departure control systems.

But today the relationship between the two might have developed a few cracks. “Navitaire, the external supplier of our IT reservations and check-in systems had a hardware failure and we were forced to switch to a manual system, which created the delays,” Virgin Blue said in a company statement this afternoon.

A number of media outlets reported that thousands of Virgin Blue passengers were stranded around the nation today, with Navitaire’s system crashing just after 8AM AEST.

The airline’s group executive of corporate communications, Danielle Keighery, apologised to passengers and said Virgin Blue would be providing overnight accommodation and complimentary airport transfers to those passengers who hadn’t made it home. In addition, passengers who had experienced a delay in excess of four hours would have their travel both reimbursed through another Virgin Blue flight on another day and time.

The airline’s web site currently has a list of about 100 flights which have been cancelled, from locations right around Australia – most of the major cities and many regional locations.

Virgin Blue rival Jetstar has also been reported to use Navitaire’s New Skies platform. However there were no problems reported today associated with the Qantas subsidiary.

When Virgin Blue announced its intention to move to New Skies throughout the second half of 2009, the airline’s then-chief executive Brett Godfrey touted the features of the platform as being able to support Virgin Blue’s long-term growth.

“New Skies has the features, the built-in ancillary revenue capabilities, the broad airline alliance and [global distribution system] capabilities and the flexible architecture to give our evolving carrier a competitive advantage now and in the future,” he said.

An Australian spokesperson for the technology supplier’s parent Accenture did not immediately respond to a request for comment on the issue.