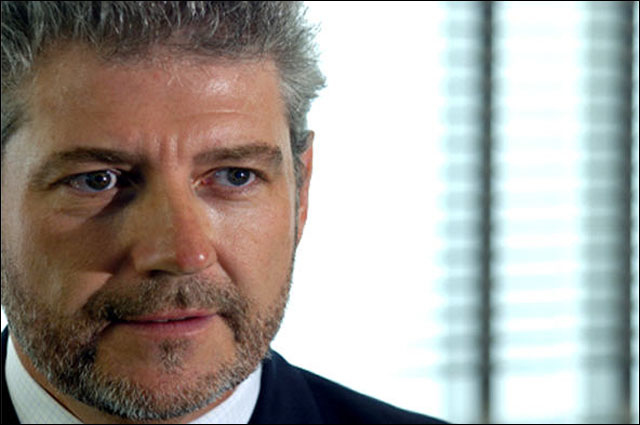 Frontline Systems wasn’t actively looking for a major investor or acquirer when Japanese group NTT Communications came knocking on its door, according to the Australian IT services group’s chief executive Steve Murphy (pictured) — but the company’s decision to take a 70 percent stake in Frontline makes “perfect sense” for both.

In an interview yesterday following the announcement of NTT’s investment, Murphy says over the past decade he has resisted many approaches from suitors interested in buying the company he founded back in 1992 and has built to a business with revenues of almost $280 million. However, each time he believed the interested parties added no real value to Frontline — with the executive being “very conscious” about protecting his company’s culture and business.

“There were opportunities over time to merge in a ‘one plus one might make three’ arrangement, but it’s been my view that one plus one usually makes one and a quarter,” he says.

Even listing on the Australian Stock Exchange didn’t appeal to the executive — who’s witnessed the chief executives of other companies who have gone down that path forced away from the day to day business of running their operations and into the world of analyst briefings and constant financial updates.

However, Murphy says the NTT investment is of a different nature.

He points out that the company — a division of the wider NTT group in Japan — has made several hundred acquisitions around the world as it looks to broaden its reach, but has taken a different approach than other large corporations, preferring to acquire companies via a majority shareholding and take board control, rather than directly integrating buyout targets into their own operations.

In Australia, NTT Com currently has about 30 staff and represents Japanese networks and customers locally. The company’s investment will give it access to Frontline’s national footprint and sales team, and Frontline will gain from NTT’s own capabilities. But Frontline won’t be swallowed up into the broader NTT group.

“It’s a capability and leverage play and not a direct integration,” says Murphy. “Frankly, that’s what attracted me to the arrangement.” In addition, NTT’s balance sheet, as a major corporation, will enable Front to do “bigger and better things”, as well as gaining access to the larger company’s customers and vice versa.

The model may also allow Frontline to escape some of the historical pitfalls which predominantly network and infrastructure-based businesses such as telcos have faced when acquiring businesses heavily based on human capital — such as IT services businesses. The difficulties which Telstra faced in integrating the Kaz business, which was ultimately sold to Fujitsu, are a stark local example of that problem.

In addition, NTT’s complex nature means that Frontline won’t be merged with one of the Japanese firm’s other local acquisitions — Dimension Data, which NTT acquired in mid-2010. In fact, functionally the ownership structure of the pair is a little more complex than is popularly believed — being owned by different divisions of NTT.

Nevertheless, there will be opportunities for Dimension Data and Frontline — which Murphy sees as currently not really directly competing — to work together in the future. “I’m looking forward to working very closely with them,” he says.

The NTT relationship with Frontline initially came about organically. Murphy says the company has been one of the longest customers of its hosting business Harbour MSP, with the Japanese firm using the subsidiary’s facilities for about seven or eight years. Discussions about an investment started in about September 2010.

It’s not always the case, but some Japanese firms will conduct certain ceremonies for official corporate events — such as the opening of a giant barrel of sake rice wine last year when Fujitsu opened a major new datacentre in Perth. Murphy says there have been a couple of “long, very enjoyable dinners” during the courtship process, but any celebration for the investment is still a few weeks away as things are finalised.