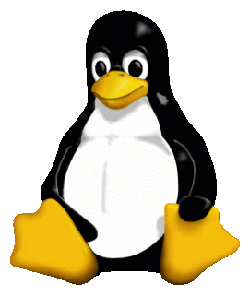 Victoria’s Electoral Commission has flagged plans to expand its use of electronic voting kiosks based on Linux software in the next state election in November this year.

The state first started using the machines in a limited trial during the last state election in 2006. It appears as if the machines were used for voting for the vision-impaired, as well as for military personnel. News of the rollout was broken by Computerworld.

However, in tender documents released last week, the state revealed it would expand its use of the machines. About one hundred kiosks will be deployed to early voting centres (including mobile facilities) around the state as well as in the United Kingdom.

According to the tender documentation, the machines will consist of one in-built 19″ LCD touch-screen, one PC with an Ethernet network port, and an in-built USB smartcard reader. The machine must be able to run Linux, as the commission has requested Linux drivers for the components.

The commission stated it would install Linux on the machines itself, but it remains unclear which exact version of the open source operating system it will use.

The tender documents stated that drivers must be compatible with the “2.6 kernel/Gentoo release of Red Hat Enterprise Linux”. However Red Hat and Gentoo are quite different Linux distributions.

It appears as if Victoria’s previous e-voting system was supplied by Hewlett-Packard, in conjunction with Spanish company Scytl.

The news comes as Linux has not been making headway for desktop use in Australia — even in such limited use as customised and locked down terminals such as e-voting systems require.

One of the last stand-out Linux desktop deployments in Australia was that found at Kennards Hire. However, in December 2009 the plant and equipment company revealed it had migrated its 300 desktop machines running Fedora Linux back to Windows (thin clients) in 2008.

In contrast, the New Zealand government is currently engaged in a pilot to replace Windows PCs with desktops running Linux and open source software. However, Linux remains a force in local server deployments, where it is seen as the main rival operating system to Microsoft Windows.