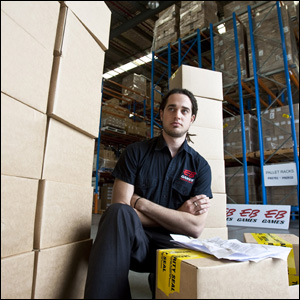 The Federal Government has received more than 55,000 responses to a discussion paper about whether it should implement a R18+ rating category for video games, with the majority of those expected to have come from EB Games customers in support of such a scheme.

The retailer received over 46,000 submissions (pictured) from customers over several weeks after coming out in favour of the rating and promoting the issue in stores. 30,000 of those were hand-signed, with another 16,000 collected online in conjunction with Grow Up Australia, an organisation also pushing for a R18+ rating. It then handed those submissions to the Attorney-General’s Department.

In a statement noting the total number of responses to the paper, Home Affairs Minister Brendan O’Connor said there was a “high level” of interest in the community about the matter.

“The submissions received in this consultation process will assist the Commonwealth and other censorship ministers’ consideration about whether an adult classification for computer games should be introduced,” he said.

However, the minister noted there had to be unanimous agreement between the respective ministers in the Commonwealth, state and territorial governments before the National Classification Code could be modified. South Australian Attorney-General Michael Atkinson has remained staunchly against the proposed R18+ rating, and is facing an electoral challenge from avid gamer Kat Nicholson as a result.

The Federal Attorney-General’s Department will use the submissions to prepare a report for the Standing Committee of Attorneys General, with those submissions that did not request confidentiality to be made public “in due course”.