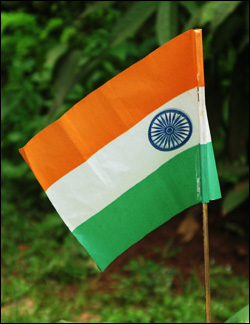 Technology giant IBM has dodged allegations by the Australian Services Union that it will shunt as many as 800 local jobs to offshore locations.

The union reportedly told iTnews and ZDNet.com.au that workers had been told that services to customers excepting the Federal Government could be handled by centres in India and China, with 800 jobs at risk out of its total local workforce of around 14,000.

The public sector is notoriously selective when it comes to hosting its data offshore, preferring most services to be conducted within Australia.

However IBM today issued a statement saying it “continuously transforms” its business, re-balancing skills and capabilities to meet client’s needs and the requirements of the business as a whole.

“We hired to build skills in key growth areas throughout the global financial crisis, increasing our overall employee number in Australia and New Zealand by more than 30 per cent over the past five years,” the company said. “We will continue to hire in 2010, and we expect to end the year with more employees than when the year began,” the company said.

The news comes just a week after the ASU had said Big Blue had told staff it was planning to shift an undisclosed number of local jobs offshore. However, at that stage, the union did not know how many staff could be hit.

Among other centres which the ASU had noted as being affected was IBM’s controversial Baulkham Hills facility in Sydney. The facility, which the union has said has around 80 staff — has been a sore point for IBM over the past couple of years, with staff there continuing to fight a battle to win a collective agreement with the company.

The news also comes as other Australian IT services such as Oakton continue to bulk up the amount of staff they are using at offshore facilities, particularly in India. Australia and New Zealand Banking Group also has a substantial facility in Bangalore with around 3,500 staff there.