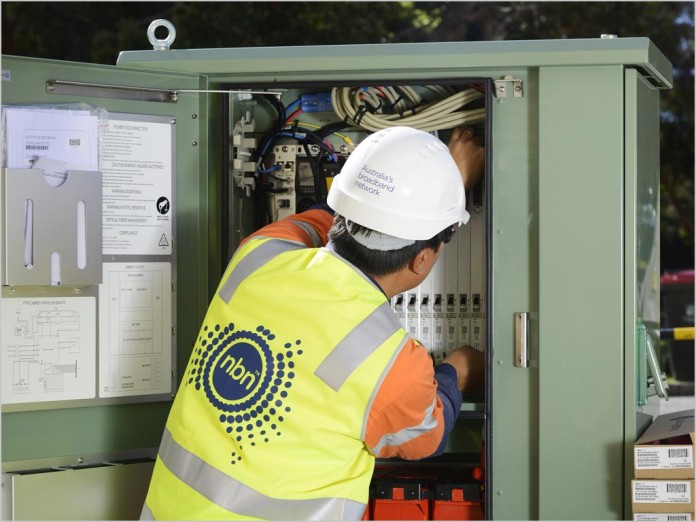 news A senior columnist at The Australian newspaper has backed what he described as Ziggy Switkoski’s “well-aimed” breach of the Caretaker Conventions, supporting the idea that the NBN chair’s action was necessary to deal with “rumourtrage” about the project.

Last week it was revealed that Switkowski had willfully and deliberately breached the Caretaker Conventions which ensure the political independence of the public service and government companies such as the NBN company during an election campaign.

A letter from Martin Parkinson (PDF), the Secretary of the Department of Prime Minister and Cabinet, to Shadow Finance Minister Tony Burke, confirmed Switkowski had breached the Caretaker Conventions several weeks ago with an article defending the NBN company’s actions in targeting whistleblowers, following Australian Federal Police raids on Labor premises designed to track down the whistleblowers.

Parkinson’s letter revealed Switkowski had been “strongly” advised the article would breach the Caretaker Conventions, but ignored the advice and went ahead anyway.

Opposition Leader Bill Shorten accused the NBN company of covering up for Malcolm Turnbull’s maladministration of the NBN project, and said the breach was “shameful”, while the Prime Minister has defended and supported Switkowski’s actions.

A number of senior telco commentators have called for Switkowski to be sacked as a result of the breach, but writing in The Australian newspaper last week, columnist Stephen Bartholomeusz appeared to support the NBN chair’s actions.

In his piece, Bartholomeusz argued that Switkowski was a “vastly-experienced business leader” and “formidably intelligent”, adding that the release of Labor’s NBN policy last week appeared to vindicate Switkowski’s position that a series of leaks over the past nine months were politically motivated and had little foundation in the “current reality” of the NBN rollout.

Bartholomeusz also took aim at what he described as “fibre zealots” who, he said, dominated the general discussion about the NBN.

It appears that the columnist’s overall argument is that because Labor has adopted some aspects of the Coalition’s Multi-Technology Mix NBN policy, and because, in his view, some of the NBN leaks over the past nine months were politically motivated, Switkowski’s actions can be justified in defending the NBN company.

However, the columnist does not appear to have considered the decades-long history of the Caretaker Conventions, and the role they play in preventing the public service, and public companies such as the NBN company, from intervening in the political election cycle.

Burke said Turnbull had given Switkowski permission to “ignore decades of precedent” with respect to the Conventions.

“Through his comments Dr Switkowski ignored the caretaker conventions with his eyes wide open,” said Burke. “There are countries in the world where public officials intervene in elections, Australia should not become one of them.”

opinion/analysis
Normally I quite like Stephen Bartholomeusz’s telco commentary. He’s a very experienced business commentator, and can often see through the spin that the various major players generate.

However, in this case I don’t think his commentary makes much sense.

Part of the problem is that Bartholomeusz doesn’t appear to be aware of the extent of the leaks which have come from within the NBN company. It wasn’t just those three leaks in late 2015 that spurred Switkowski’s response on this issue.

Since that time, we’ve seen at least 9-10 more significant documents leaked from within the NBN company. In his controversial article, Switkowski wasn’t just defending the company’s actions in tracking down the initial set of 2015 leaks … he was also talking about everything since.

And in 2016 alone we’ve seen a stack of new material released from within the NBN company.

The sheer volume of this information militates against the idea that the leaks can be considered only in the light of political motivation. Because the leaks don’t just show that the MTM model has gone off track under Turnbull, and contains significant risks.

They also show, in general, the broad progress of the NBN company as a sum total. And not all of that news is bad. Quite a lot of it is good, in point of fact — even for the MTM.

Then too, Bartholomeusz appears to have mistaken the correct role of the various players during an election campaign.

Of course an official response is needed when a public organisation’s confidential information is leaked, and whistleblowers referred to the police as a result, and especially so if this results in a government policy coming under attack.

However, during an election campaign, it is just not the NBN company’s role to issue that response. The Caretaker Conventions are supposed to prevent that exact situation.

In an election campaign, it would be the role of the Government of the day — not the NBN company — to make that response. This is a fact that Switkowski was warned of — and chose to ignore.