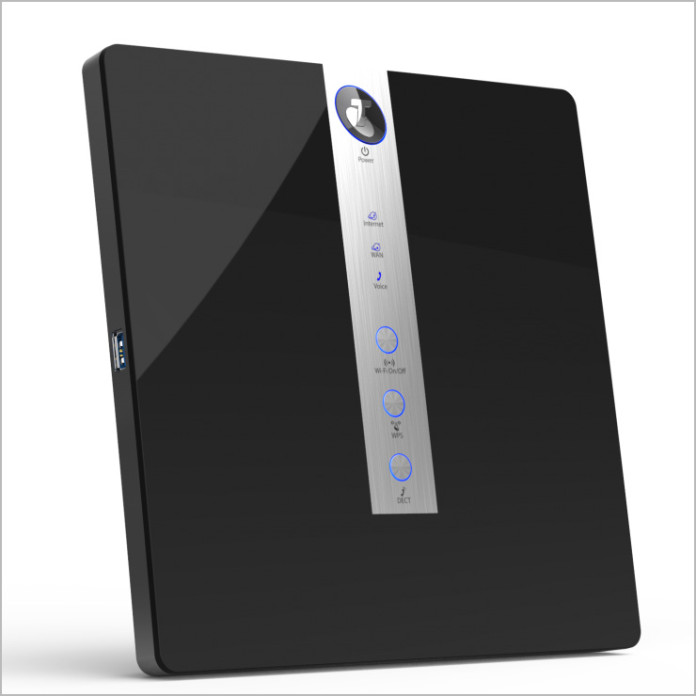 news Telstra has launched a new Wi-Fi gateway for business, which it claims is the world’s first using Broadcom’s 4×4 Wi-Fi AC chipset.

Developed in partnership with Netgear and Broadcom, the Telstra Gateway Pro is designed to enhance office connectivity, allowing more devices to connect at greater speeds than before, Telstra said in an online post.

Netgear helped create the “appealing” design, Telstra said, with a clean-looking brushed-metal panel with less buttons on the front for “ease of use”, alongside a high-gloss black finish over the rest of the device.

The telco lists the device’s specifications as including:

These specs mean that Wi-Fi speeds are to be up to six times faster on 5 GHz than Telstra’s existing business gateway, the firm claims.

Telstra said it tested the Gateway Pro in a “typical small office” to determine the level of coverage improvements that might be expected from the device.

In the heat maps below, the image on the top shows coverage for the firm’s existing Premium Gateway, while the image on the bottom reveals the increased coverage and performance achievable under the same conditions for the Gateway Pro. 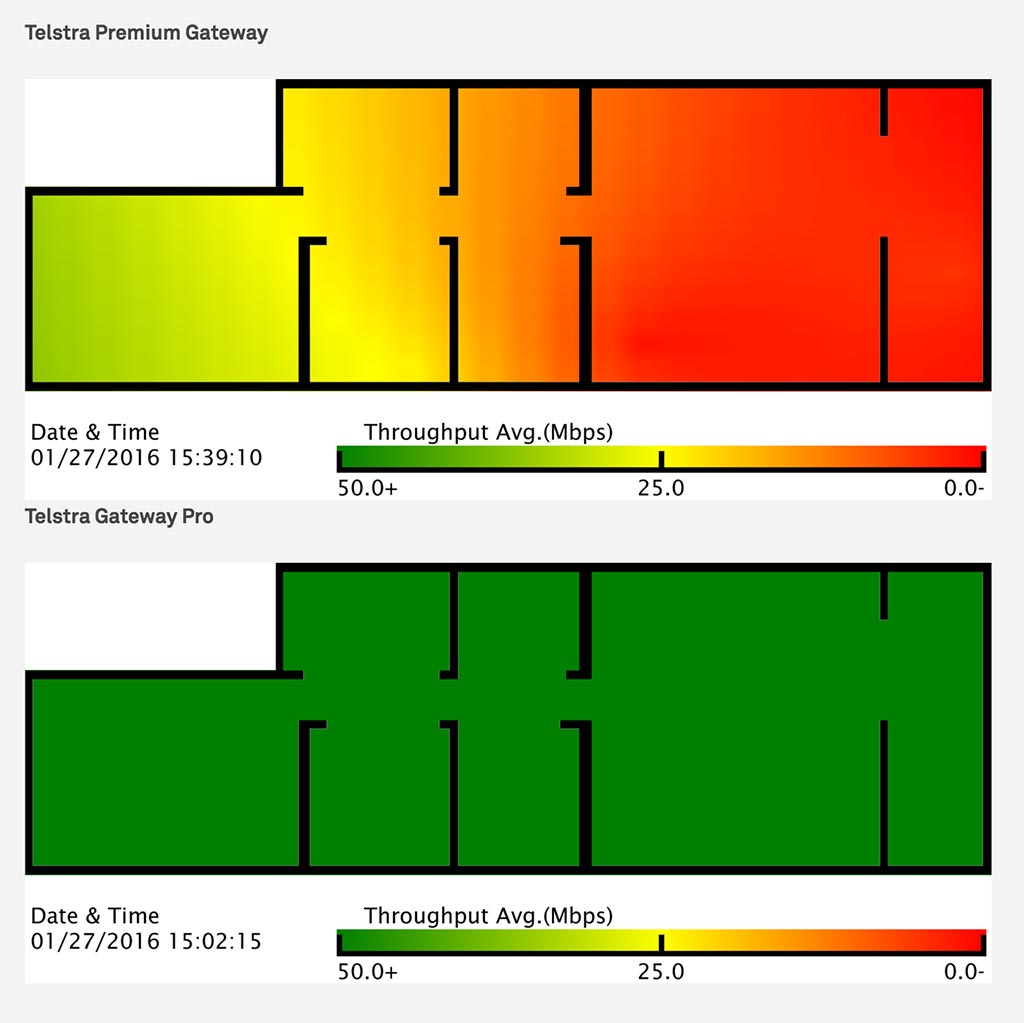 Telstra stresses that testing was conducted in an “inner city Melbourne location”, with both the DEVG2020 Premium gateway and the 7610 Gateway Pro being set up as “default Telstra installs”.

Testing was conducted over an hour for each gateway at the times indicated, the firm said, with multiple tests being conducted around the test location to measure both speed and coverage.

It added the disclaimer that “Actual Wi-Fi performance depends on many factors including interference, device type and distance between the gateway and devices. To enjoy fast speeds, AC compatible devices need to be on the 5GHz band.”