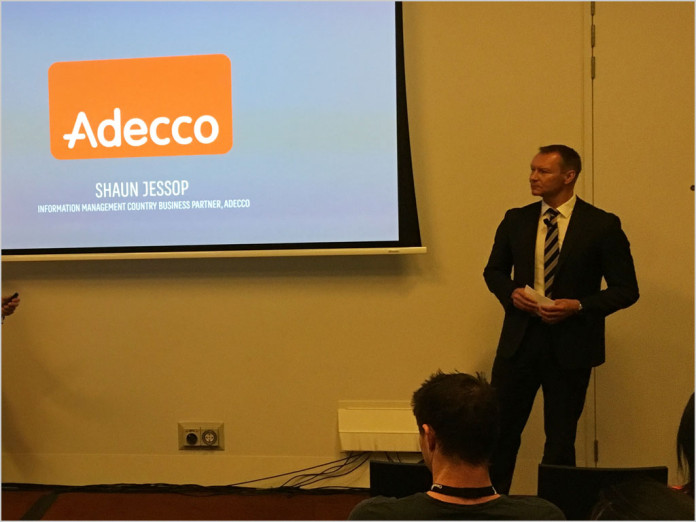 news Human resources group Adecco yesterday revealed it had undertaken a substantial refresh of its internal telephony and Internet platform with the primary assistance of Optus and Cisco, in a move that has seen almost all its staff completely dump their legacy handsets and replace them with softphones.

Shaun Jessop, Information Management Country Business Partner at Adecco, spoke on the topic at the Cisco Live conference in Melbourne yesterday. Adecco is one of the largest human resources solutions providers in the world. in Australia it operates four major brands, including its own Adecco brand and others such as Ajilon Consulting.

Jessop said the initial driver for the platform shift came from Adecco’s finance department, which wanted to reduce the company’s operating costs for its telephony and Internet services to staff.

However, once the company got stuck into examining alternatives, he said, Adecco realised that there was far more potential from the rollout than just saving money, with issues such as productivity benefits to staff also coming up in the process, as well as total cost of ownership.

The group eventually picked Optus to conduct a replacement program for its 650-700 users located around Australia, with the vendor getting the nod because of its cost from a finance perspective, but also because it offered a single point of contact for issues. Adecco also appears to retain Telstra for some services.

Previously, Adecco had used an AAPT WAN to connect about 36 sites, with a number of Samsung PABX units, some of which were managed, and some not.

Jessop said during the migration process, Adecco deliberately targeted the four most complex sites in its network first, with the aim of seeing all the possible bugs and unusual issues right up-front, in a way that could deliver learnings to the rest of its rollout. “After the first five sites, we thought we’d seen everything,” he said.

The company was initially doing two site migrations per week, before eventually moving to five per week. Jessop said the company left its head office until last on a weekend, as that would be the killer if it went wrong in any way.

“If we hadn’t had telephony after that weekend, I would not have been here today,” he said.

Adecco lives on the phone. If we lost all our IT systems today, we’d probably survive a few days, but we can’t survive without telephony.”

As part of the rollout, Adecco removed the desk phones of almost all of its staff, replacing the units with software phones on their laptops and desktops, with plugin headsets.

Jessop said staff took to the replacement units right away. “They adopted it like that,” he said, clicking his fingers. Adecco used an iPhone-like interface to the models to spur adoption. The ability to ‘click to call’ phone numbers in Outlook, using the Cisco Jabber softphone, proved particularly popular, he said.

The Optus solution proved a winner with Adecco, with Jessop praising the self-service portal for changing a user’s telephony profile online. In addition, critically, Adecco’s overall telecommunications spend came down.

In terms of tips for similar rollouts, Jessop said it was important for each side — the vendor and the client — to source an excellent project manager to ensure the rollout goes smoothly.

In addition, he said, he recommended organisations actually rationalise their telecommunications services before going to market for a migration. Adecco didn’t do this, and Jessop said when the organisation was “lifting and shifting” during the migration, “we lifted and shifted the same problems”.

The next steps for Adecco, Jessop said, would be to roll out the new unified communications platform to the last of the four brands the company operates in Australia (it has so far done only three), as well as considering a similar project for its New Zealand operation.

opinion/analysis
Solid rollout here — it made a lot of sense to me when Jessop was presenting it. Some small errors, but those were fixed, leading to solid learnings and recommendations, and overall it’s been a very successful project. Congrats to the guys at Adecco, Optus and Cisco on this one.