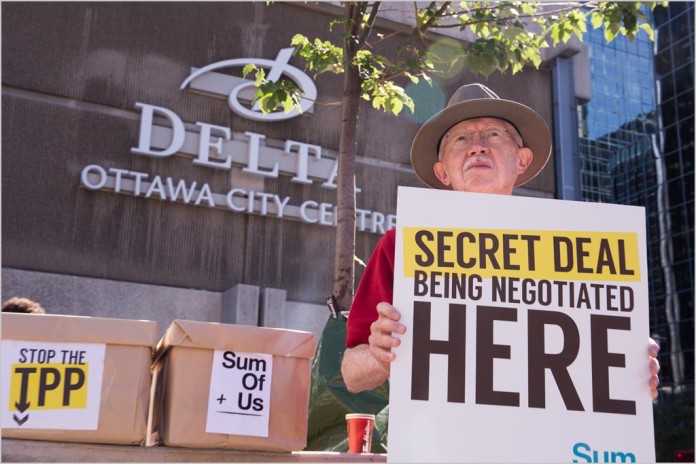 news Federal Parliament is to commence its examination of the Trans-Pacific Partnership agreement (TPP) at a public hearing on Monday in Canberra.

The Joint Standing Committee on Treaties (JSCOT) is to hold the hearing – the first session of what the committee called a “comprehensive consultation process” – and will allow the government to present its case for the ratification of the TPP.

Acting Chair of JSCOT, Kelvin Thomson MP, said the TPP has been promoted as the world’s most significant trade and investment agreement, with the signatories making up 40% of the world’s GDP, and therefore it needed to be considered carefully.

“The TPP is comprehensive and complex, involving 12 countries and covering a wide range of areas from labour mobility to pharmaceutical patents,” he said.

“The Committee will be taking a thorough look at the TPP to make sure it is in the best interests of Australians and will provide its recommendations as to whether or not we should take binding treaty action,” said Thomson.

Following this first hearing, JSCOT is expected to travel to state capitals and regional Australia to ensure the committee hears a wide range of views before reporting to Parliament.

On 16 February, the Liberal chair of JSCOT gave a speech strongly praising the TPP, pre-empting the formal inquiry processes through which Parliament examines treaties.

Angus Taylor MP – who Prime Minister Malcolm Turnbull had promoted to the digital transformation junior ministry just days before – told Parliament last week he was a strong supporter of the treaty.

“This is an agreement of absolutely unprecedented scope,” he said.

According to Taylor, the TPP has a huge number of benefits for Australia — including modern e-commerce provisions, the elimination of agricultural exports tariffs, opportunities for the Australian services sector (especially financial services) and more.

However, on 12 February, an anti-TPP petition with over 300,000 signatures was tabled before Parliament by Labor MP Melissa Parke.

The petition had been initiated by campaign groups GetUp! and SumOfUs and been signed by around 305,000 Australians objecting to the TPP agreement.

Citing a list of potential issues with the agreement, investor-state dispute settlements in particular, she said: “The concerns expressed in the letter appropriately sum up the major reasons why this parliament should be supporting the call for independent assessments of the text prior to the agreement being ratified.”

The public hearing before JSCOT will take place in Committee Room 2R1, Parliament House, Canberra, from 11.10am to 1.00pm on Monday, 22 February.

A live webcast will be available here.