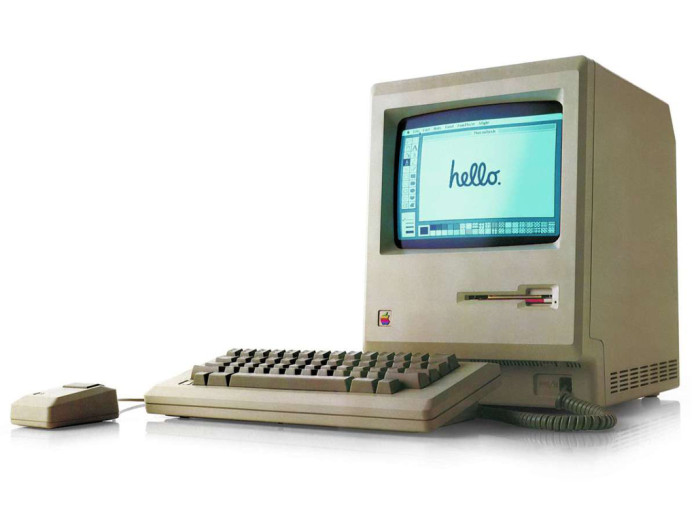 news US technology juggernaut Apple has insisted that it pays all of its local taxes, despite the company having filed financial results this week that saw the company pay extra taxes of just $4.5 million last year off an extra $1.8 billion in local revenue.

Earlier this week Apple sent its annual financial results document to the Australian Securities and Investments Commission. The document can be downloaded in PDF format here.

In the document, Apple reveals a remarkable set of figures about how its Australian operation has fared over the past 12 months. The company’s total revenue from its Australian operation rose by 29.5 percent in that period. The jump means that Apple made an extra $1.8 billion in its 2015 financial year compared with its 2014 financial year, with the company pulling in a total of $7.8 billion over the period from Australian customers. 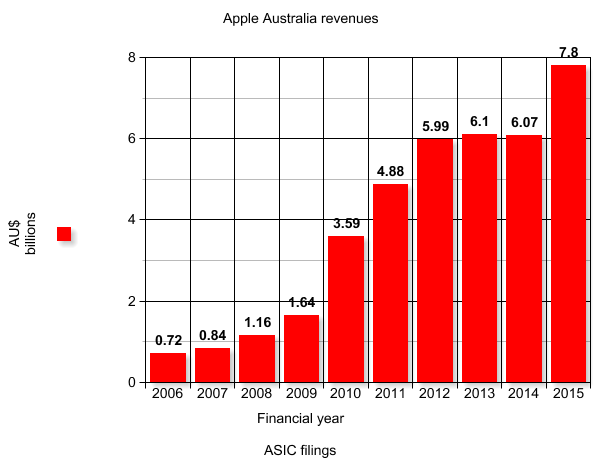 However, despite the huge gain in its revenue in 2015, Apple’s Australian financial results reveal it only paid an extra $4.5 million of corporate income tax expense in the period, making a total of $84.9 million, compared with $80.3 million the previous year, when it made $1.8 billion less revenue. The company also claimed that it made $44 million less Australian profit than it did the previous year, for a total of just $208 million.

Delimiter invited Apple Australia to comment on how it could account for the fact that it paid only a small amount of extra taxes in 2015 off reduced profits, despite making an extra $1.8 billion in revenue.

In addition, Delimiter invited Apple to comment on why its claimed profit margins in Australia appear to be significantly less than the margins it discloses globally, as well as whether the company believes it is currently complying with Australian taxation law.

Finally, Delimiter also invited Apple to comment on whether the company believed it was contributing to Australia’s tax income in a fair and proportionate manner.

The news comes as it has recently been revealed that the Australian Taxation Office is currently auditing Apple’s 2012 financial results for compliance with Australian taxation law. The company has been forced into paying €318 million to the country of Italy to settle a tax dispute, and is under pressure on the issue in a number of jurisdictions globally.

“Apple Australia pays all taxes it owes in accordance with Australian law,” he said. “Apple’s product design, development and manufacturing all take place outside of Australia. All of the sales from our operations are included in Apple Australia’s accounts. Apple Australia buys the products we sell here and we pay Australian tax on the profit on these sales. We also pay GST on every single sale in addition to corporate, payroll and fringe benefits tax. In fact, in our most recently lodged accounts our effective tax rate was above the Australian corporate tax rate of 30 per cent.”

King said Apple was “committed to Australia’s economy and its success”.

“We are transparent and open with the Australian tax office and have worked through its advance pricing agreement program since its inception to determine how to confirm the prices on the products we buy from affiliates outside of Australia,” King said.

“Just as countless other Australian taxpayers have, Apple Australia sought these agreements as part of a formal and globally recognised program to assure certainty on compliance with all relevant Australian laws. These agreements are reviewed regularly in line with normal tax office procedures to ensure Apple Australia is in compliance with all of its Australian tax obligations. The ATO has confirmed on a number of occasions that we have a cooperative relationship and we remain willing to enter into further agreements in line with normal business practice here in Australia.”

opinion/analysis
Not a huge surprise that Apple is not commenting on this situation or explaining any of the glaring discrepancies in its Australian financial results. The company — like others such as Google — will not change its habits until the law changes. Is that fair enough? Well, yes. Corporations’ first duty is to maximise their shareholders’ financial interests.

However, to my mind I would also like to see Apple — one of the largest corporations in the world — participating a little more strongly in the national and international discussion about how corporate taxation can be changed to better reflect the concept that taxation should be applied where profits are earned.

A response of “nothing to see here” is a little rich when a company is milking Australians for billions of dollars of revenue each year and paying very little corporate tax on that income.