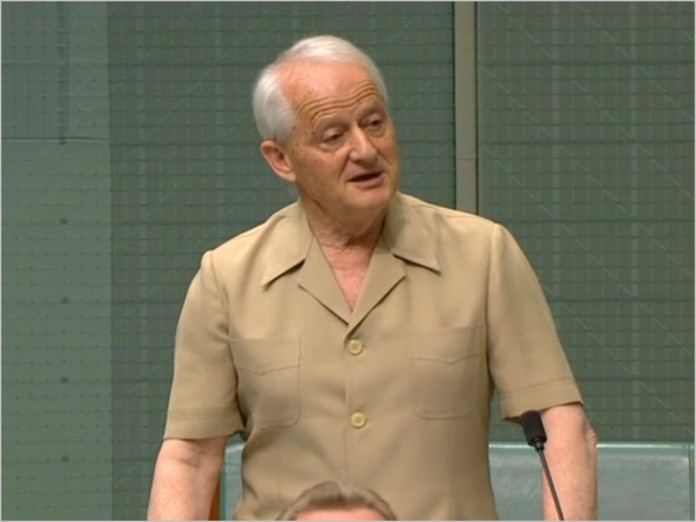 news The Federal Parliament’s human rights committee chaired by Liberal MP Philip Ruddock has found that the mechanisms in the recent data retention legislation for protecting journalists and their sources may be inadequate and may breach human rights covenants.

During the bill’s passage through the Parliament, amendments were added to the bill, under agreement with the Labor Party, which would ensure that special conditions were attached to attempts by law enforcement agencies to access metadata pertaining to journalists. The aim of these amendments was to ensure that metadata would not be frivolously used to ascertain the identity of confidential sources.

The Parliamentary Joint Committee on Human Rights — chaired by Ruddock and dominated by the Coalition and Labor, with one Greens Senator — examined the Data Retention legislation during its passage, finding a number of problems with the bill, in terms of its compatibility with human rights covenants.

However, it did not, at the time, examine the amendments pertaining specifically to journalist warrants.

In a new report published this week (it can be downloaded online in PDF format), the Committee examined those amendments. It found that while the additions did seek to better promote the protection of privacy and the right to freedom of expression by journalists, the Data Retention scheme “may lack sufficient safeguards to appropriately protect those rights, as well as the right to an effective remedy and a fair hearing”.

In particular, the report tabled in Parliament this week noted, the scheme does not enable public interest advocates (PIAs) appointed to scrutinise journalist metadata warrants to actually speak to journalists and their sourced targeted by their warrants. The news appears to have been first reported by Computerworld.

“As such, the journalist has no opportunity to provide instructions to the PIA on the substance of an application for a journalist information warrant, or to present a case against such an application, limiting the effectiveness of the PIA,” the report stated.

In addition, the Committee noted that the Attorney-General of the day could only provide the PIA on a case with a “summary” of information pertaining to it — and not the full story.

“As such, the PIA may not be in a position to effectively mount a case against an application for a journalist information warrant,” wrote the Committee. “It is unclear why it is necessary to provide PIAs with only a summary of further information if the intention of the regulation is to ensure PIAs are able to advocate in the public interest.”

And further, the Data Retention scheme makes no procedural guarantee to ensure a PIA is able to make a submission on an application for a journalist metadata warrant before that warrant was actually issued.

“As a result, a journalist information warrant may be issued without the benefit of any possible submissions that could be made by the PIA,” the Committee wrote.

With this in mind, the Committee noted that it wanted Attorney-General George Brandis to respond to such issues.

The parliament’s Human Rights Committee previously objected to a number of aspects of the Data Retention legislation. In addition, a wide variety of other groups — ranging from civil society organisations such as lawyers’ groups and Electronic Frontiers Australia — to conservative thinkthanks such as the Institute for Public Affairs — and a large number of other organisations objected to the passage of the Data Retention legislation.

The only groups which argued for the legislation to be passed were the two major sides of politics, as well as law enforcement and intelligence organisations such as the Australian Federal Police and ASIO, as well as government departments who make use of metadata.