news In an email to all staff, Apple CEO Tim Cook has reportedly called a recent incident in which black teenagers were turned away from an Apple store in Melbourne “unacceptable”.

The incident came to light after a video was posted on Youtube showing several black teens from Sudan and Somalia being asked to leave the store because a staff member thought they “might steal something.”

Apple apologised to the students afterwards and issued a statement, saying: “We believe in equality for everyone, regardless of race, age, gender, gender identity, ethnicity, religion or sexual orientation. That applies throughout our company, around the world with no exceptions.” 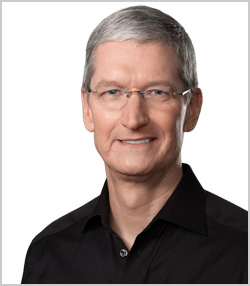 Now Cook has further made his thoughts clear on the matter, with an email to all staff.

As well as calling the incident “unacceptable”, the email further emphasises the tech giant’s commitment to diversity and says staff will be receiving extra training to avoid such incidents in the future. Cook wrote:

“Our stores and our hearts are open to people from all walks of life, regardless of race or religion, gender or sexual orientation, age, disability, income, language or point of view. All across our company, being inclusive and embracing our differences makes our products better and our stores stronger.

The Apple Store Highpoint is staffed by people who share these values and illustrate our commitment to diversity. The team is made up of coworkers from Australia, as well as Egypt, Italy, India and five other nations. Collectively they speak 15 languages, including Urdu, Portuguese, Arabic and Mandarin.

While I firmly believe that this was an isolated incident rather than a symptom of a broader problem in our stores, we will use this moment as an opportunity to learn and grow. Our store leadership teams around the world, starting in Australia, will be refreshing their training on inclusion and customer engagement. These are concepts and practices they know well, but can always stand to reinforce.”

Read the full email at Buzzfeed.