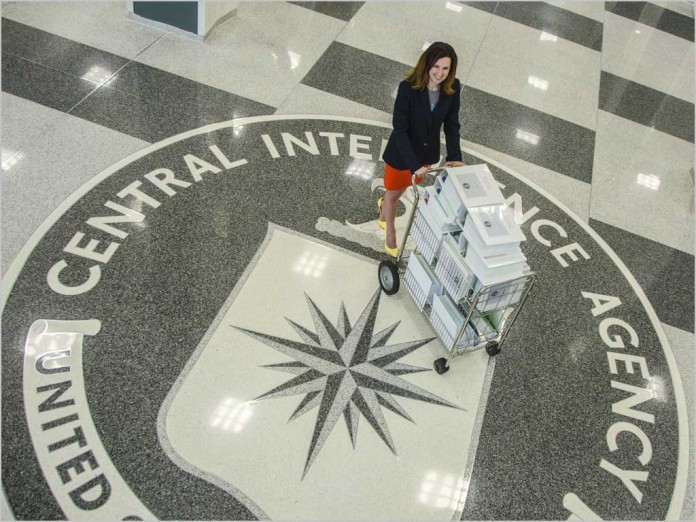 news Prime Minister Malcolm Turnbull has reportedly brought in one of the chief architects of the controversial Data Retention legislation — an advisor who was known to have worn CIA cufflinks into the Senate Chamber — to act as one of his key security advisors.

Attorney-General George Brandis introduced the controversial Telecommunications (Interception and Access) Amendment (Data Retention) Bill 2015 to Federal Parliament in late October 2014, after the policy behind the bill had already been debated for a number of years. It passed the Parliament in March 2015.

The bill proved controversial and was the subject of a long, drawn-out parliamentary fight between crossbenchers such as the Greens, Liberal Democrat Senator David Leyonhjelm and independent Senator Nick Xenophon, who were bitterly opposed to it, and the Coalition and Labor, who supported the bill.

It also proved unpopular with the public, because the legislation for the first time forces Australian telcos and Internet service providers to retain comprehensive records on their customers’ Internet and telephone habits for a period of two years.

With the exception of a small cluster of law enforcement agencies, the bill was almost universally strongly opposed by industry, civil society organisations and a number of other stakeholder organisations, even including the conservative Institute for Public Affairs.

In late October, the Guardian reported (we recommend you click here for the full article) that new Prime Minister Malcolm Turnbull had hired Justin Bassi, one of the chief proponents of the scheme, to be one of his key national security advisors. The Guardian reported:

“Frances Adamson, currently Australia’s ambassador to Beijing and formerly chief of staff to Labor minister Stephen Smith in both the foreign affairs and defence portfolios, will be international adviser overseeing foreign and national security policy. Her team includes Justin Bassi, a former acting assistant secretary of the Attorney-General’s Department in charge of cyber security and most recently an adviser to the attorney general, George Brandis, and long-term Turnbull adviser Peter Anstee.”

When the Data Retention legislation passed in March, Brandis publicly thanked Bassi for his work on the policy and steering the legislation through the Parliament.

“I want to thank my colleagues, particularly my colleague Malcolm Turnbull, who introduced this legislation and handled it in the lower house; Mr Anthony Byrne, the former Chair of the Parliamentary Joint Committee on Intelligence and Security, who conducted the committee through the hearings during the last parliament with notable skill and nonpartisanship; and Mr Dan Tehan, the member for Wannon, who displayed a similar spirit during the inquiry into the bill in this parliament,” said Brandis in the Senate.

“May I thank the opposition, in particular the shadow Attorney-General, Mr Dreyfus, for its support of this important measure. Lastly, may I thank my staff, in particular Justin Bassi, my adviser, and Emma Swinbourne, from my office, for the very hard work that they have put into this legislation.”

In an earlier debate, Brandis also mentioned Bassi in the Senate Chamber, in response to a point made by Senator Xenophon.

“My adviser Mr Justin Bassi here, who is the person you spied shaking his head before,” he told Xenophon, “is extremely well informed about these matters, about the American system. Indeed, I notice he is even wearing his CIA cufflinks today in honour of the occasion—just to feed the paranoia of Senator Ludlam over there.”

Brandis has also publicly thanked Bassi in Parliament on two other occasions, according to Hansard. ” I have the immense good fortune to have as my advisers some of the most talented men and women in the service of the Commonwealth of Australia,” he said on one occasion.

Not much is publicly known about Bassi. No biography for the advisor appears online. His position with Brandis known to have been simply “National Security Advisor”. Currently he is listed as working in the Department of Prime Minister and Cabinet in the “Cyber Policy Branch”.