news The Federal Government has categorically bungled the implementation of its controversial Data Retention policy, with data released by the Communications Alliance today showing the Attorney-General’s Department has proven comprehensively unable to successfully administer the scheme.

The Government’s Data Retention legislation passed Parliament in March this year. It requires that all Australian telecommunications carriers store significantly more data on their customers than they were previously holding, including records pertaining to all emails, telephone calls and SMS messages. The scheme was slated to come into effect today.

However, today the peak industry representation group, the Communications Alliance, released data showing that the Attorney-General’s Department has proven unable to administer the scheme successfully.

The survey — which polled many dozens of Australian telecommunications companies — showed that the majority had lodged so-called implementation plans with the Attorney-General’s Department detailing their plans to implement the scheme.

As a result, about 82 percent of the 63 companies who responded to the survey will not be compliant with the legislation which comes into force today, despite their own best efforts. 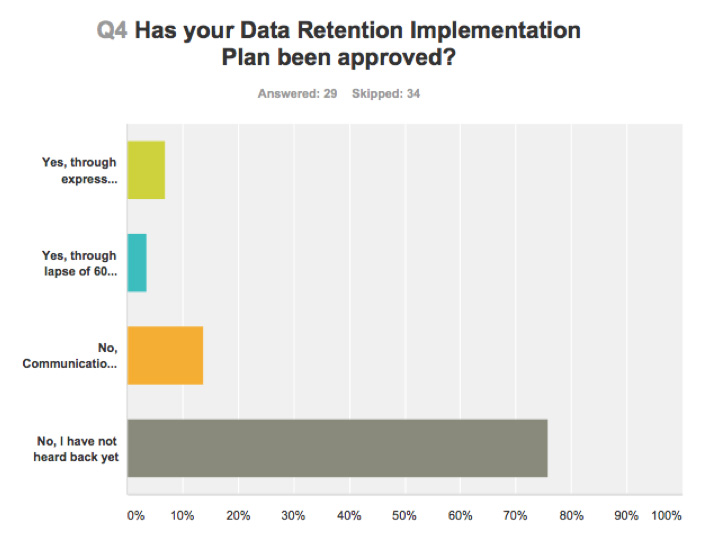 The survey found that over two thirds of companies who responded were not confident at all or only somewhat confident that they had actually understood what exactly is required of them under the scheme. Only 16 percent are ‘ready’ to retain and encrypt the data as required.

Further, most ISPs have lodged, or plan to lodge, applications for exemptions from particular aspects of the Data Retention scheme which they find difficult to comply with. 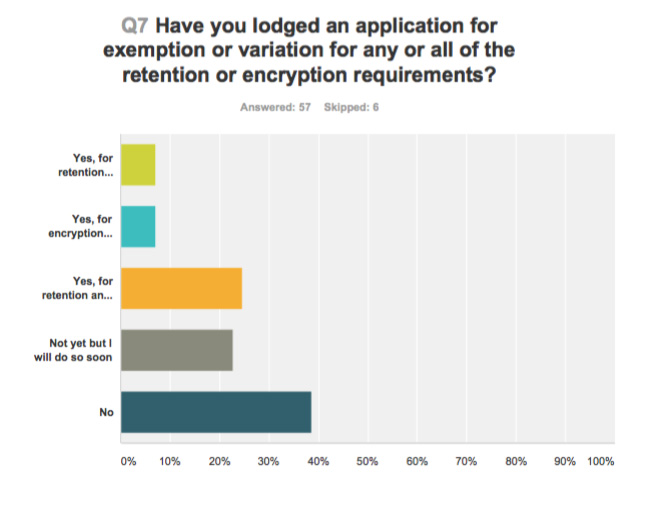 Communications Alliance chief executive John Stanton said the results highlighted the magnitude of the challenge ahead for all stakeholders if the industry was to achieve compliance with the new laws.

“It is no surprise that many service providers won’t be compliant when the legislation comes into force — many of these because they are still waiting to hear from Government as to whether their implementation plans have been approved,” he said. 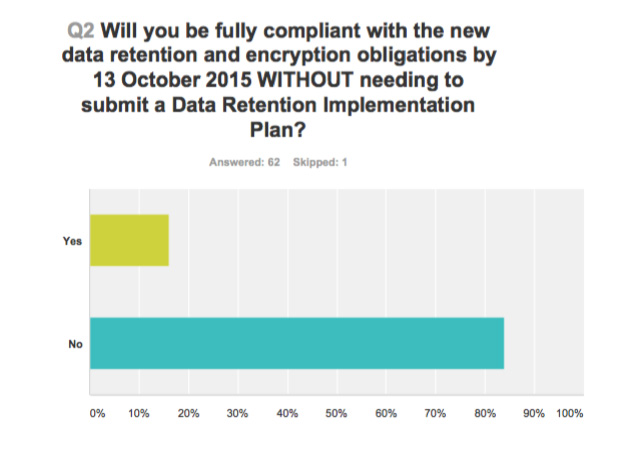 Before the legislation was passed in March, most of the major players in Australia’s telecommunications industry (Telstra, Optus, iiNet and so on) filed a joint letter with the Government, seeking certainty regarding how much of their implementation costs they could expect to be reimbursed by the Government. However, Stanton noted that the ISPs had still — more than six months later, and with the scheme supposed to go live today — to receive any certainty on the issue.

The survey indicates that costs for implementing the scheme cover an extremely wide range — from less than $1,000 to more than $10 million.

“All providers are still waiting to hear from Government as to how it will apportion the $131.3 million that has been pledged in assistance to partially meet the set-up costs that service providers – and ultimately their customers – are facing as a result of the regime.”

“The Government has indicated it will consult with industry in coming weeks on how to apportion the subsidy and this remains an urgent task, as service providers are now having to commit to investment decisions without knowing how much of that spending will remain unfunded.”

“In light of the survey results, the onus remains on Government to work constructively with industry – and not rush to enforcement – over coming months to help providers come into line with what is proving to be a very challenging and somewhat confusing impost on the industry.”

The full survey results can be downloaded in PDF format here.