news iiNet’s highest profile technology executive Greg Bader has added his name to the growing number of staff departing the national broadband provider in the wake of its acquisition by rival company TPG.

Bader served as iiNet’s chief technology officer from 2003 through 2012 and became one of the most public faces of the company, alongside founding chief executive Michael Malone. He shifted into a role as iiNet’s chief business officer in May 2012, leading the company’s expansion into providing services for businesses, and also served as a director of the now-defunct Internet Industry Association. 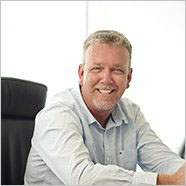 However, a number of media outlets including Crikey have reported over the past several weeks that Bader had left iiNet in the wake of the company’s acquisition by TPG, and the executive has now updated his LinkedIn profile to note that his role at iiNet finished in September, and that he is now on a ‘Horticultural Sabbatical’.

Bader is far from being the only senior executive to have departed the company over the past several months.

TPG immediately reportedly turfed iiNet’s chief executive officer David Buckingham following the acquisition, as well as its board. The company also dramatically shook up iiNet’s relationship with Internet television platform FetchTV and dumped South Australia-based technology public relations agent John Harris from his contractual role with iiNet and Internode, which had lasted for the past 15 years.

However, more junior staff may be facing a more certain future under TPG. TPG told iiNet staff shortly after the acquisition that it would maintain the iiNet and Internode brands as well as the pair’s call centre operations. At its most recent annual results session it noted it would change iiNet’s product set, as well as consolidating and improving its IT systems.

TPG’s acquisition of iiNet ends one of the most successful runs by an Internet service provider in Australia’s telecommunications market.

iiNet was one of Australia’s best-loved broadband providers. Famously founded by entrepreneur Michael Malone in his garage back in 1992, the company had earned a reputation for solid network and customer performance, as well as innovation and challenging the dominance of Australia’s largest telco Telstra. Along the way, iiNet itself swalled dozens of other smaller companies, including sizable concerns such as Internode, Westnet, Netspace, OzEmail, Adam Internet and more.

The company’s acquisition by rival TPG has raised eyebrows in the telecommunications industry, as it will substantially consolidate the industry down from five major players to four. However, the Australian Competition and Consumer Commission did not oppose the merger, based on the principle that TPG would still face three other major competitors — Telstra, Optus and M2.

opinion/analysis
I’m sad — but not surprised — to see iiNet loyalists such as Greg Bader leave the company in the wake of the TPG acquisition. This is pretty much expected, given the fact that the cultures of the two companies are so radically different. For many iiNet staff, it will feel like a logical time to jump ship.