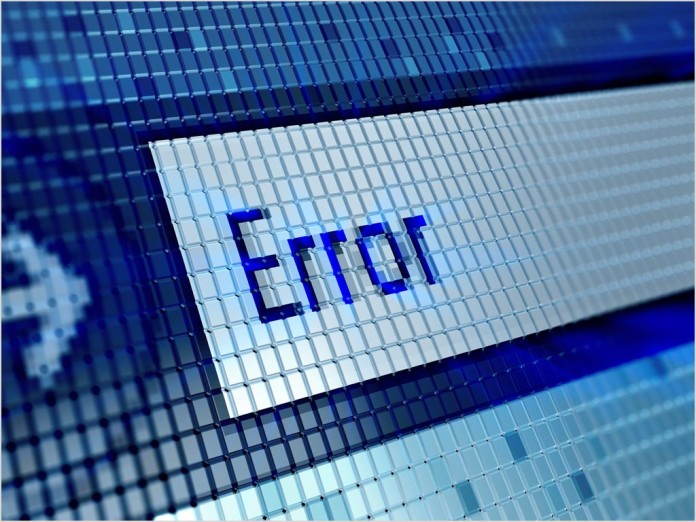 opinion The ACCC’s move to allow TPG’s buyout of iiNet is an appalling decision which will finally complete the long-running, gradual death of actual competition in Australia’s broadband market. The tragedy of the situation is that the well-meaning regulator has nevertheless contributed to the process at several key points along the way.

The decision announced this morning by the Australian Competition and Consumer Commission to allow TPG to acquire iiNet is the telecommunications industry’s equivalent of the infamous trip taken by former House of Representatives Speaker Bronwyn Bishop to a Liberal Party fundraiser in Geelong.

At the time, Bishop argued that the trip was legitimately within the definition of allowed activities within her parliamentary entitlements. This claim may very well have been true. However, as Treasurer Joe Hockey added, it failed the “sniff test”. Even if technically allowed, there was absolutely no doubt that the vast majority of the public would not have approved of the use of public funds in this manner.

The ACCC’s decision with relation to TPG’s acquisition of iiNet likewise most likely meets the letter of the law with respect to its role adjudicating market competition in Australia.

I spoke to ACCC chair Rod Sims about the decision this morning, and I have no doubt that the regulator is acting intelligently and thoughtfully with regard to this decision. It is, after all, the foremost expect on its own Act, and it is likely that its decision meets the technical requirements of the legislation, which prohibits mergers resulting in a “substantial” lessening of competition.

iiNet’s position in Australia’s broadband market has always been premised on two factors. The first is its continual role as a customer champion, which has seen it constantly introducing new products such as uncapped ADSL1 broadband, ADSL2, ADSL2+, Internet telephony and television, as well as solid customer support, the technical competency of its networks and defending digital rights in the courts and against draconian legislation such as the Internet filter and data retention.

The second is price. iiNet’s broadband services have always been a degree cheaper than those provided by the top end of town — major providers like Optus and Telstra who have been determined to keep their profit margins intact. However, the company has always charged more than cut-rate providers like TPG and Dodo.

What Australians have always gotten from iiNet is a customer champion determined to make their broadband better, coupled with very good services and middle of the range prices that we have been happy to pay.

The ACCC is clearly deeply aware of these factors which have let to iiNet’s unique position in the market.

Sims told me that iiNet’s continual role as an innovator in the market was one of the key points which made this such a hard decision for the regulator — people repeatedly raised this issue with the regulator during its consultation process. And the regulator is also keenly aware of iiNet’s position in the mid-market.

The Act itself requires the ACCC to take a number of factors into account when judging the definition of “substantial” — ranging from the height of barriers to entry to a market to the degree of its vertical integration and other characteristics such as growth, innovation and product differentiation.

However, ultimately the ACCC does look at markets numerically, and the fact is that the departure of iiNet from Australia’s broadband market will still leave four major players — Telstra, Optus, TPG and M2.

Sims acknowledges that there will be an impact on the market from iiNet’s depature. However, ultimately the ACCC believes that firstly, TPG should be motivated to continue to serve the iiNet customers it will acquire, and that secondly, if TPG’s buyout of iiNet causes a huge gap in the market, one of the three other major players will step in to fill that gap.

On paper and with relation to traditional competition theory, this constitutes solid logic. It also fits in with the prevailing Australian sense of markets — we don’t seem to mind a small number of strong players. Think Coles and Woolworths, or Qantas and Virgin. The examples are endless.

However, in practice I believe Australia’s broadband market will be impacted much more severely than the ACCC believes by TPG’s buyout of iiNet.

The first problem is that it is extremely unlikely that any of Australia’s other major telcos will step up to become an innovative force in the market. TPG has long held a position as a cut-rate provider in the market and doesn’t tend to push the envelope, while our national incumbent Telstra has a strong vested interest in the status quo. Optus has continually failed over the past decade to innovate in fixed-line broadband in Australia, and has suffered a stagnating market share in that sector as a result.

M2’s brands — principally iPrimus and Dodo — again, are not viewed as sources of innovative products in Australia’s broadband market. iPrimus was failing to make traction with customers when M2 bought it, while Dodo, like TPG, is a cut-rate provider.

Then too, the removal of iiNet from the market relieves competitive tension on all of the other players.

The truth is that companies like TPG and Dodo — which compete at the bottom, price-conscious end of the market — do not truly bleed customers from the likes of Telstra and Optus, who primarily serve the higher, more affluent end of the market. The removal of iiNet from Australia’s broadband market will likely leave all of these players further to their own devices. TPG could, theoretically, leave iiNet’s existing broadband plans intact. But it has not done so in the past when acquiring others — its standard tactic is to unify its offerings at the bottom of the market.

At this stage in Australia’s telecommunications history, iiNet is probably the only broadband player to sit squarely in the mid-market, challenging both TPG with better customer services and add-on products, while also challenging Telstra and Optus with cheaper prices and continued innovation.

The ACCC’s contention that other players will jump in if TPG stops serving mid-market iiNet customers well is not bourne out by reality. Optus has very little energy for the fixed-line broadband market and concentrates its efforts on mobile, Telstra merely wants to maintain its margins and will force those customers to pay higher prices for services they were getting through iiNet, and TPG itself will keep focusing on the bottom end of the market.

M2, while an interesting sideline, does not yet represent a serious threat to any of these players, with the diverse stable of brands it saved from their own financial failures not truly shaping the market in any way. It is not yet a strong player like iiNet.

The tragedy of the ACCC is that it has had many different opportunities over the past 15 years to stop the extreme consolidation of the market from taking place. The regulator could have stepped in a number of times to stop iiNet’s own consolidation of the broadband market — blocking it from reducing consolidation in Western Australia through the acquisition of Westnet, South Australia through the acquisitions of Internode and Adam Internet, and in Victoria through Netspace. Any of these companies could have grown further and remained as strong tier two players in Australia’s future broadband space.

The ACCC also could have increased — instead of destroyed — market competition in Australia’s broadband sector by deciding that the nascent National Broadband Network would feature only 12 Points of Interconnect instead of the 121 it ended up with. Internode founder Simon Hackett warned after that decision that it would lead to market consolidation in Australia — and he was, as he usually is, precisely right.

At all of these points, the ACCC has taken the decision which appeared right on paper. But the fact is with a long-term view, that the extreme explosion in competition after the deregulation of the telecommunications market in 1997 has been almost entirely wound back since that time.

Australia now has just three major mobile carriers — with the largest player Telstra bolting on customers at a rate of knots and the others stagnating — and just four major fixed-line broadband players, with every innovative player have been acquired and no real competition left between the companies left.

There is no doubt that the ACCC means well when it comes to its judgements on Australia’s broadband sector. And it has valid reasons for making each individual decision that it has. But like any well-meaning bungler, this doesn’t change the fact that its actions have, over the long-term, significantly decreased competition in Australian broadband rather than increasing it. That fact is indisputable.

The problem with the ACCC’s reasoning is that, like Bishop’s helicopter ride to Geelong, its may look good on paper, but it does not pass the “sniff test” of common sense.

One simple question illustrates just how far the ACCC has bungled this.

Upon his return to lead Apple in 1997, Steve Jobs famously flew into a rage when confronted by a legion of competing products instigated by his predecessors which were not clearly differentiated by customer type. “I had people explaining this to me for three weeks. I couldn’t figure it out,” the Apple supremo said in his biography, when faced with a dozen different versions of the Mac. He eventually began asking his product managers simple questions like: “Which ones do I tell my friends to buy?”

The ACCC’s decision with iiNet this morning leaves technically minded Australians with a similar quandary. People often ask me which ISP they should choose. Most of the time, I want to recommend a mid-market ISP with reliable service, decent customer support, and prices which aren’t too high or too low. It would help if the company acts as a good citizen in not caving in instantly to Government surveillance or Internet censorship demands. That’s why, for a long time, I’ve been recommending iiNet.

As of today, there is no such broadband provider in Australia — there is nobody to recommend. I don’t know who tell others that they should buy broadband services from. And that doesn’t represent a failure of market competition, I don’t know what does.