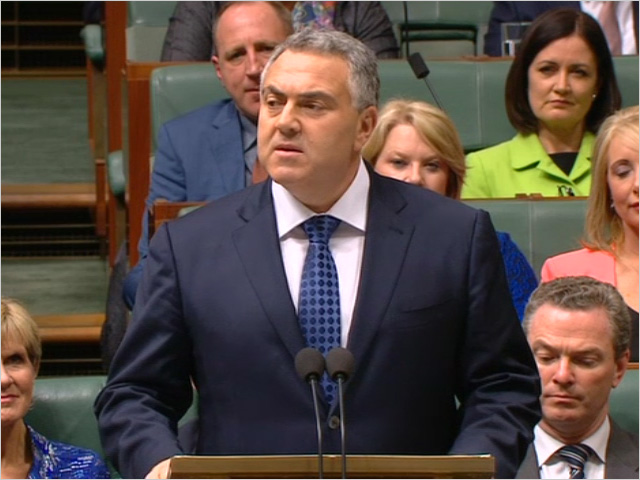 news Treasurer Joe Hockey has asked the Productivity Commission to commence an inquiry into Australia’s intellectual property arrangements, in a move which will see the nation’s copyright regime reviewed yet again, following a series of similar reviews.

In a statement, Treasurer Hockey and Small Business Minister Bruce Billson said the inquiry will examine whether Australia has the right balance between promoting competition and protecting intellectual property, while considering international trade obligations.

This inquiry, the two Minister said, delivered on a key recommendation of the Harper Review into Competition Policy, which was released on 31 March this year.

The Productivity Commission will consult “broadly” with government and non-government stakeholders in developing its recommendations and is due to report within 12 months. Public consultation will be undertaken as part of the inquiry.

The terms of reference for the inquiry call for the Productivity Commission to firstly examine the effect of the scope and duration of protection afforded by Australia’s intellectual property system on research and innovation, including freedom to build on existing innovation; access to and cost of goods and services; and competition, trade and investment.

Secondly, the inquiry will recommend changes to the current system that would improve the overall wellbeing of Australian society, which take account of Australia’s international trade obligations.

And lastly, the Government has listed a number of items which the Productivity Commission must have regard to in undertaking the inquiry, including Australia’s international arrangements, the IP arrangements of Australia’s top IP trading partners, the relative contribution of imported and domestically produced intellectual property to the Australian economy, and more.

The news comes, however, as wider moves on intellectual property are afoot.

The Government has still not responded to the Australian Law Reform Commission’s review on copyright and the digital economy, which was published in February 2014. The terms of reference outlined by the Government today include the fact that the Productivity Commission should consider that review and a number of other reviews into intellectual property policy.

In addition, Australia is likely to be forced to shortly consider dramatic changes to its IP regime to bring it in line with recommendations stemming from the controversial Trans-Pacific Partnership being considered in the US and in other affected countries such as Australia.

And last week, the Attorney-General’s Department announced it had commissioned an economic analysis of some of the recommendations made in the ALRC’s review, including the proposed fair use exception to Australian copyright law.

opinion/analysis
Wow. How many consecutive reviews of Australian intellectual property policy are we up to at the moment? Six? Seven? A dozen?

There comes a point, and we are definitely at this point with respect to this issue in Australia now, that the Government needs to stop asking for more reviews, and actually do something. Australia’s intellectual property regime needs updating — we can all admit that at this point — and there are some very serious and independent recommendations for doing that, from organisations like the ALRC.

Let’s see some decisions made and actions taken — based on the extensive research already conducted.