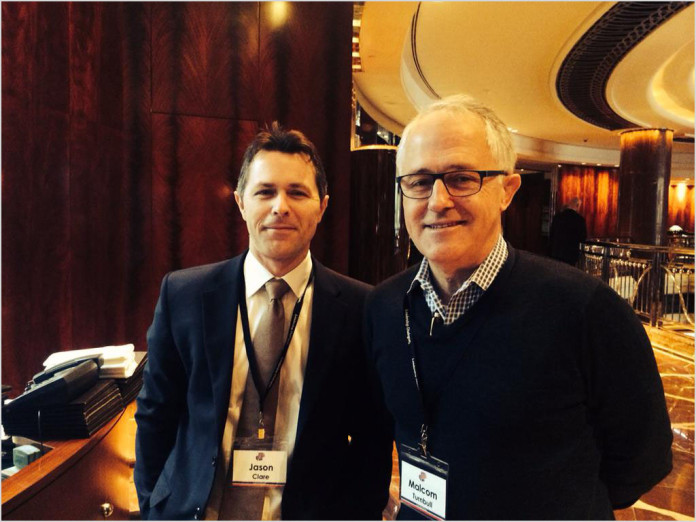 If you attended the Australian American Leadership Dialogue in Melbourne over the weekend, you might have caught a most unusual sight: Australia’s noble Communications Minister Malcolm Turnbull, and his Shadow, Jason Clare, breaking bread together in a most congenial display of bipartisanship.

This picture was tweeted by Julie Inman Grant, the public policy lead for Twitter Australia, who also appears to have been attending the event. According to the executive, the pair enjoyed a “morning coffee together”. Also at the conference, according to Inman Grant, were representatives from a number of American tech companies — Instagram, Amazon Web Services and Salesforce.com. Interesting.

Our only question is what the pair had been saying to each other. Any thoughts? Post your suggested caption in the comments below.

This photo also reminds us a fair bit of the picture below — taken when Turnbull was Shadow to Communications Minister Stephen Conroy. What both photos show — and what is not perhaps well understood outside political circles — is that politicians (and their staff) from opposing parties are usually quite congenial to each other in public at events — even if their relationship is acrimonious in the two parliamentary chambers or at press conferences. They’re often in each other’s company, after all — it usually pays to get along. 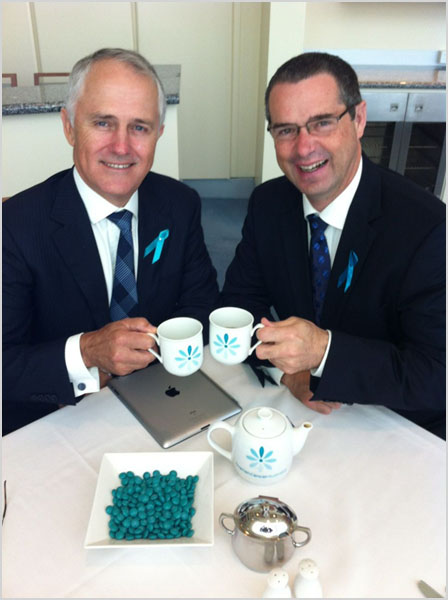