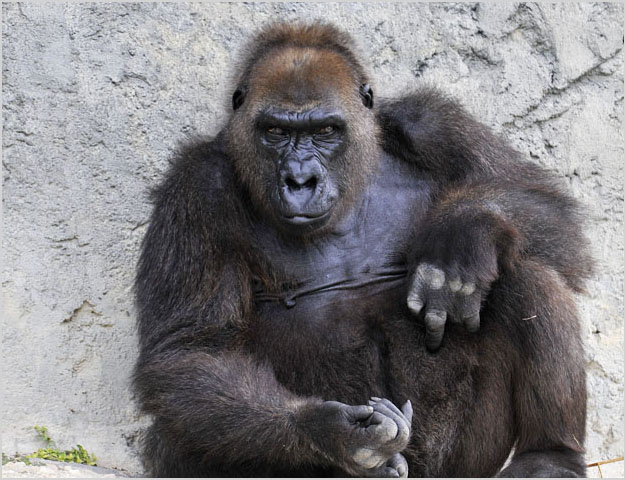 news The nation’s incumbent telco and industry-described 800 pound gorilla Telstra is still abusing its quasi-monopoly powers and not treating its wholesale broadband customers the same as its retail customers, the national competition regulator has warned, as debate continues to swirl about the telco’s role in the future National Broadband Network rollout.

Telstra occupies a unique position in Australia’s national telecommunications industry. Through its retail divisions, often under the BigPond banner, it sells broadband, telephone and other services to retail customers — ordinary residents and businesses. However, Telstra’s wholesale division also sells services to other telcos such as Optus, iiNet and TPG so that those rivals can sell their own services to retail customers in competition with Telstra.

This model is known as vertical integration and is commonly found with ‘incumbent’ telcos — national operators formerly owned by governments and which used to have 100 percent monopoly control of the telecommunications sectors they operate in.

One of the principle documents keeping Telstra from unfairly abusing its market power in this situation is Telstra’s Structural Separation Undertaking and migration plan, which the Australian Competition and Consumer Commission accepted in February 2012. The document specifies Telstra’s commitments to migrate its customers onto NBN Co’s infrastructure and promote equivalence of service to wholesale customers, as well as transparency, during that period.

However, according to the ACCC’s most recent report on Telstra’s adherence to the agreement — tabled in Parliament yesterday and available online in PDF format — Telstra is not precisely adhering to the rules.

The document noted that Telstra “continued to encounter difficulties in fully complying with several of its SSU commitments and in some instances failed to deliver similar outcomes to wholesale and retail customers”. It gave several examples of how this was occuring.

In the first example, Telstra was failing to properly “ring fence” the information Telstra’s wholesale division was holding about its wholesale customers (other telcos).

The ACCC noted that Telstra was responded to the breaches in a positive manner; had provided the industry with additional transparency, and was generally successful at identifying the breaches itself through its own internal processes.

“That said,” the ACCC added, “the potential for competitive harm remains ongoing, and hence there is a need for Telstra to safeguard against these breaches of the SSU continuing or recurring during the transition to the new industry structure.”

“Telstra has undertaken and continues to undertake significant remediation of these breaches. While this work is ongoing, at this stage, Telstra does not expect that it will have fully remediated its operational systems to properly ring fence the Protected Information of Telstra wholesale customers until the end of 2014. Telstra will need to carefully manage these operational support systems in order to fully comply with the SSU’s equivalence obligations.”

“The ACCC considers that on the information currently available, Telstra’s remediation program, which is scheduled for completion by 31 December 2014, as well as Telstra’s ongoing commitment to ensuring compliance with the SSU, will be capable of preventing the type of breaches that are outlined in this report from recurring.”

“The breaches identified in this report are examples of the perennial competition issues arising from Telstra’s vertical integration and demonstrate the importance of the SSU to ensure equivalence and transparency until structural reform of the telecommunications sector is realised,” ACCC Commissioner Cristina Cifuentes said in a statement.

The news that Telstra is still struggling to treat its wholesale customers will call into question (to a certain extent) the Federal Government’s current strategy with respect to NBN Co’s infrastructure rollout.

Under Labor’s previous National Broadband Network policy, Telstra was to be separated from its fixed networks entirely and become a retailer like other telcos. However, the Coalition’s Multi-Technology Mix approach could see Telstra continue to own and operate portions of its HFC and copper networks, meaning the same structural separation issues mentioned by the ACCC in its report could still come into play.

opinion/analysis
This report demonstrates, as I have stated repeatedly, that operational separation of Telstra’s wholesale and retail divisions is not sufficient to ensure strong competition outcomes in Australia’s telecommunications sector. I strongly believe, as do others in the industry (especially Optus, which has long struggled with this issue) that Telstra’s wholesale and retail divisions should be structurally separated from each other into separate companies, as the incumbent’s operations have been in other countries such as New Zealand.

Only then will Telstra’s wholesale customers be abel to expect to receive fair treatment from it.

Labor’s NBN policy, of course, which focused on overbuilding Telstra’s copper network, would have resolved this structural industry problem once and for all. The Coalition’s MTM mix option will likely continue to see this issue entrenched, particularly as Telstra chief executive David Thodey recently stated that Telstra would seek to continue to own one of its copper or HFC cable networks.