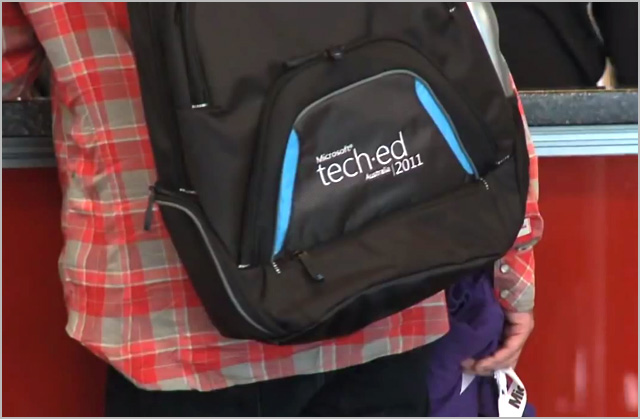 news Microsoft has confirmed it will radically overhaul its giant TechEd conference in Australia in a way that will essentially spell the end of the iconic conference in its traditional mega-format, with the company confirming it will hold smaller TechEd conferences in Sydney and Melbourne in October and additional dates and cities in planning for early 2015.

For those IT professionals who work closely with Microsoft software, and especially the company’s widespread developer community, the trek to the company’s annual TechEd conference has become something of a global pilgrimage.

The local event is typically held at the Gold Coast Convention and Exhibition Centre in September each year (as well as locations in other countries on a rolling basis), and features a bevy of imported technical leaders giving keynotes about Microsoft products and wider trends, as well as dedicated training and education sessions on virtually every topic possible to discuss about Microsoft products. Microsoft’s extensive partner ecosystem also attends and presents, and there are numerous parties, dinners, networking events and giveaways (including the iconic TechEd bags, seen above) each year.

However, over the past month speculation had increasingly focused in Australia’s technical community about whether Microsoft was still planning to hold its annual TechEd conference in Australia. The dates for TechEd New Zealand 2014 had been announced (9 to 12 September), but Microsoft had not confirmed the Australian dates for the local event.

Delimiter had received unverified information to the effect that squabbles between Microsoft Australia’s internal divisions about how the event would be funded have meant the event was likely to be drastically reshaped in Australia this year and might end up being organised as a series of smaller events rather than the one large mega-conference over several days.

This week Microsoft published a note on its TechEd Australia site noting that it was “excited” to announce that in 2013, TechEd would be held in multiple Australian cities, “in order to increase the accessibility to Australia’s premium learning conference for technical professionals”. “This new approach will provide the opportunity for more people to benefit from the TechEd experience throughout the year,” the company said.

Initially, Microsoft has planned mini-TechEds for Melbourne at the city’s Convention Centre on 7 and 8 October, as well as in Sydney’s Moore Park on 27 and 28 October.

“Furthermore, to align with the increasing speed of technological progression seen in the IT industry, additional dates and venues are already being planned for early 2015,” the company said. With constantly evolving content based on up to the minute trends and issues, more frequent TechEd conferences equates to a superior learning opportunity for all technical professionals.”

The news was greeted with dismay by much of the company’s local community. “First @Microsoft burned IT Professionals by killing TechNet. Now #AUTechEd has been torn in two. Bad move. #NotHappyJan,” wrote one twitter user. “Some what saddened by the death of the ‘old school #AuTechEd’,” wrote another. And a third said: “#AuTechEd Would rather see rockstars like Ben Armstrong, Scott Guthrie, Rick Claus at big event than cover bands at a local concert.”

“Just don’t tell your boss that #auteched has changed and spent a week on the Goldie drinking and eating at buffets. Same thing,” added one wag.”
The move comes as part of a wider trend towards decreasing the importance of such large conferences in Australia. Networking giant Cisco, for example, which used to host its giant Networkers conference in Australia in a similar fashion to TechEd, now opts for a less high-profile event called Cisco Live.

And even the giant CeBIT conference held each May has been forced into reshaping itself for this year’s event which started on Monday this week, with the event to be held significantly away from Sydney’s central business district in Olympic Park, due to the ongoing reconstruction of the Sydney Convention and Exhibition Centre in Darling Harbour.

“I have to say, radically reshaping TechEd as Microsoft appears to be planning to do has its good points and its bad points. If the conference does go to a series of smaller events around Australia, there is no doubt that it will be harder for Microsoft Australia to attract the big international keynote speakers for such events, and many conference attendees will be disappointed by the lack of the big centralised event on the Gold Coast.

However, Microsoft’s product cycle has recently changed significantly due to the onset of the cloud computing paradigm, meaning it largely no longer has many huge products on one, two or three year refresh cycles that it needs to get its developer and IT professional community educated on in one big event each year. It may suit the company better to have a series of smaller events, perhaps held more regularly to reflect ongoing education.

I’ve been to quite a few TechEds in Australia over the years. I, and many others, share an emotion for the conference which can only be described as a deep fondness. There are so many memories — both during the day and at the parties at night. However, things do move on, and all good things come to an end. Perhaps it’s that time for TechEd Australia.

Let’s just hope Microsoft continues to give out those backpacks every year anyway. I still see them everywhere — airports, at other conferences, around the CBD. They’re an iconic part of Australia’s technology landscape.”

To address some of the criticism, I’d like to see Microsoft quickly announce significant developer and partner events (they don’t have to be called ‘TechEd’) in other locations around Australia — Perth, Adelaide, Brisbane/the Gold Coast and possibly even Canberra (there are a lot of ‘Softies in the Federal Government). If the company is going to water down TechEd and give it a more local focus, it needs to show commitment beyond just Sydney and Melbourne.

A good goal for the company would be to get more attendees in aggregate to its multiple events than it could get to a single large TechEd. That would at least demonstrate a solid return on its investment and justify the change.