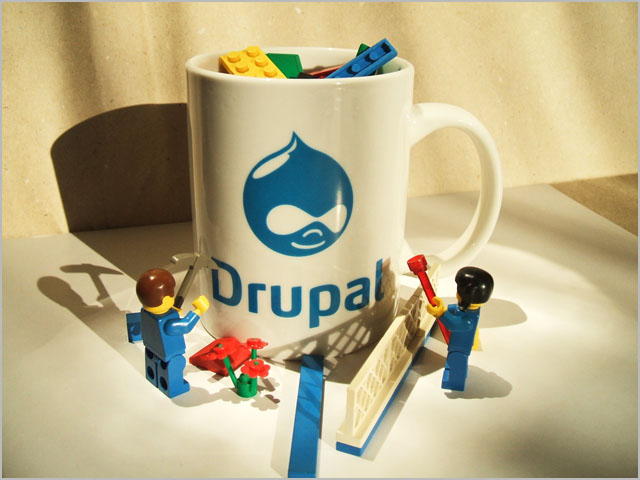 news The Federal Government has revealed long-range plans to migrate its public-facing websites to Drupal on a software as a service (cloud computing) basis, in a move which could end up seeing around a third of the government’s 1,200 odd-sites migrated off commercial and other alternatives and onto the open source platform.

Drupal is an open source content management framework written in PHP and distributed under the GNU General Public Licence. LIke competing platforms such as WordPress and Joomla, it is essentially a front end with a user-friendly administration graphical user interface which requires a backing database sitting on a web server. It has emerged as a popular CMS platform for government use, with major sites such as that of the US White House using it for their websites.

In a blog post published yesterday on the Department of Finance’s website, Federal Government chief technology officer John Sheridan alerted potential suppliers that the Government had decided to standardise on what he termed a “Government Content Management System” or GovCMS for its departments and agencies.

An associated tender document published by Sheridan noted: “A recent website survey conducted by Finance identified upwards of 1,200 websites across the Australian Commonwealth Government. Many of the sites are static, with limited complexity and consume significant resources from either the internal IT department, or through an external hosted arrangement. Many websites also use commercially licensed software, which incur annual maintenance costs to keep up to date.”

“The website survey, and interviews conducted through the feasibility study found that many small agencies do not have the resources to ensure that Commonwealth website standards around security accreditation and accessibility obligations are maintained.”

The solution the document outlines is for Finance to provide access to a standardised, SaaS-based cloud platform based on Drupal. Migrating to this platform would have the objectives of delivering cost-savings through coordinating activity across government; making it easier for agencies to comply with government policies and standards, and using open source software to share code, modules and applications between agencies.

“Sharing code, modules and applications between agencies is expected to reduce development costs, and will develop modules that suit the needs of APS agencies,” the document states. “We expect all code and modules developed for use in the open source platform would be made freely available for all Government agencies (and the wider open source community) to freely utilise modules developed for the chosen open source platform.”

Questioned on the choice of Drupal, which is not the most popular web CMS platform (having been superceded by others such as WordPress), Sheridan defended the choice in the comments field under his blog entry.

“We have two primary requirements – an open source solution and the use of the public cloud,” the CTO wrote. “Both are directed by policy. Leaving the latter alone as it doesn’t appear to be in dispute, let me address the former. We (Finance and agencies more generally) have invested significantly in Drupal in accordance with the open source policy. Continuing in this way offers benefits that appear, at this stage, to outweigh the costs.”

“While other open source platforms exist, indeed we use WordPress for our GovSpace offering, Drupal appears to offer the best enterprise-level as shown by our previous extensive analysis. A change would introduce significant complexities in the acquisition and deployment, delaying the outcome.”

It is envisaged that of the 1,200 government website tracked by the Department of Finance, up to 450 would be transitioned onto the Drupal SaaS platform within four years under the most ambitious use case scenario, although the most conservative scenario would see much less — up to 200 — transitioned.

opinion/analysis
I have to say that this is a fantastic initiative, and one that perfectly demonstrates what centralised government IT decision-making groups of the kind that Sheridan represents can do when they successfully find that ideal point between government procurement, public interest outcomes, financial savings and wider use and support of community-driven initiatives such as open source software. This kind of thing, in short, is why I like Sheridan so much ;) He always seems to be at the forefront of these kinds of ideas.

There are just so many great angles to this. The use of open source software, which, after all, powers most of the Internet at the moment, is a natural fit and will allow cross-jurisdiction collaboration — both, as the documents mention, within the Federal Government but also with other Australian governments such as the states, and internationally with jurisdictions such as the US, UK and Canada.

The cloud angle is also fantastic. Every major organisation is currently engaged in putting their public-facing websites onto cloud computing infrastructure from companies such as Amazon Web Services — even the major banks. The Federal Government, with its hundreds of websites, needs a coordinated way to do this. And it means that as traffic grows, the sites will be scalable.

Of course, vendors publishing commercial web CMS packages will doubtless be unhappy with the move, as they will now find it hard to win Federal Government work and may lose some existing contracts. But the truth is that much of the web is now hosted on commodity open source software, which is good enough for almost anyone.

The Federal Government’s web hosting needs shouldn’t be that complex — FOSS should be more than good enough. If a department has a need for a more complex system which interweaves with internal systems, then sure, look at something more complex. But many Government sites just provide basic public information in HTML, with basic forms and some PDF docs. These don’t need complex IT platforms underpinning them.

I don’t like Drupal specifically myself — I vastly prefer WordPress, as I find most individuals do. That’s what I use for Delimiter, and what I will always use. But Drupal is still a very good and user-friendly web publishing system, and one that I tend to find organisations prefer, due to the added flexibility it seems to have in a wide range of use cases. It’s definitely a good choice and one that is largely future-proof.

But perhaps the widest benefit here with this move is that it unlocks innovation in every Federal Government department and agency. Right now, if you want to get a cloud web hosting platform migration done in Canberra’s public sector, you need to convince your own group’s CIO, who needs to convince the departmental secretary and so on. Well, things aren’t always quite this onerous, but often they will be.

What Sheridan and his team have done here is set a default standard which will allow every department and agency to adopt. They’ve picked the best of all worlds, with a model that will save money, allow standardisation and collaboration and adopt the latest web standards, while also facilitating departments and agencies to better implement web publishing guidelines and best practice. They have empowered the Federal Government IT professional and developer community in a remarkable way with one centralised step, while also meeting the needs of other stakeholders. And that is precisely what they should be doing.

This is such a gold approach. It really doesn’t seem to have any downsides and I approve of it highly. I’d like to see similar initiatives in state governments throughout Australia, and this same approach applied to other IT verticals within the Federal Government if possible. Nice work, guys.