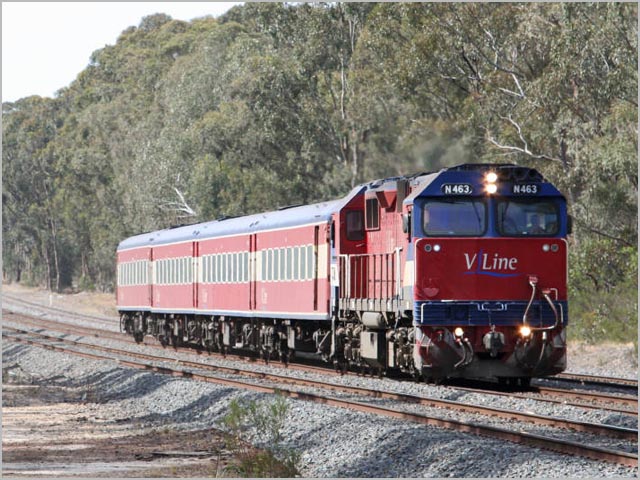 news The Victorian Government this morning announced it would spend some $40 million setting up free Wi-Fi services and fixing mobile broadband blackspots on the Seymour line servicing Ballarat, Bendigo, Geelong, Seymour and Traralgon.

In a statement, the state’s Minister for Public Transport Terry Mulder said a collaborative process with the Commonwealth Government and mobile infrastructure providers would soon commence on the issue. An Expressions of Interest (EOI) process will secure Victorian Government-sponsored Wi-Fi aboard V/Line’s VLocity carriages operating between Melbourne and Ballarat, Bendigo, Geelong, Seymour and Traralgon.

“This announcement will be of enormous benefit to thousands of commuters with 1.4 million passenger trips recorded between Seymour and Melbourne each year,” Mulder said. “Having access to more reliable internet services through free Wi-Fi means commuters will be able to access emails, social media and work without the annoying service interruptions that they currently have to deal with.

“The Coalition Government is committed to building a better public transport network and this initiative will be of great benefit to commuters who want to do work or connect with friends and family while they travel.”

Member for Seymour Cindy McLeish said that many commuters travelling on local V/Line services had expressed frustration with signal drop outs along the 99 kilometres of track between Seymour and Melbourne.

The announcement will also see the construction of new towers to provide better coverage around the state. The Coalition Government will consider rolling out Wi-Fi services across the V/Line network more broadly following the successful implementation of these five initial services.

opinion/analysis
I’m sure this move will be welcomed by commuters on the Seymour line. However, one can’t help but suspect that the private sector would eventually have rectified these connectivity issues and that the mobile broadband services will eventually make the in-train Wi-Fi largely irrelevant. That’s generally the way things have gone in other areas.