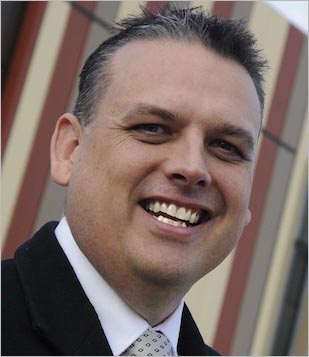 A veteran of Australia’s IT industry whose career dates back to a Systems Engineer role at BHP Steel International in 1986 (according to his LinkedIn profile), Bailey has been CIO at Macquarie since October 2009, where he has driven a number of major IT initiatives, including the university’s wholesale adoption of Google’s Gmail collaboration platform. Previously he was chief technology officer of local electronic document management company Objective for four years.

Intersect is a non-profit group which describes itself as focusing on the eResearch area and entwined with a number of universities. It defines the term as follows on its web site: “The term ‘eResearch’ is used to refer to the application of advanced information and communication technologies to the practice of research. It enhances existing research processes, making them more efficient and effective, and it enables new kinds of research processes.”

In a statement released this month, and as first reported by iTNews, Intersect said Bailey had joined the company as its chief operating officer. Intersect CEO Dr Ian Gibson said: “Intersect is extremely fortunate to have secured Marc’s service as we take the organisation into its next stage of its development, and we look forward to working closely together”.

Intersect pointed out that Bailey had served as Director and Treasurer of the Australian Access Federation Inc., Director of AARNet Pty Ltd, as NSW and ACT chair of the Council of Australian University Directors of Information Technology and a past Director of Intersect Australia. He represented Macquarie in the NSW Health and University CIO Forum, the Sydney Basin Fibre Network project board, and the Australian Hearing Hub Consortium.

“I am excited and privileged to team up with Intersect’s management team and distinguished Board in its mission to enable next generation research and innovation”, commented Bailey in Intersect’s statement. “I very much look forward to bringing entrepreneurial passion and commitment to growing Intersect’s eResearch contribution and impact”.

In previous CTO and CEO roles, Intersect said, Bailey informed governmental policy and information management at regional, state and federal levels in Australia and New Zealand; whole-of-government change management in the Scottish Government and Welsh Assembly; and standards development for the European Union. As a software engineer and entrepreneur Marc consulted to a diverse clientele, including corporate, defence, legal, healthcare, telecommunications and technology sectors.

Marc will join Intersect in mid-May; it is not clear yet who will become Macquarie’s new chief information officer.

opinion/analysis
A worthy next step for Bailey, who has become one of Australia’s better-known and well-respected university chief information officers over his tenure at Macquarie, after he was already known for his previous role at Objective. Intersect appears to have made a very solid appointment in the executive, and the hire will heighten the organisation’s own profile. Congratulations must go to Bailey and Intersect.