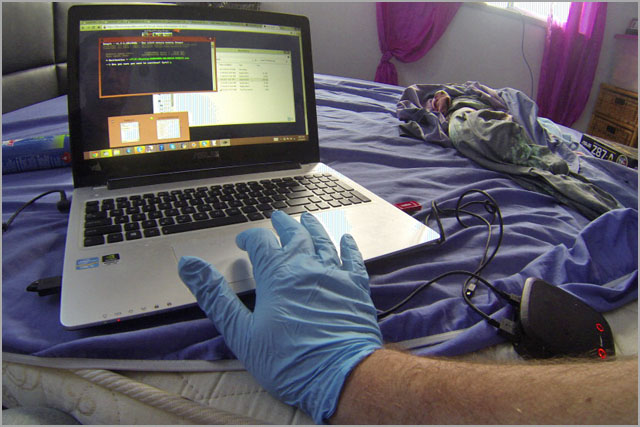 news A 21-year-old man from the rural Queensland town of Kingaroy has been charged with hacking and fraud offences following the alleged hacking of a US based online gaming developer’s computer network, the Queensland Police today.

Yesterday, officers from the State Crime Command’s Fraud and Cyber Crime Group arrested the Kingaroy man. This follows a search warrant executed in November 2013, where police seized laptops and a hard drive for forensic examination. Police yesterday also executed a search warrant at an address in Poona and allegedly seized a number of items located within an encrypted container on a computer device on the property.

It is alleged the man was responsible for unlawfully accessing the US company’s computer network and accessing databases and files. It is further alleged the man was responsible for hacking the company’s Twitter account and posting information and screenshots (of information obtained from the network). The man is further alleged to have established a website offering a paid service to search the company’s player database.

“We would like to acknowledge the assistance of the FBI and the US-based gaming company for their assistance in bringing this investigation to a successful close,” Detective Superintendent Brian Hay of the Fraud and Cyber Crime Group said.

opinion/analysis
Obviously not that much of an elite hacker if he was running Windows 8 … normally you’d expect to see something like Linux etc.