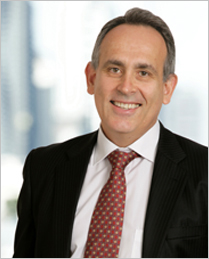 news Queensland-headquartered software company TechnologyOne has inked a landmark $15 million deal with the Catholic Education Commission of Victoria (CECV) which will see it deliver enterprise software to 486 schools across the state.

According to a statement issued by TechnologyOne today, the deal will see the vendor work with another vendor, Synergetic, to create a new integrated school administration package called eAdmin for the Integrated Catholic Online Network (ICON).

TechnologyOne will provide enterprise systems such as finance, payroll, human resource management, supply chain, budgeting and business intelligence, to enable the CECV and its schools to create budgets and forecasts, and allow authorised staff to produce customised reports. Synergetic makes management software for schools and other educational institutions.

“TechnologyOne has 25 years of experience of delivering proven software solutions for universities and TAFEs and were able to demonstrate how we could easily adapt our knowledge, skills and software to the entire education sector,” Di Marco said.“Winning the CECV deal over international competitors demonstrates our ability to deliver smart solutions, while providing proven functionality and innovative customisation, making life simple for our customers.”

CECV executive director Stephen Elde, said the commission initially went to market for a single software provider, but decided a partnership between TechnologyOne and Synergetic offered the most effective solution.

“Choosing to go with both TechnologyOne and Synergetic means we can have the best of both worlds in terms of financial management and school systems,” Elder said. “The CECV supports more than 200,000 students and 18,000 staff. To capture the large amount of data and build a comprehensive picture of the system, we needed far more control over the software system”.

News of the deal comes as TechnologyOne has recently been making headway in Australia’s enterprise software market.

In a media release issued in November, TechnologyOne noted that nine of Victoria’s TAFEs had successfully rolled out the vendor’s Student Management System, as part of the Victorian Government’s project to support its TAFEs’ transition to new contestable training markets. And in November 2011 the company revealed it had landed five major local deals in the last quarter for its customer relationship management (CRM) software. The vendor’s solutionwasis set to replace a rival Microsoft platform at one of these sites.

In November as the TAFE deal was announced, Di Marco claimed that using major third-party systems integrators such as IBM and Accenture on major technology projects could add to the risk of “implementation disasters” such as the billion-dollar catastrophe with Queensland Health’s payroll systems overhaul.

“This project is another example that demonstrates the power of working with a solution provider which builds, implements and runs its own software, as opposed to the scenario where third-party integrators such as IBM and Accenture are engaged to manage large-scale Oracle or SAP implementations,” he said at the time. “Using third-party integrators introduces added cost and complexity, and runs the risk of implementation disasters such as the failed Queensland Health Payroll system. We take complete, end-to-end responsibility for our customer implementations.”

opinion/analysis
Another nice win here for TechnologyOne. I will note that I haven’t heard much from rivals such as SAP, Oracle, Microsoft or Salesforce.com about Australian deployments recently … although NetSuite, for one, has been on a bit of a tear.