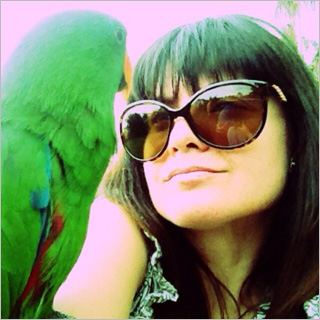 news The Australian division of digital rights group the Pirate Party has taken fourth place in the Griffith by-election held in Brisbane over the weekend, in a result that placed the party ahead of other minor parties such as the Katter Australian Party and Family First.

According to the ABC’s election result page for the election, the Pirate Party picked up 1.5 percent of the primary vote. This was still significantly behind the major parties, with Labor picking up 38.9 percent, the Liberals 44 percent, and the Greens picking up 9.9 percent of the primary vote. However, the Pirate Party came in ahead of Katter’s Australian Party (1.1 percent), Family First (1.0 percent), and quite a few other independent parties.

The Pirate Party’s candidate was its deputy president Melanie Thomas (pictured). A profile of the candidate published during last year’s Federal Election by website My Sunshine Coast, in which Thomas was a Senate candidate for Queensland, describes her as having “long been an activist on many social issues including environmental protection, animal welfare, womens issues and opposition to war and nuclear proliferation”. It further states: “Mel joined the Pirate Party because she was confident it could truly hold government to account.”

The Pirate Party, which competed its first Australian Federal Election in September 2013, stands for civil liberties, intellectual property reform, and increased transparency in government. The Party also has detailed policies on other areas of importance for Australia, including education, taxation, welfare, asylum seekers, energy and marriage.

The Griffith by-election was Pirate Party Australia’s first attempt at contesting a House of Representatives seat.

“It is encouraging that despite the Labor and Liberal Parties dominating the political arena, an increasing number of voters are willing to break out of the major party duopoly and put their support behind an alternative voice like the Pirate Party,” Thomas said in a statement issued this week. “Those voters are sending a powerful message that Australians need someone to stand up for civil and digital liberties, and to protect our country from a range of threats such as warrantless dragnet surveillance, mistreatment of refugees, climate change, governmental secrecy, corruption and cronyism.”

“As more and more Australians see that the Pirate Party is a party backed by a serious platform of evidenced-based policies, we firmly believe that positive inroads can and will be made to stop major parties taking the voting public for granted. We are a party that practices what it preaches and we have shown what a party based on transparency, democracy, and participation can achieve.”

The swing of around 1.5 percent to the Pirate Party in Griffith is three times greater than the Party’s result in Queensland for the Senate at the last federal election in September 2013. It also represents a doubling of first preference votes when compared to the Party’s polling in Griffith for that same Senate election, where the Party received 0.7% of the vote.

“The Pirate Party would like to express its sincere thanks to the electorate for its support of Mel. Fourth place is an amazing effort, and everyone who helped reach it should be enormously proud,” said Simon Frew, President of Pirate Party Australia. “We received positive feedback on our policies, which were listed on the back of our how-to-vote cards distributed at polling places around Griffith. It’s also very telling that despite being fairly new, our small dent is much larger than more established and widely known parties like Katter’s Australian Party and Family First.”

The Party will now turn its attention to the formation and registration of state and territory branches.

The Pirate Party hasn’t always had a strong level of organisation when it comes to elections. In July 2012, for instance, the party failed key registration requirements determining its elegibility to contest the Australian Capital Territory’s territorial elections in 2012. In July 2010, the Pirate Party had to abandon its stated aim of contesting the then-imminent Federal Election due to election regulations, as it had not registered as a party before the election was called. However, it was able to successfully regster for the 2013 Federal Election.

opinion/analysis
Great result for the Pirate Party. I would note that it was only a decade or so ago that the Greens were seeing similar results to the Pirate Party in many areas. It will be interesting to see whether the Pirate Party can continue to increase its vote over the next few years. My bet is that, with digital rights becoming an increasingly important issue, it will be able to continually grow, although I would hesitate to go so far as stating that a niche party like the Pirate Party will ever be able to compete on an equal with Labor or the Coalition.

1.5 percent of the primary vote is also significant in that the Pirate Party will be able to gradually start to play an interesting role in the distribution of preferences, if that level of growth continues.