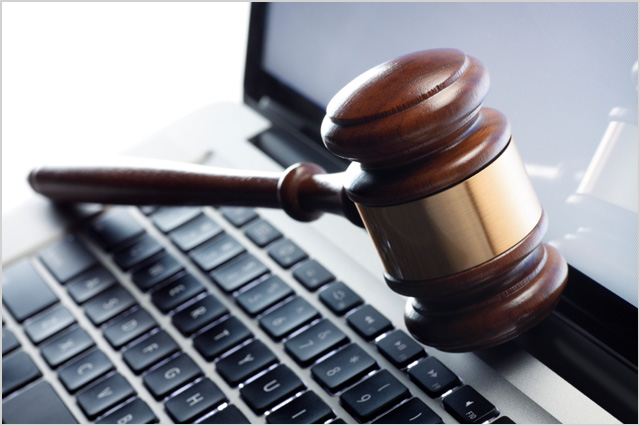 news South Australia’s two major sides of politics have engaged in a war of words over the past week over various pledges to upgrading a 24-year-old IT platform underpinning the state’s courts system, which its chief justice says is close to collapse and which needs tens of millions of dollars to replace.

In a major speech in May last year, South Australian Supreme Court Justice Chris Kourakis lambasted the current IT platform being used in the state’s courts, pointing out that the criminal component of the platform was built back in 1989, while the civil litigation system was put in place in 1996. Kourakis said the time had come to decide whether to reduce the level of legal services that were being provided to South Australian residents, with the money needing instead to go to improved technology.

“It’s just obvious how antiquated the whole thing has become,” the judge said, according to Adelaide Now, noting there was no ability to file documents electronically, nor update case files without additional paperwork.

In a media release issued last week, South Australian Shadow Attorney-General Stephen Wade said the state’s Labor Government was “clearly happy to leave the courts in the dark ages despite admitting that their under-investment in the justice IT system has led to a $51 million backlog”. This issue appears to have been first reported by iTNews.

“Chief Justice Kourakis is warning that the justice IT system is at a high risk of failure and that he cannot achieve required budget savings with the current IT,” said Wade. “This is not a mere hypothetical – in 2011, a computer malfunction in the justice sector computer lead to 4,000 drivers not receiving their formal disqualification notices and a further 10,700 not receiving license demerit point warning notices. Recently, the NSW Government was forced to pay $2.7 million in compensation after its courts system gave out incorrect bail details and lead to dozens of wrongful arrests.”

South Australia is scheduled to hold elections for the State Government in March.

“It is only a matter of time before a criminal walks free in South Australia because of a system failure – South Australians deserve a Government that is tough on crime and serious about providing the right technology to protect community safety. If elected in March, the State Liberals will look to upgrade our IT at the same time as we upgrade the courts building.”

“The courts precinct should be a justice hub for the whole State – having it designed hand-in-hand with statewide IT services could help deliver the best service at the best price. IT enhancements could allow savings on the built facilities. It makes sense to plan the redevelopments together.”

However, the Labor State Government immediately fired back, with acting Attorney-General Jack Snelling claiming that the promise by the state’s Liberal Opposition to upgrade the courts IT systems was “nothing more than a con, falling up to $50 million short of the necessary funding”.

“Today, Steven Marshall announced that if elected, the Liberals would commit $1 million to his plan, whilst Treasury figures show that the actual cost would be approximately $51.4 million,” claimed Snelling in a statement (PDF). “It’s all well and good to say the system needs improving, but committing $1 million dollars to a system-wide IT upgrade doesn’t come close to what is required.”

“The Government’s costings show that $1million won’t go very far unless the Liberals’ policy
involves installing second-hand copies of Windows 95. Either they have made a promise they can’t keep, or they are being untruthful with South Australians about their costings.”

“The Government is working with justice agencies to develop strategies to improve court
efficiency, this includes IT solutions across the system,” Snelling said. “We have also made it very clear that the new courts precinct will include the latest in available technology and move us towards a paperless system. What we won’t do is pluck costings out of the air for fantasy-land policies that may have well been written on the back of a beer coaster.”

Unfortunately, it appears that both sides of politics are not telling the entire truth when it comes to the necessary courts IT platform upgrade.

And despite the claims of each side, it appears that much of the problem with respect to the SA courts’ IT platform can be blamed on a lack of investment from both sides of politics. It appears that Labor, in power in South Australia since 2002, has neglected the courts system over that time, while the Liberals were in power from 1993 through 2002 and also neglected to upgrade the system.