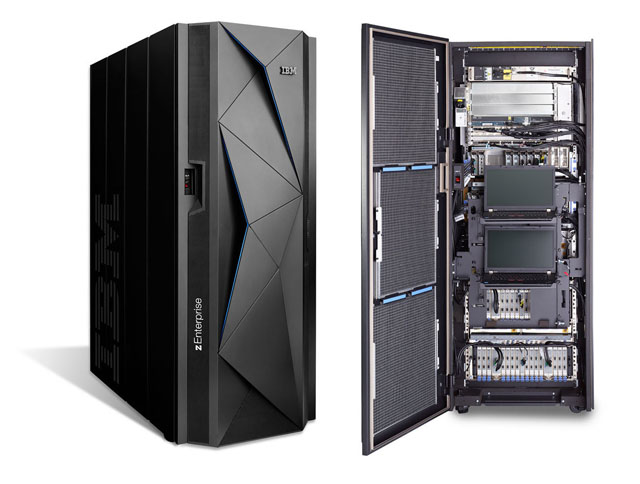 news IBM this month announced that the Northern Territory Government would deploy another new unit from its flagship zEnterprise mainframe system, in a rollout that marks the second time the territorial government has deployed one of the mainframe units over the past 18 months.

Over the past several decades, major organisations globally have been gradually moving away from mainframe hardware in favour of more flexible and modular server infrastructure based on alternative chipsets such as the x86 servers sold by Intel and AMD, and to a lesser extent, the SPARC architecture created by Sun Microsystems and now sold by Oracle.

However, in a statement released this month, mainframe manufacturer IBM announced the Northern Territory Government’s Department of Corporate and Information Services (DCIS) would adopt its new IBM zEnterprise BC12 (zBC12) to improve efficiency dividends and reliability across its core database systems. The department will be one of the first organisations in the world to deploy the zBC12.

According to IBM, with responsibility for a range of Northern Territory Government data systems that include accounting, personnel and vehicle registration, DCIS requiresda highly reliable and secure mainframe platform as part of its regular four-year IT refresh. DCIS selected the IBM zBC12 for its cost-effectiveness and enhanced machine efficiency, IBM said.

“With significant and rising transaction volumes across the department, our infrastructure needs to enable fast, reliable access to data which can drive down costs while also improving levels of service,” said Scott Thomson, Director Data Centre Services, DCIS. “Taking an early-adopter approach to technology has always been a priority for DCIS, particularly given our portfolio’s focus on immediate and reliable transfers of often-sensitive information.”

Thomson added, “Following rigorous trials of the zBC12, both test and production systems, we’re confident that its significant advancements will contribute not only to our internal efficiencies, but to the quality of support we can deliver to the agencies that rely on us.”

The longevity of IBM’s mainframes was another major factor in DCIS’ decision. IBM has been supplying the department with mainframes for almost 30 years. “We’ve typically run most of our government and business-critical applications on IBM platforms, and have nothing but trust and respect for the technical expertise which their teams bring to the table,” said Thomson. “As the latest iteration in our technology partnership with IBM, we’re looking forward to the next level of cost and time reductions that the zBC12 will bring to our operations upon completion of the project.”

The news marks the second time in 18 months that DCIS has confirmed the purchase of a new IBM mainframe. In June 2012, the territory announced that it had bought one of IBM’s zEnterprise 114 mainframes to host a range of business applications serving government needs.

But throughout that time, the mainframe has survived and is continuing to thrive. I recall discussing with CSC Australia’s then-managing director Mike Shove about five years ago how it was hard for the IT services giant to get as many mainframe developers as it needed, despite the high level of continuing demand for such skills. Mainframes weren’t sexy then, and they’re not sexy now — but they get the job done. And I continue to hear rumours about large chunks of IBM Australia’s revenue being based on mainframe work.

An interesting point regarding the NT Government’s mainframe deployment is that I believe IBM may have pipped Fujitsu (another major mainframe player) to the post here. Fujitsu, after all, has long enjoyed a strong relationship with the territory with respect to its mainframes, inking a major contract for mainframe application services back in mid-2007, for example. I wonder if Big Blue is cutting Fujitsu’s grass somewhat in this new deployment.”