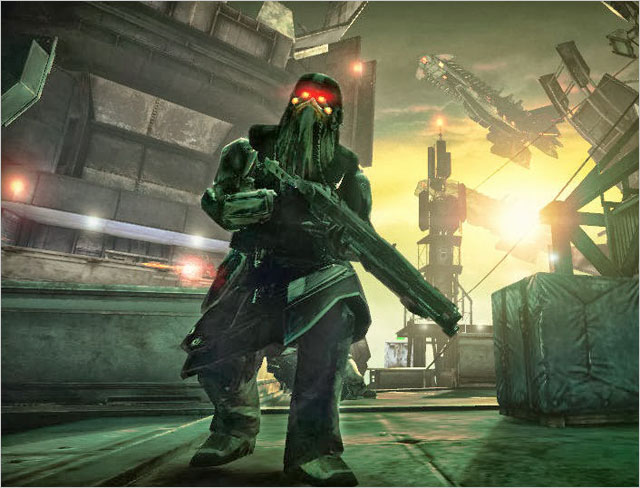 review The genre that Vita owners have been crying out for like none other is the shooter. With a powerful processor, nice wide screen and dual control sticks there is every reason that we should have had many entertaining shooters so far on the console, but we just haven’t.

With many attributing the lack of shooters for the Vita’s poor showing in the western markets to date, eyes turned to Killzone Mercenary to reverse the fortunes of the console. Good news! It does. While Killzone Mercenary is perhaps not the outright classic shooter that will sell Vita consoles by the shipload, but it’s certainly an A-grade game that will help people recognise that the Vita does, in fact, have titles of note.

The “Mercenary” in the title adds a nice touch to the game. Playing as a Mercenary, every kill, every mission accomplished and every feat is rewarded with cash. That same cash can be used to buy weapons and other upgrades. It’s a nice way to tie progress in with in-game actions, and of course the lure of loot is reason enough to keep playing through the less engaging parts of the game’s reasonable length campaign.

Not that there are that many moments in this game where it’s possible to get bored. From start to finish Killzone is a dudebro shooter of the highest order. Big burly men run from one encounter to the next killing everything that moves in levels that are barely memorable for the simple reason that they blur by with such speed as the game pushes players from one arena to the next. The opportunities to deviate from a set path are, of course, next to non-existent. I really wonder why we don’t reclassify the FPS genre as the “move yourself lightgun” genre because that’s exactly what these games are, but I guess that isn’t as catchy.

That sounds like a criticism, and in fairness I do tend to be critical of this genre for that reason, but Killzone is a load of fun despite failing to even come close to deviating from the genre formula. The guns have a nice weight to them and the environments are rich with detail, even if that detail isn’t interactive in any meaningful way.

While it is fun and bombastic, that inability to really deviate from the base formula is also precisely why Killzone Mercenary doesn’t really break away to be a true classic. There’s nothing in this game that hasn’t been done better somewhere else before. Fans won’t care. Now once they wade into the multiplayer and realise that while it’s more limited than its big console breathren, there are still dozens if not hundreds of hour’s worth of content here.

Arenas in Killzone’s multiplayer are small and furious to account for the maximum of eight players on the map in total. Thanks to a large patch the online infrastructure is robust with no dropouts and I’ve yet to encounter any glitching.

But by the same token it’s not perfect. Thanks to the small size of the maps I struggled to find vantage points for my preferred style of play – sniping. I also had a habit of running into an enemy on warpath about a second after respawning. I know I’m not great at competitive shooters, and I found this one a little inaccessible and heavy on the twitch skills for my liking. With that said I’m certain that a community will form around Killzone’s multiplayer because I do think that this will suit how many like to play games of this genre.

Everyone knows that shooters are not my area of specialty, but as far as I’m concerned if a game of the genre can check the technical boxes and keep a healthy energy to it, then I’m pretty sure that it’s achieved what the fans want from it. I’m fairly certain that Killzone has done enough that even the hardcore shooter fans will appreciate it.