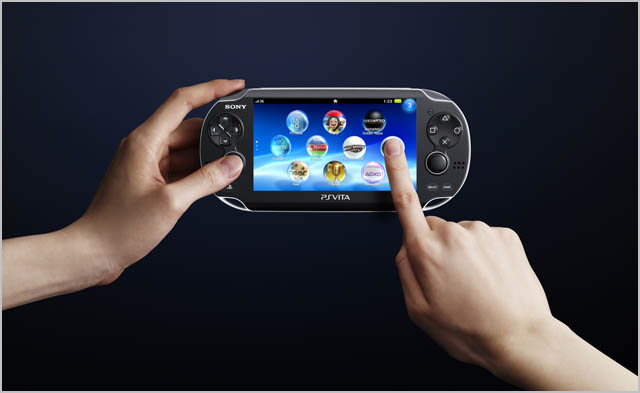 news Sony Computer Entertainment Australia announced yesterday in Sydney, the pre-order details for its next generation portable gaming and entertainment system, PlayStation Vita, launching in stores across Australia on February 23 next year. Pre-orders for PS Vita will be available through select Australian retailers including GAME, EB Games and JB Hi-Fi.

Customers pre-ordering are guaranteed a PS Vita on launch day as well as a PS Vita Gift Pack which includes exclusive discounts and content, limited edition merchandise, and game discounts for the PlayStation Store. The PS Vita Pre-order gift pack consists of:

PlayStation Vita is the successor to the PlayStation Portable; it will be introduced in Japan and some Asian regions on December 17th, 2011 and in North America and Europe on February 22nd, 2012. The name of the device, which means ‘Life’ in Latin, was revealed on June 6th, 2011.

Unique features of PS Vita include a 5” OLED touchscreen, dual analog sticks, a rear touchpad, a revolutionary user interface, motion sensors and dual cameras, and additional 3G and Wi-Fi support. The 3G version also features a built-in GPS. The front and rear cameras enable head and face detection and head tracking, allowing for customisation and personalisation. It has 512 MB of system RAM and supports cross-game chat on the system.

The PS Vita 3G/Wi-Fi model will be on offer at $449.95 RRP in Australia and the PS Vita Wi-Fi model at $349.95 RRP. Customers can pre-order by placing a deposit at their local GAME, EB Games or JB Hi-Fi store from November 17th onwards. Once PS Vita launches on February 23rd, 2012, customers can pay the balance at the same store and collect their PS Vita and Pre-order Gift Pack.