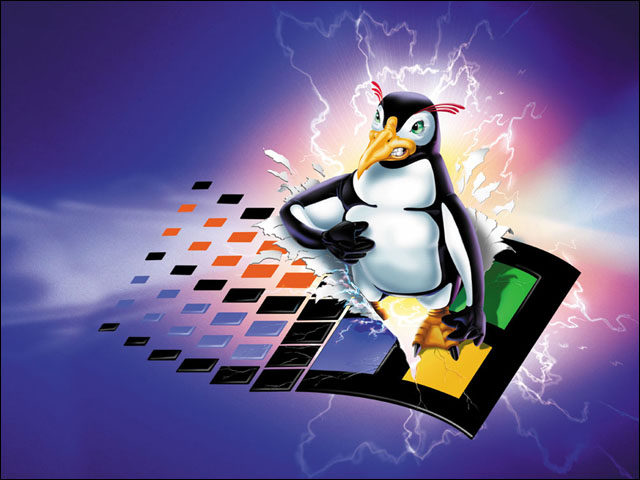 news Small Australian bank Members Equity Bank (ME Bank) has issued a joint statement with Microsoft claiming that using Linux as its core operating system underpinning its new core banking platform would cost $100,000 more than using a platform based on Windows Server 2012, but without providing any evidence for its claim.

In a statement issued overnight by Microsoft, ME Bank, which is a small bank based in Melbourne, noted that historically it had depended on two core banking systems — a Windows–SQL-based product called NTBS that managed all savings and deposits; and a Solaris-based product called ULTRACS for loans and transactions products.

“Updating our legacy banking systems was becoming increasingly difficult,” said Jem Richards, Enterprise Architect, ME Bank. “Any level of change required custom development, which meant bringing in specialists from outside. This cost us tens of thousands of dollars a year, caused delays and stymied innovation.”

According to the bank, its IT staff were eager to support business goals and reclaim their agility and ability to deliver turnkey solutions in a timely manner. This led to the search for a single, integrated core banking system. “The IT environment is diverse and constantly changing and it was challenging for our team to keep up as they were always immersed in tactical and reactive tasks. We realised that if we consolidated our IT skills on one technology, we could build our in-house expertise to enable us to make strategic changes more easily and quickly,” said Richards.

Consequently, in late 2011, according to the statement, ME Bank selected a new, platform-agnostic banking software system, Temenos T24, to manage all its core banking operations. It then began a review process to look at which operating system would be the most cost effective for its needs. There were two equally viable options to deploy it on Windows Server 2012, with the SQL Server 2012 database, or a Linux-based solution. The statement did not note which database software would be used on the Linux platform; the most common options are usually open source solutions such as MySQL or proprietary options such as Oracle’s database packages, or IBM’s DB2 solution.

“We conducted extremely rigorous comparisons on costs, the availability of technical support and scope for in-house IT skills consolidation. Although one operating system option was essentially free to deploy, based on our past experience, we knew that it would cost more to support than Windows. In addition, Microsoft and Windows community specialists were readily available to help us configure Temenos T24, whereas finding the relevant skills for the alternative platform with Temenos was proving to be a lot more difficult, “said Richards.

ME Bank said that it found the running costs of a Microsoft database versus the competition also differed substantially, which would affect its future growth plans.

“At present growth rates, we would soon need to upgrade the alternate platform solution, which would cost over $100,000 more,” said Richards. “In contrast, our existing Microsoft licence will allow us to grow without additional cost. When we analysed all the costs over a five year period, it was clear that if we deployed our core banking systems on Windows-SQL, the total cost of ownership would be substantially less than if we chose the alternative.”

ME Bank made the decision to purchase Insight, Temenos’ business intelligence software, which used SQL-based reporting and analysis tools. This, according to Microsoft’s statement, has allowed the team to grow their IT skills and capabilities on one technology to ensure increased agility which has enabled them to make changes to their environment themselves and introduce new customer services faster.

“Selecting Windows–SQL enabled us to consolidate internal IT skills on a single technology, and build our in-house capabilities in line with the business,” said Richards. “Ultimately, this means we are more in control of our banking platform and reporting capabilities.”

By deploying a new core banking system using Windows and SQL Server, ME Bank said it could “avoid major future upgrade costs”, and “consolidate IT skills in a way that promises maximum scope for agility in the future”. It said it has decommissioned a mixed Windows-Solaris environment and consolidated its core banking system to one technology, reducing the dependence on external consultants, boosting in-house capabilities, and saving tens of thousands of dollars each year.

According to Microsoft’s statement, ME Bank is also confident that deploying Temenos T24 on the Windows Server platform will maximise development choices over the life of the core banking system.  In addition, the bank believes the all-Windows platform should give it greater flexibility. “With the core banking system on an all-Windows platform, we will be able to standardise the infrastructure more easily. This means we will encounter fewer issues if and when we move those systems to the cloud,” said Richards.

opinion/analysis
Look, I’m not going to go all-out here and claim that ME Bank’s view, as stated in Microsoft’s press release, is complete bullshit. The bank wouldn’t be putting its name to this kind of statement if it wasn’t willing to back up its (somewhat audacious) claims.

However, there are a few things here which do appear a little dubious, and which I’ll ask ME Bank if I can organise an interview with them. For starters, we’re not precisely comparing apples with apples here. Microsoft is providing Windows Server and SQL Server here, but it’s extremely suspicious that this media release doesn’t mention either which variant of Linux ME Bank evaluated (Red Hat? SUSE? Ubuntu? Slackware?) or which database it evaluated. I’d be extremely surprised to see something like MySQL used in this kind of core banking environment — it’d be more normal to see an Oracle or an IBM database here. Could this account for some of the cost?

Secondly, this sentence just doesn’t make any sense: “At present growth rates, we would soon need to upgrade the alternate platform solution, which would cost over $100,000 more,” said Richards.

Is ME Bank really saying there is a cost difference in upgrading a Linux platform which you don’t see with a similar Microsoft platform? In my experience it’s usually the opposite — Linux licences come cheap and the platform tends to make great use of available server hardware, whereas Microsoft’s software, up until a few years ago, was known for being more of a server hog. Plus, Microsoft licences don’t precisely come cheap … a few copies of Windows Server 2012 may be available through ME Bank’s existing Microsoft enterprise agreement, but it’s common knowledge that those agreements are often re-negotiated on an annual basis. Microsoft doesn’t give away anything for free, and I wouldn’t be surprised to see ME Bank’s Microsoft-related costs rise as it grows its operations.

To be honest, I had thought that the days of Microsoft using selective material from favourable case studies to generate one-sided attacks on the Linux world were over by now. I mean, frankly, Windows Server is a huge property now; it and Linux have singlehandedly wiped out the traditional Unix and Novell server worlds, and from what I have been able to see, Windows Server has been making in-roads into the Linux server market as well. I don’t see many organisations at all making a big song and dance out of deploying Linux any more, whereas I see plenty deploying Windows Server, and increasingly, Hyper-V.

Issuing this kind of statement kind of makes Microsoft look a little silly. It draws attention to the fact that Linux is still a viable competitor to Windows Server, and implies that Microsoft is afraid of that threat. The reality is that in enterprise IT circles, the Microsoft stack is already dominant and getting more dominant every day, and I doubt that Redmond has much to fear at this point from the barbarian Linux hordes. Feel free to provide evidence in the comments below that I’m flat-out wrong; it’s been a while since we’ve had a decent Linux versus Windows debate on Delimiter.