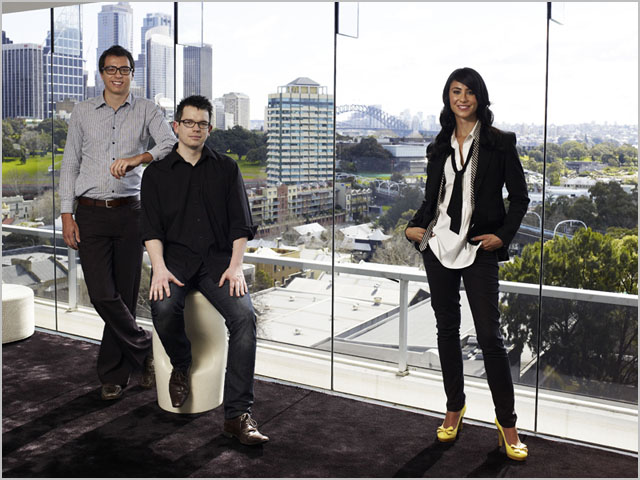 blog While we’re on the topic of software as a service-based office suites, we thought we’d point readers to this blog post on the blog of Google Australia by Mike Knapp, the co-founder and chief technology officer of Sydney-based ecommerce startup Shoes of Prey, which has achieved notoriety over the past few years for its innovative site, which allows women to design and order their own shoes, getting around the normal retail grind. In the blog, Knapp outs Shoes of Prey (which has around 40 staff) as a long-time Google Apps user. Some sample paragraphs:

“When we first started Shoes of Prey, we chose Google Apps for Business as our key technology solution. Much more than just email, we use the whole suite – docs, spreadsheets and presentations. One of the reasons we like using Google Apps is that it gives our staff the freedom and flexibility to work from home, allowing them to manage family commitments or just avoid the commute when the traffic turns nasty.

Having started with three people and grown to about 40, Google Apps for Business has scaled with us. Although we don’t know how many people we’ll have on staff in future, we do know that it won’t involve buying expensive servers or more IT upkeep. We’d recommend it to any SMB looking to set up and scale up big, as it has given us a lot of freedom and empowered us to work in new and innovative ways.”

There’s not a huge amount of technical detail here — in fact, it’s pretty much a puff piece for Google Apps — but Knapp’s comments are interesting to my mind, as in my experience they’re reflective of life in small business and startup land. When I see new startups formed these days and gradually morph into small (and sometimes large) businesses, I very rarely see any using anything but Gmail — Microsoft Outlook and Exchange are really nowhere in sight, although as some older employees join such companies, Microsoft Outlook may be used as an end user client for Gmail.

The non-Gmail portions of Apps (for example, word processing and spreadsheet work) are used much less than Gmail, in our experience, with it being more likely that small businesses will have on-premises deployments of Microsoft Office, although we are seeing gradually increasing usage of those apps, especially for online storage of documents, and for documents which need constant collaboration between several different employees.

What this post demonstrates to your writer more than anything else is an interesting long-term trend. Google Apps represents the first experience which many of Australia’s best and brightest young up-and-comers have with corporate IT (or, as it might more correctly be termed, non-corporate IT, or ‘do it yourself’ IT). What happens, for example, when Shoes of Prey gets acquired by a large multinational corporate for mega-dollars, and that company tries to force less flexible systems on the company than they’re used to with Apps? For those outside big corporates, at the moment, Google Apps is increasingly becoming the norm. The culture clash when that ethos meets the often static business systems of much larger organisations will be a challenge for quite a few people in the years ahead, in my estimation. I’ve been through similar experiences myself in the past, and it’s not pretty.