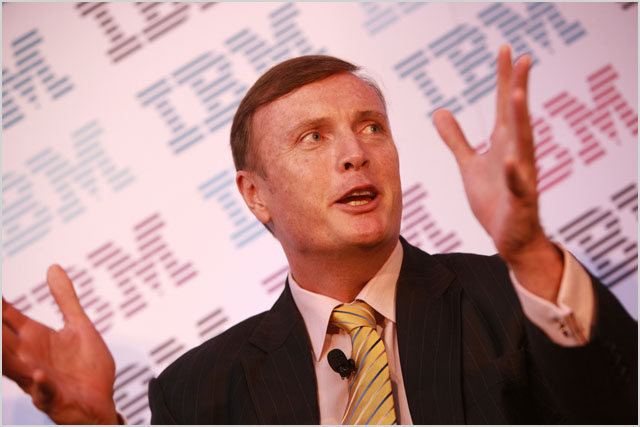 news New cabinet documents released by the Queensland Labor Party pertaining to the payroll systems disaster at Queensland Health have revealed the then-Labor administration in 2010 feared that IBM would pursue its own lawsuit if the State Government terminated its contract over the botched IT systems overhaul.

The project was first kicked off in late 2007, when Queensland Health determined there was a need to look at a new payroll platform to replace the previous platform, based on Lattice and ESP software, which had been progressively implemented from 1996. However, the project, implemented by prime contractor IBM, Queensland Health itself and government shared services provider Corptech — quickly went off the rails as poor governance and the complexity of Queensland Health’s award system kicked in, with the result that many of Queensland Health’s 85,000 workers have gone without pay, or were overpaid, at various periods from early 2010, when the system went live. The issue was raised repeatedly during the recent Queensland State Government election, which the LNP won in a landslide, virtually obliterating Labor in the polls.

An Auditor-General’s report filed in 2010 found that all concerned in the implementation — prime contractor IBM, Queensland Health and CorpTech — significantly underestimated the necessary scope of the project. IBM had initially told the Government that a “relatively small” amount of functionality would be required to implement a similar new payroll system at Queenland Health as a previous build at Queensland Housing — despite the fact that the Housing rollout only catered for 1200-1300 staff, compared with Health’s then-78,000. IBM had initially prepared a statement of scope for the replacement of the project, providing an estimate of $6.13 million to replace the previous LATTICE system. The latest estimates into the cost of the project show that it will cost a further $836.9 million for the project to be overhauled over the next five years, adding to a total of $416.6 million which has already been spent on it since 2010.

The current LNP administration in Queensland has been examining whether to pursue legal action against IBM over the debacle, however it has claimed that it been hampered in its examination of the situation by the fact that the previous Bligh Labor administration has not released legal advice provided to the then-Cabinet over the situation.

After what she said was “a great deal of soul-searching and deliberation” (PDF transcription here), late last week Queensland Labor Opposition Leader Annastacia Palaszczuk tabled the 2010 legal advice received by the then-Labor administration in parliament, defying long-standing Queensland Government convention to do so, “for the benefit of all Queenslanders”.

The documents (available in full online in PDF format) contain several sets of legal advice provided to the then-Bligh Labor administration in 2010 with respect to the payroll disaster at Queensland Health and IBM’s role in it. Law firm Mallesons Stephen Jacques advised the Government that it had at that time four possible courses of action with respect to IBM’s contract in the matter. It could terminate the contract, suspend it, negotiate a settlement, or continue with the contract.

Although IBM’s arguments at the time that it wasn’t in breach of its contract were “vague” and Big Blue “provided no supporting evidence” for its claims, Mallesons wrote, if the contract was terminated and it was found later that IBM had not breached the contract, then Queensland might face a claim from IBM for wrongful termination. A similar but smaller risk would be entailed if the contract were merely suspended.

“If such counterclaims were successful,” Crown Law wrote, “the amounts claimed would be set off against any amounts successfully claimed by the State. The possibility remains that the outcome of any litigation would be a payment in favour of IBM. Care should be taken to detect and investigate any claims that IBM may make, particularly as foreshadowed in correspondence between the parties.”
There were also other risks if Queensland got involved in legal action against IBM. For example, there would still be the need to find a third party to rectify the defects in Queensland Health’s payroll system, which IBM was still working on; and even that if the contract continued while the legal action was ongoing, that IBM might “cease cooperating” with Queensland on issues where it had no contractual obligation to do so.

Despite all of this, Crown Law told the Government that it was “reasonably confident” that IBM’s response to the Government’s initial notice of remedy issued to IBM were not sustainable, and that IBM did indeed remain in breach of its contract to work on Queensland Health’s new payroll system. In fact, Crown Law suggested that the Government seek to obtain further information from IBM as to why Big Blue believed it had not breached its contract, with a view to allowing the Government to feel “comfortable with its decision to terminate”.

“A failure by IBM to provide information might also be used to support the conclusion that IBM has failed to show reasonable cause,” Crown Law wrote. And it noted that even if IBM’s contract was terminated, the Government would still retain some rights under the contract to require IBM to continue to provide some services, even in that case.

Ultimately the Labor Queensland Cabinet opted to sign a supplemental contract with IBM with relation to the issue; although the future of the relationship with Big Blue has yet to be fully explored under the current LNP administration, which is still keeping its legal options open with respect to the company.

Development and maintenance work on the Queensland Health payroll systems implementation is still under way. A report in June found that at that stage, the platform required just over 1,000 staff performing some 200,000 manual processes on an average of 92,000 forms to make sure Queensland Health’s staff are paid the approximately $250 million they are owed each fortnight.

IBM wrote to the LNP Queensland administration in early September this year, claiming it “successfully delivered” against milestones agreed with the previous Labor administration with respect to the project.

However, the LNP may not agree with this stance. With respect to the milestones which IBM said it had delivered against, Queensland Health Minister Lawrence Springborg told the Parliament in mid-October that he imagined “they must have been pretty ripper milestones”. “IBM is actually indicating to us that it consistently delivered against the scope of the contract,” he asid. “What sort of a dodgy contract allows something to blow out by 20,000 per cent? I would have thought there would be a whole lot of benchmarks and processes along the way that were not actually met.”

LNP parliamentarian Stephen Davies told the parliament at the time that from his perspective, having been involved in the corporate sector before his career in politics, it was “extraordinary – in fact, it is beyond the pale” that it could be said that the disastrous payroll implementation could be said to have achieved its milestones as agreed. “It is just bananas. It still does not even pay people,” he said.

A spokesperson from IBM has not yet responded to an invitation for the company to respond to the release of the legal advice last week; any response the company gives will be added into this article.

opinion/analysis
Weaving between the lines of the legal advice provided to the Queensland Government in 2010 about the Queensland Health payroll systems disaster is the unwritten question of who should ultimately be held responsible for it. Should it be IBM? Queensland Health itself? The Labor political administration? Shared services provider CorpTech? The list goes on. At that stage, it seems clear, the Labor administration was still attempting to come to grips with a disaster of epic proportions which had suddenly blown up in its face, and it wasn’t sure whose fault it was.

Thankfully, we do now know whose fault it was. Numerous audit reports published since that time have found that all concerned in the implementation can share some blame for significantly underestimating the necessary scope of the Queensland Health payroll overhaul project.

With this in mind, and considering the legal advice which it received in 2010, I feel strongly that the Bligh Labor administration took the best path available to it at the time with respect to the project. Firing IBM would not have been the best option; put simply, this might have (counterintuitively) cost the Government money rather than saving it, thanks to the prospect of an IBM counterclaim, and it would not have resolved the underlying issue of the project not being delivered. Likely the Government would have struggled to find new partners that could achieve a better outcome for the troubled project than the one IBM was already working on.

Reading through the legal advice provided to it, it seems apparent that Bligh’s Labor Cabinet of 2010 didn’t have any good choices with respect to the project; only bad ones. To my mind, in finding a middle ground with IBM that allowed it to continue working on the project and avoid lawsuits, the Government probably made a good decision. By that stage the project was already about as off the rails as it was going to get.

However, one does also have to admit that even this path didn’t end up with a satisfactory resolution for anyone. The project is still a disaster; it’s still not fully functioning; and it is still costing more and more money to deliver. This, perhaps, poses some troubling questions for the current LNP administration in Queensland. After all, the choices it faces with the Queensland Health payroll systems project today are not so different from the ones Labor faced two years ago in 2010. One wonders whether the LNP, as it is often wont to do in Queensland, will choose a radically different path from Labor with respect to the project and IBM’s role in it, and whether that approach will be a better one.

Image credit: IBM Australia. The photo above is of former IBM Australia managing director Glen Boreham, who led the company locally from 2006 through 2010.