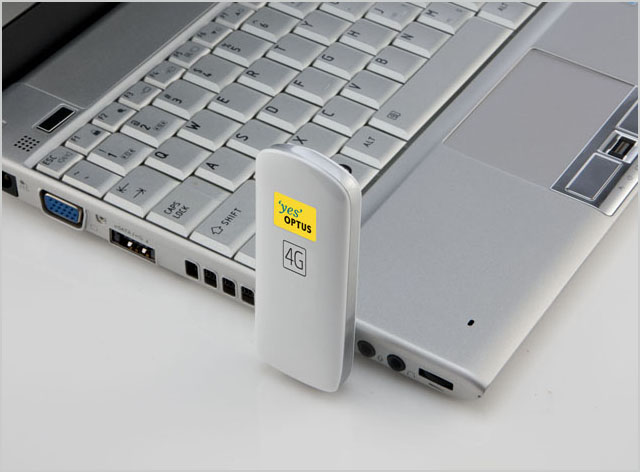 analysis If you’re looking to buy a new smartphone or computer you’ve probably seen advertisements and offers for 4G-compatible devices. You might even own a 4G-compatible device already. But just what is 4G? How does it compare to existing 3G networks? And what is the current availability of 4G networks in Australia?

4G: The basics
Simply, “4G” is a marketing term that describes a fourth-generation mobile wireless cellular network. Telstra first offered 4G services in mid-2011 and now offers a range of 4G-compatible handsets, tablets and modems. In August 2012 Optus began switching on 4G services in some cities – Sydney, Perth and Newcastle, with more to come – and in doing so became Australia’s second 4G supplier.

Is 4G much better than 3G/NextG?
Mobile cellular networks evolve and a good example has been the way the initial 3G offering evolved with the introduction of high-speed data services.In Australia, Telstra launched a 3G network called the NextG network in October 2006 with data download speeds between 550Kbps and 1.5Mbps. Over the next couple of years Telstra successively upgraded their network to provide improved data download and upload speeds.

In December 2008 Telstra boosted the speed of the NextG network to 21Mbps, utilising the Evolved High-Speed Packet Access (HSPA+) and Dual-Carrier HSPA standards. 4G networks will evolve in a similar way.

What this means is that IMT-Advanced will be an internet protocol (IP) packet-switched network that incorporates Voice-over-IP (VoIP) rather than the separate telephone call channels used in 3G networks. Another IMT-Advanced feature will be seamless connectivity and roaming across multiple network types including Wi-Fi with smooth handover.

3G does not provide seamless connectivity and roaming across multiple network types because this functionality relies upon the all-IP nature of IMT-Advanced.

What do we have now?
In Australia, thanks to Telstra and now Optus, we currently have 4G networks that utilise a technology called Long Term Evolution (LTE). The key feature of 4G LTE is improved data speeds when compared to 3G networks – up to 40Mbps for upload and download.

Reporting in The Australian on September 11, Chris Griffith provided the results of 4G LTE data download speed tests completed in six locations around Sydney. Griffith used 4G modems on the Telstra and Optus networks to show that the former is slightly faster across the board. Both networks managed download speeds in excess of 30Mbps in several locations. Telephone calls over 4G LTE are still done using a separate voice channel similar to 3G.

What’s next?
On August 8 this year a South Korean telecommunication provider SK Telecom launched what is thought to be the world’s first Voice over LTE (VoLTE) service that moves closer to a full VoIP solution rather than using a separate telephone channel.

By processing phone calls over an LTE network (as opposed to a 3G or even 2G network), VoLTE allows considerably faster call connections and considerably better audio quality. This technology will be available in future Samsung LTE smart phones.

In the US, Verizon Wireless, which launched an LTE network in December 2010, has commenced work with AT&T and several equipment vendors to develop a VoLTE standard. Enhanced LTE networks that include VoLTE are not likely to be available in the US until late 2013 or 2014. In Europe the first LTE networks are just being turned on, with the UK’s first 4G network expected to be operating later this year. Australian carriers are likely to follow their US counterparts and move to VoLTE in 2014 at the earliest.

The final two key requirements for a network that meets IMT-Advanced will be increasing data rates to 100Mbps and seamless roaming mobility between networks including 4G, Wi-Fi and other possible future networks. It is not likely we will see solutions to all of the IMT-Advanced requirements before 2016 or 2017. In Australia the technology that is likely to be deployed to meet the IMT-Advanced standard will be known as LTE-Advanced.

International roaming and 4G
Last year the Australian Competition and Consumer Commission (ACCC) took Apple to court because the latter was selling a new product (the new iPad) in Australia with the term “4G” in the product marketing.

In fact, due to different implementations of 4G around the world the iPad operates with 4G LTE in the US and existing 3G networks in Australia. As a result of the litigation Apple changed the name of the product in Australia and removed all references to 4G. The lesson to be learned is that “4G” can mean different things in different parts of the world. Your Australian 4G device may not work when you go overseas so, if you are travelling, be sure to contact your carrier before you go to see if your device will work at your destination.

4G spectrum
4G networks are new and are still being rolled out around Australia. As well as having to pay for the infrastructure, carriers also have to purchase sections of the radio spectrum from the government for 4G. Telstra and Optus use the 1,800MHz band for their 4G networks, however Optus does not have enough 1,800 MHz spectrum available in regional areas.

Carriers are also keen to purchase spectrum at 700MHz – a portion of the spectrum currently used by analog TV. The 700MHz spectrum will be auctioned off by the Australian Communications and Media Authority in 2013 under the government’s digital dividend program. That said, Optus is concerned the 700MHz spectrum won’t be available for use until early 2015, giving Telstra a three-year head-start on building a 4G network.

Optus is currently offering 4G modems in several cities on a limited number of plans but is unlikely to be able to launch a proper national roll-out until it can get access to more spectrum suitable for use in regional areas. In 2011 Optus completed trials of 4G LTE using the 700MHz band in Bendigo and achieved download speeds of 70Mbps.

4G costs
Telstra’s current mobile plans reflect the increase in mobile customer data usage year on year. Mobile data usage is expected to increase still further with the faster 4G network. Given the telcos will be keen to recoup the cost of purchasing more spectrum, we can expect 4G to be more expensive than 3G.

That said, Australian carriers typically offer plans and devices that are backwards-compatible so if a 4G network is not available the device will utilise the 3G network. This allows carriers to offer plans that are network independent and include costs to cover the 4G network rollout. While 4G networks have been in operation for several years elsewhere in the world, they’re still in their infancy in Australia. One thing’s for sure: you’ll be hearing plenty more about 4G in the years to come.

Mark Gregory provided evidence in a court case reported on in this article. This article was originally published at The Conversation. Read the original article. Image credit: Optus