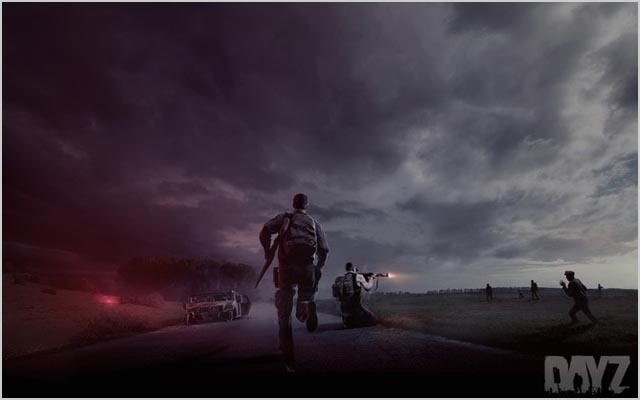 This article is by Mike Pottenger, lecturer in Statistics & Political Economy at the University of Melbourne. It was first published on The Conversation and is re-published here with permission.

analysis Amid the resurgent popularity of zombies in recent years – think The Walking Dead, I Am Legend, Shaun of the Dead and so on – the 2011 publication of Dan Drezner’s Theories of International Politics and Zombies showed we might be able to learn something useful from the lumbering horde. In short, Drezner poses the question: how would we deal with a zombie outbreak?

He answers it not like the US Centre for Disease Control – who prepared an emergency response plan – or author and screenwriter Max Brooks – who wrote an oral history of survivor experiences – but by conducting a thought-experiment, asking how theories such as realism, liberalism and constructivism would view human responses to a zombie apocalypse.

Thanks to one ex-military New Zealander working for an eastern European game developer, we now have a sort of real-world experiment in which to test people’s behaviour in a post-apocalyptic environment.

That experiment is a videogame called DayZ and it suggests that even in a system that should theoretically promote rational, self-interested behaviour, people act in unexpected ways. To be more precise, DayZ is a mod for a now-ageing military simulation game, ARMA II. Despite still being under construction, DayZ has been a phenomenal hit since its release earlier this year. With nearly 1.2m players to date, DayZ has propelled a previously niche game to the top of the best-seller list on the digital distribution platform Steam on several occasions.

DayZ drops players into a 225km2 world populated only by zombies (well, technically, the “infected”, a la 28 Days Later – the distinction is important) and other players (survivors), with virtually no specific objectives or rewards. The only real goal? Stay alive. Your primary task is to scrounge for food and water and weapons to defend yourself, particularly against other survivors who – as quickly becomes clear to new players – are a much more serious threat than the zombies.

Death at the hands of others comes much more easily in DayZ than in many other games. One shot from another survivor can (and usually does) kill. If it doesn’t, you’ll start bleeding and unless you find a safe place to bandage up, you’ll bleed out fast. Fall more than a metre or two and you’ll break your legs, leaving you at the mercy of zombies or other survivors as you crawl to safety. Not only does death come easily and often – it’s permadeath. Once you die, that’s it. You’ll lose everything you’ve scraped together, a process which often involves at least several days’ worth of gameplay.

Starting again is no small matter – the early stages of a new spawn in the game are a fraught and drawn-out affair, involving slow, unarmed crawling around looking for a tin of beans and (if you’re lucky) a weapon to fend off any zombies that spot you wriggling around in the rubble and grass.

To make matters worse, trusting other survivors is a huge risk. As forum posts and guides for new players shout over and over, don’t trust anyone unless you already know them from outside the game. Communicating with strangers can be risky enough as you need to get close enough for them to hear you speak – that is, close enough for them to attack you. Even seemingly friendly survivors can and will turn on you, and lots of survivors are there specifically to hunt other survivors (see video above).

Hop on a bus full of unarmed survivors, and you risk ending up forced at gunpoint to engage another unsuspecting victim in mortal combat. Accept a ride from a helicopter and you risk being dumped on an island to starve to death. The dangers in trusting others mean that even relatively stable groups can quickly turn on each other.

Put simply, life in DayZ is nasty, brutish, and very, very short – the current average survivor lifetime is one hour and five minutes.

In-game, the objectives are constrained, the rules are simple and when it comes to interacting with other survivors, the incentives are clear: killing another survivor offers great rewards with no in-game consequences. You can take their precious gear, saving you hours of crawling around through zombie-infested towns and rummaging around in piles of empty tin cans in hope of finding food. Let someone else survive and they might kill you. When communication is difficult and talk is cheap, trust is hard to come by. So what would the realist, liberalist, and constructivist theories suggest players are likely to do?

Realists: Realists see the world as being in a state of anarchy, with no overarching authority to govern behaviour. They conclude that stability is only achievable through the use and balance of raw coercive power, with the possible formation of alliances out of self-interest. Upon logging into a DayZ server, a realist would be unsurprised to (usually) find chaos incarnate. They would see zones of conflict and stability maintained and ruled by the strongest player – whether due to skill, or through possession of the best weaponry and equipment – and groups of players allied together for safety.

Liberalists:: A liberalist agrees with realists that the world is anarchic but believes that, through participation in institutions, successful cooperation can be achieved on the basis of self-interest. In DayZ, a liberalist could point out that while there are no in-game institutions or even teams per se, at a meta level observable alliances tend to be formed between players who are members of existing online multiplayer clans, and/or friends linked by some other institution or groups. The liberalist would argue that it is through these links that cooperation to avoid the consequences of anarchy is achieved.

Constructivists: Unlike a realist or liberalist, a constructivist rejects the rationalist assumption that the absence of an over-arching authority necessarily leads to a self-help or purely self-interested logic of interaction, and sees interests as being constructed and shaped through social interaction. While they recognise that some agents may see others as nothing more than a potential threat and see the accrual of power as their primary interest, constructivists believe there will be others that relate to particular agents as friends or rivals rather than potential enemies, and act towards them accordingly.

A constructivist would be thrilled to see that in DayZ, there are players who refuse to see other survivors as an inherent threat, but rather as people who might be able to help them – or who might require help. Such players include the now-renowned Dr Wasteland, who plays the game with the specific purpose of rendering medical assistance to those in trouble, spending hours of real-life time doing so. Such players essentially disagree with the opinion that the only way to survive in DayZ is to treat all strangers as hostile and to shoot on sight.

One of my first games of DayZ involved a stranger pulling up in a bus and helping me gear up before we scoured nearby towns for spare engine parts and fuel. Though they had much to lose (it takes lots of time to repair a vehicle, particularly on your own) and I was armed, they didn’t see me as a threat. Rather, they saw a potential friend, and acted accordingly. Despite the rules of the game being biased towards self-interested hostile competition, there are still players who, rather than behaving as relatively predictable, rational agents in an anarchic system, wade into the game with their own perceptions and priorities. Such players are fully aware that many other players are likely to be hostile and may even be playing it to win.

This dispels the idea that anarchy is an objective and defining feature of the system. In DayZ, anarchy is what gamers make of it.

So just how much does this experiment tell us about how people might actually behave in a zombie apocalypse? In many controlled experiments there are concerns about whether the subjects are really acting as they would in real life. DayZ is no different. There are endless forum posts with players arguing at length about whether in-game behaviour reveals someone’s true nature, or whether it’s all “just a game”.

Even in DayZ, where there are so few downsides to ruthless self-interested behaviour, some people refuse to descend into free-for-all slaughter. So I’d like to believe that in real life things would be at least a little bit better than the chaos of a DayZ server. But I find it hard to silence my inner realist. So, as I’m gathering more data on this experiment, I’ll be stockpiling cans of beans in case of zombie outbreak, all the while hoping there are many more Dr Wastelands out there.

Mike Pottenger does not work for, consult to, own shares in or receive funding from any company or organisation that would benefit from this article, and has no relevant affiliations. This article was originally published at The Conversation. Read the original article. Image credit: DayZ.