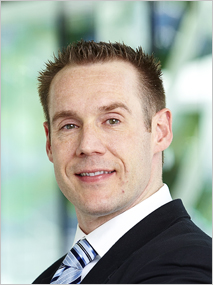 news Enterprise IT vendors EMC and Avaya have revealed they have new leaders of their Australian divisions, following the promotion and departure of their local incumbent managing directors.

In a statement this morning, unified communications vendor Avaya announced that existing local executive Tim Gentry (pictured, right) had been appointed managing director of Avaya Australia and New Zealand, with immediate effect. Gentry joined the company’s local executive team in May following what Avaya described as “a highly successful period” in Avaya’s government operation in the US.

Gentry takes over from interim ANZ leader Rick Seeto who has relocated to Singapore, where he will continue to drive the Avaya Channels and Marketing Groups. Gentry previously also worked with now-defunct Canadian networking vendor Nortal, as well as cable TV company Adelphia Communications and electronics company VGE in the United States.

Gentry holds a Bachelor of Science Degree in Business Information Systems, Master of Business Administration in both International Finance and Global Information Technology from American University, Washington DC and is an Alumnus of Harvard Business School. His full details are available online at his LinkedIn profile. The executive replaces Australian IT industry stalwart Rob Wells, who quit his post as the managing director of Avaya’s Australian operations in February to establish the local division of Software as a Service business software group Workday. 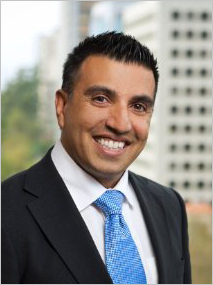 Similarly, storage firm EMC has replaced long-serving Australian chief David Webster with Alister Dias (pictured right), according to Dias’ LinkedIn profile, which now lists him as EMC’s new leader for its Australia and New Zealand operations. His appointment has also been confirmed independently by The Register and other media outlets. Last week EMC revealed that Webster had been appointed to lead the company’s sales and customer operations for the Asia-Pacific and Japan region.

“Alister Dias joined EMC in 2000 and since that time he has held senior account director roles on ANZ Bank and Telstra in Melbourne and then moved to New Zealand as NZ country manager for EMC where he had overall cross functional and strategic growth responsibility,” Dias’ LinkedIn profile says about his history.

opinion/analysis
I haven’t met either Dias or Gentry yet, so I’m not really qualified to comment on either of them, but I don’t expect much in the way of a shake-up from either company under their tenure. Both EMC and Avaya have been a bit quiet in Australia recently; I’d like to see the pair come forward with more customer case studies and new customer to contracts to help demonstrate demand for their products. Storage is always booming, of course, but the unified communications scene in Australia has been a little quiet of late; I’d be interested to see whether the mass UC migrations we saw so much of a few years ago are still going on in large organisations.