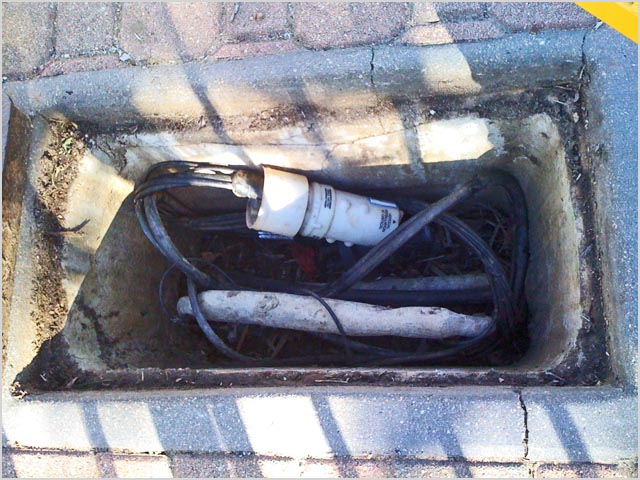 blog Since we published our “worst of the worst” photo gallery of Telstra’s copper telecommunications network several weeks ago, we’ve been receiving a constant drip stream of complaints and extra examples of poor quality areas of the network. This one posted on Whirlpool and forwarded to us by several readers over the weekend is a good example of the issue. Forum regular MaXim has posted a detailed account of his struggles to get decent broadband to his house:

“My landline is extremely bad quality which affects call quality and ADSL sync speed. My retailer is Internode and they’ve been constantly lodging faults with Telstra for a while now – a technician has been called out for the 4th time. I have been advised that the cable running in the street in front of my house to the end of the street is in urgent need to replacement. Apparently, Telstra techs have been sent out almost 70 times in the past 6 years and all they’ve been doing is swapping customers over to new pairs in the same cable.

The cause of the problem is, that the cable has been deteriorating for years and there are no good pairs left in the cable. Recently I had a tech swap me onto what was supposedly the last good pair in the cable, and my sync rate increased to over 10Mbps. As of last night, with a good quantity of rain, I’m syncing at no more than 3Mbps. Call quality is pretty nasty, with constant background noise, scratchiness and ground loop hum. The situation is equally bad with most of my neighbours.

The cable needs to be replaced. It’s obviously not a small job, as the cable is direct buried along with some fossilised early 20th century lead piping. I’ve been told they will need to dig up the footpath, bore all the way along the street and install new conduit, along with new pits.”

Now, as I’ve noted before, I want to make the point that this isn’t the experience which most Australians are having on Telstra’s copper network, and isolated cases don’t singlehandedly make the argument that the network needs to be replaced as a whole with fibre, as the National Broadband Network policy would see happen. However, it is important to note that cases like this do add weight to the argument that Telstra’s copper network has gotten past its ‘use by’ date and should be replaced. When you receive sob stories almost every week from readers on these sorts of issues as I do, it’s hard to escape the impression that there are a lot of similar problems out there.