news New Queensland Premier Campbell Newman has appointed several high-profile members of his new LNP-dominated parliament to take control of the state’s technology portfolio, as a new political dawn arrives in the sunshine state following his electoral route of the previous Labor Government a week ago.

In a statement published on the LNP’s web site this morning (although it is believed to have been distributed previously), Newman revealed he had appointed MP Ros Bates (pictured, right), who had previously led the technology portfolio for the LNP in Queensland in Opposition, as the state’s new Minister for Science, IT, Innovation and the Arts. 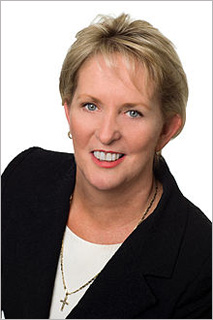 Unlike most of her predecessors opposing the Queensland Government in the technology portfolio, Bates had been quite active in the area, regularly highlighting difficulties the long-term incumbent Labor Government had been suffering with internal IT projects in the state, as well as its at-times fractious relationship with industry.

However, the new minister’s term in Opposition wasn’t without its embarrassments, with the MP controversially appeared to claim that Labor political operatives had hacked her website, Facebook and Twitter accounts after she fell victim to a common global phishing attack through Twitter. At the time, then-ICT Minister Simon Finn ridiculed the claim. “It is totally laughable to suggest that a global phishing attack is related to a 2012 election campaign in Queensland,” he said.

However, it doesn’t appear as if Bates will be the only Queensland Minister responsible for setting technology policy in the state. The Queensland Government’s Cabinet site also details the fact that new Queensland Treasurer, Timothy Nicholls (pictured, right), has also been appointed Minister for Government Services, Building Industry and Information and Communication Technology of Queensland. 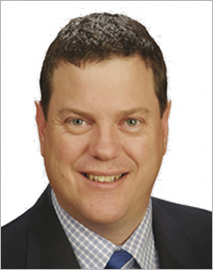 This role would appear to see Nicholls taking overall control of the centralised governance functions (including ICT shared services) which have caused the state so many headaches over the past few years. In June 2010, Queensland’s Auditor-General slammed the governance of three massive state government technology consolidation projects, pointing out that they have all substantially blown their timeframes. A day later, Bligh revealed the state would abandon its centralised IT shared services model as its exclusive structure for delivering IT services in the wake of the Queensland Health payroll disaster and damaging revelations of widespread problems in associated programs.

The Queensland Health issue — one of the most damaging politically for Labor in Queensland over the past few years — saw thousands of medical staff go without pay for periods as the state struggled to get a new SAP-based system implemented by its shared services division, with the assistance of IBM, under control. No doubt examining its current status will be a key focus for Nicholls — with assistance from the state’s new Health Minister Lawrence Springborg.

Bates’ appointment was welcomed by the IT industry’s peak vendor representative group, the Australian Information Industry Association, which congratulates the LNP on its victory in a statement this week and welcomed Bates to her new role. “This appointment highlights the pivotal role the industry must play in facilitating the Government’s four-pillar economy action plan,” the organisation wrote.

AIIA chief executive Suzanne Campbell said Queensland had long been an ICT hub, and the State’s importance to the ICT industry was underscored by the AIIA’s National Board decision to hold its meeting in Brisbane this week.

“The ICT industry employs 74,000 people across the state, with Brisbane and the greater South East Queensland region being home to more than 80 per cent of Queensland’s 5,700 ICT businesses,” Ms Campbell said. “Brisbane is also one of the world’s largest centres for the gaming industry and the innovations coming out of this state are world beaters as demonstrated last year’s iAwards winners Transmax for STREAMS Motorway Management and NICTA for their Face Search Engine. The value of the ICT industry to the state is significant with approximately $10.2 billion in revenue being generated by Queensland’s ICT industry.”

“On top of this, the state accounts for the third largest share of Australia’s exports of ICT equipment at $93 million and ICT services at $198 million. “By any measure, the ICT industry is fundamental to the State’s well-being.”

Campbell said the LNP’s four-pillar economy plan – which focused on tourism, agriculture, resources and construction – would rely on ICT for its implementation and success. “ICT will be fundamental to the implementation of the new Government’s economic blueprint,” Campbell said. “As part of its policy, the new Government has pledged to deliver better infrastructure and better planning to unlock bottlenecks in Queensland’s economy. With ICT covering every sector of the economy, the industry is critical in the planning, development and implementation of this transforming economic vision for the state.”

opinion/analysis
Queensland might have a new government, but it’s hardly a new day when it comes to technology policy in the state.

The LNP barely advanced any technology-related plans for Queensland during the election, and both Bates and Nicholls are typical of state politicians in that they broadly know what the issues are in their portfolios, but don’t really understand technology at a fundamental level (as Bates’ fatuous hacking claims regarding her social networking accounts proves).

It was a similar situation with the Bligh Labor Government. While the state did talk up its technology policy credentials more so than some other states have (such as NSW, which under the previous Labor Government might well not have been aware that it was possible to have a technology policy), in real terms it was broadly the state’s public servants who were responsible for getting needed initiatives such as whole of government IT infrastructure consolidation programs approved through their relevant ministers.

If those ministers had understood a bit more about the ambitious technology programs which were authorised in the state’s public sector over the past half-decade, they might have had a bit more oversight. As it stands, they didn’t — and now those same programs, having suffered major delivery issues, will be handed over to a government, which, while new, enthusiastic and well-resourced, will similarly not quite understand what they are dealing with.

As I’ve written previously, when it comes to IT projects and even ‘keeping the lights on’ for IT infrastructure, Australia’s state governments are a disaster area. We can hold out hope that things will change for the better in Queensland under the LNP, but realistically I do not personally believe that they will.