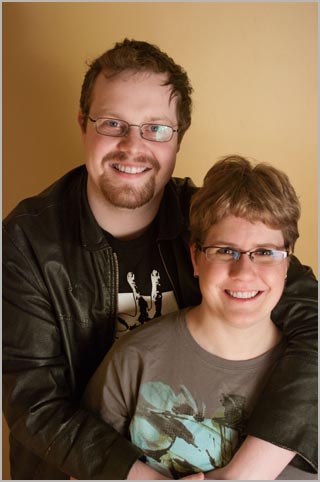 Hicks wanted her proposal to be unconventional, prompting her to make use of the so-called “Ladies Privilege”, which some consider means that women are able to propose marriage on February 29 – the extra day this leap year when some consider that role reversal takes place and tradition grants ladies the ‘privilege’ to propose to their men.

Hicks works at national broadband provider Internode (which issued a media release about the proposal), maintaining the company website, while Adams works on a help desk for global computer firm HP. Adams is hooked on to the online game Team Fortress 2 (TF2), which he spends hours playing every night.

Hicks procured the help of the tech company, US-based Valve Corporation that develops Team Fortress 2 for this mission. A pre-release note about a Valentine’s Day “gift” that Valve planned to sell to romantic TF2 players for $100 prompted Hicks to e-mail Valve’s co-founder Gabe Newell to ask if she could use the “gift” – a virtual ring – to propose to Adams. Valve’s response arrived a few weeks later in the form of a TF2 account along with the virtual ring – for free!

Hicks set the wheels in motion when the two met at a local coffee shop on February 29 and both logged on to Team Fortress 2 in opposing teams. Before long, the unsuspecting Adams was deeply immersed in the online game.

Hicks kicked off the marriage proposal by initiating a trade with Adams, who by then was far too involved in his favourite game. Adams declined the trade. After a couple of rejections from Adams who hated to be interrupted during the game, Hicks decided to go full throttle with her eccentric proposal. It went something like this:

When Adams saw what Hicks “trade” was (image below), he was stumped and before he could react, Hicks was on bended knee before him in the cafe with her proposal. It took a while for Adams to calm down and comprehend the situation and actually say ‘yes’ to Hicks in another restaurant where they had moved on to by then. And he did remember to click ‘Accept’ on the trade request several hours later.

Hicks remarked that she was happy that she attempted this unusual marriage proposal which in the end was worth all the effort. The pair have not yet set a date for the wedding. Hicks says, “We haven’t named the date, but it took us five years to get to this point, so probably take our time.” She also added that she expects the ceremony to be ‘very nerdy’. 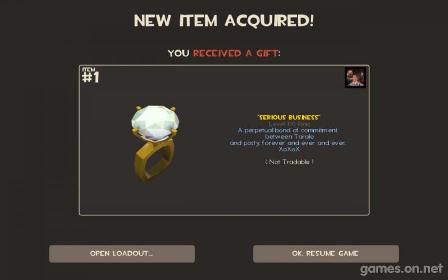