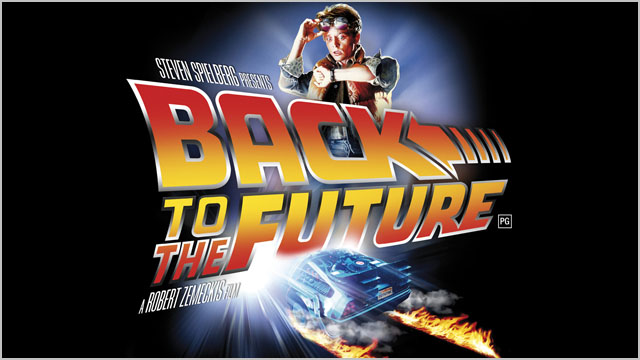 This article is by Martin Hirst, an associate professor at Deakin University. It was first published on The Conversation and is re-published here with permission.

analysis Telecommunications giant Optus managed to convince the Federal Court in Sydney this week that there’s a legal blindspot in relation to its download pay-per-view service.

Telstra – given its business relationship with The National Rugby League (NRL) and Australian Football League (NFL) – had tried to prevent Optus from recording and re-broadcasting matches screened on free-to-air television. But Justice Steven Rares found Optus’s mobile television service didn’t breach the Copyright Act for a couple of reasons: Optus keeps separate recordings for each customer, and individual customers are responsible for requesting the recordings. So what’s going on here?

To my mind, former rugby league coach Roy Masters – ever the shrewd observer – hit the nail on the head when he wrote the following for the Sydney Morning Herald yesterday:

“They framed the copyright laws to protect the average punter from being sued for taping a TV show, including a football match on his home recorder. Now, their legislation is being used by Optus to sell a service.”

Naturally, Telstra has concerns. The AFL’s A$1.25 billion five-year rights deal signed last season with Channel Seven, Foxtel and Telstra, included a A$153m payment by Telstra for the online broadcast rights to games. The NRL, likewise, expected a proportion of its next deal to come from internet rights.

We’ve done nothing wrong
Optus is not breaching current copyright laws by charging its customers for a record-and-download service that includes material in which its competitors hold some or all of the copyright.

In court, Optus successfully argued its customers already access its competitors’ content via free-to-air television and record and replay programs when they choose to. This model of free distribution is embedded in our media culture. Now that old interpretation of the law – protecting home recording rights for the “average punter” – lets Optus monetise a data stream for its customers, using free content provided at great cost by others.

The potential appeal issues confirm it’s about the income from broadcast, repackaging and online rights. The AFL and NRL are claiming a loss of trade. If they stick to their word and fight back, and Telstra joins in, it could cascade into a series of messy contract disputes.

The whole issue is further complicated by the pay-TV siphoning regulations in which all litigants are also stakeholders alongside Foxtel. As everyone knows, from the Communications Minister Stephen Conroy down, the regulatory regime and legal framework for the digital economy and the new convergent media landscape is out of step with the machinery of change. We have a high-performance engine under the hood, but the tyres and the suspension can’t really handle the speed. We are living through a techno-legal time warp.

The laws that worked to allow the “average punter” to record and replay TV shows using personal recording devices (such as TiVo) are now creating lucrative business opportunities that everyone involved in this legal stoush is keen to exploit. Monetising the click-stream is the main game in digital Dodge City and an analogue copyright law is not player-friendly for everyone. Contrast Masters’ old-hand wryness with the corporate-speak from Optus spokeswoman, Clare Gill:

“This has been a win for Australians, for innovation and for the law. This is a product similar to things that you can do today. So we see this no different (sic) from any other personal video recording device.”

As one punter wrote on sports website The Roar, it’s not a pretty sight to see communication giants slugging it out: “The battle between the telcos is getting ugly, and the sporting landscape is getting caught up in it.”

At the heart of the legal issues is the Copyright Amendment Act of 2006, which specifically allows home recording of free-to-air TV content. At the time smartphones were not so ubiquitous and the download technology was clumsy. The law worked for its time. But not any more. The techno-legal time-gap kicks in when the technology perfects a new application that the old rules were not designed to deal with. Here, the respondents argue, the law is out of date.

Under review
A review of digital copyright law was announced late last year by the then Attorney-General Robert McClelland. This is way overdue and may still take some time to come to fruition. The problem we have is that nothing in the government’s much-vaunted and much-despised Convergence Review seems to deal directly with this issue.

The interim report from the Department of Broadband, Communications and the Digital Economy (DBCDE) doesn’t even deal with copyright law and, in a section where you might expect to find some comment on it – chapter seven, entitled “Competition” – there is only hollow sentiment and principle:

The regulator should be entrusted with suitable powers to deal with content‑related competition issues in rapidly changing markets.”

Surely taking copyrighted material and on-selling it, as Optus looks set to do, is “anti-competitive”, even if a six-year-old loophole says it’s OK to do it.

The techno-legal time-gap
I first wrote about the techno-legal time-gap in 2006 in Communication and New Media: From Broadcast to Narrowcast, a book I co-authored with John Harrison. In that book we made the point that legal, moral and ethical debates and regulation lag behind the speed of technological change.

My example at the time was peer-to-peer file-sharing, but within a year of the book’s publication, Napster and others were facing huge legal threats and were effectively shut down. The problem then migrated to The Pirate Bay and other BitTorrent) sites. As that appears to be resolved – to the commercial satisfaction of some players – a new front has opened up. The latest target for the anti-piracy forces is Kim Dotcom, the founder of the Megaupload “cyberlocker”. Dotcom’s repurposing of other peoples’ content has got him into serious trouble. Other service providers are also caught up in this net.

Private matters
The fights over copyright – or “copytheft” to some – are not the only digital skirmishes. The very concept of privacy – both real and online – has been blown wide open. Not only has there been rampantly criminal behaviour that exploited loopholes in phone security leading to a tsunami of scandal engulfing the Murdochs, it seems our total being is exposed online. Daily hacks and distributed denial of service (DDoS) attacks compromise data, much of it personal and all of it valuable in the surveillance economy.

It’s hard to see the “white hats” among the online baddies. But caught up in all of this today we have Julian Assange, a military whistleblower (Bradley Manning) and a collection of techno-savvy activists (Anonymous) attempting to bring down the military-industrial complex. They are all now caught up in the time warp. But the regulators are not having it all their own way.

Paradox effects
The Stop Online Piracy Act (SOPA) protests of the past few weeks forced a backdown in the US over so-called internet censorship laws.

The time-gap exists across social media too. In 2006 Facebook was new and exclusive, Twitter was just around the corner, smartphones cost a fortune but the apps weren’t that good. In half a decade things have changed dramatically. These paradox effects will continue. The review of copyright law, a new round of privacy commission policy papers and the convergence review are all institutional attempts to deal with the contradictions, loopholes and inconsistencies.

We see the same pressures exerting themselves on the Australian Press Council and other regulators too. Analogue models of regulation, control and ethical boundary-setting are no longer working smoothly. The Media and Entertainment Arts Alliance (MEAA) code of ethics was updated in 1997, but it too is now showing its age.

Where are the guidelines for journalists on managing their social media accounts? Where is the advice on how to deal with lifting material from Facebook or YouTube to illustrate a story? I have collected several examples of these problems and discuss them on my blog (Ethical Martini). Ripping images from Facebook, for example, is a breach of both copyright law and an invasion of privacy (even if legal).

None of these problems is easily fixed. They are global issues and the World Trade Organisation is one of several transnational bodies looking for answers. The danger here is that regulators go with a business-friendly commercial fix, rather than regulation in the public interest. At the heart of capitalist property law is the right to exploit: just ask Optus.

Martin Hirst is the author of News 2.0: Can Journalism Survive the Internet?

Image credit: Back to the Future, Universal Pictures