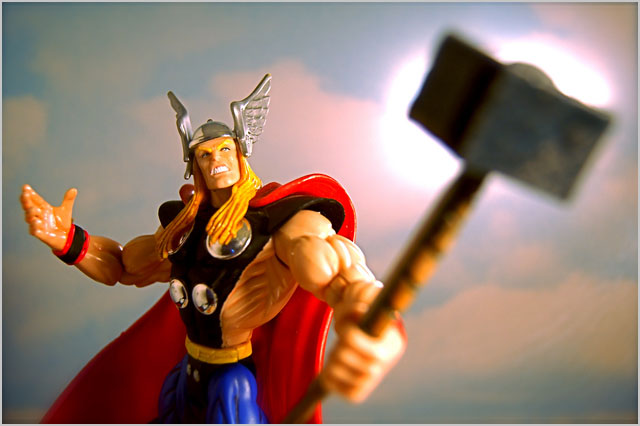 The transaction is expected to be completed by 29 February, 2012. Following the acquisition, Internode will trade as a separate business unit and Hackett will continue as the managing director with his existing team, although he will also hold approximately 7.5 percent of iiNet’s shares, making him one of the company’s major shareholders. Hackett has acknowledged that the Internode sellout to iiNet was partly triggered by Internode’s inability to gain enough scale to compete in a National Broadband Network (NBN) world.

Some online critics had speculated that Hackett would shortly take a seat on the iiNet board, despite Malone saying that Hackett would join the iiNet board only after relinquishing his executive responsibilities with Internode. “It’s just a little crazy to have me reporting to Michael Malone and the board and also being on the same board at the same time,” Hackett wrote on Whirlpool in response last week.

“Meanwhile you seem to be framing this as me turning into an inflexibly driven supplicant of Michael Malone, and that framing indicates that you completely fail to appreciate how business works at this sort of high level. It’s a relationship based on trust, not one based on my being a mindless puppet.”

Hackett said that he wasn’t finished with his current goals of finding new ways to drive interesting new strategic outcomes for Internode and its staff and customers. Referring to a potential future position on the iiNet board, Hackett said that it would definitely make him a key decision-maker in the company group.

Hackett expressed his frustration over forum commenters implying that everything he said since the announcement of the buyout was suspect: “So I make a business decision and now I’ve turned into a professional liar? I find that pretty insulting.” He also appeared angry about statements concerning Internode’s customer base being part of the assets he’d sold to iiNet and the possibility that Hackett and Malone would lie to the Internode customer base.

In response to a comment that the announcement of the deal gave no concrete information about the future of the company group, Hackett pointed out that the transaction was still incomplete. He called the board members of iiNet and Malone himself “very smart people who I enjoy working with.” He also directed commenters to the Internode blog for significant information. He termed the deal as an exercise in combining the strengths of two major companies in the market which would in turn, combine the strengths of the leaders of the two companies. “It’s exciting, and it’s got a lot of positive potential as a result. Will it all be perfect? Obviously not,” Hackett said.

Hackett also responded to a statement that Internode’s customers had always paid extra for a higher quality service which was alien to iiNet, providing statistics to indicate actual customer opinion.

Reacting to a suggestion that he would face pressure to make changes to Internode, Hackett said: “You may not appreciate how little respect for my own skills and abilities, or that of my large and capable staff, the above implies.” Hackett also emphasised upcoming positive changes, sarcastically saying, “You don’t seem to consider the potential that some of these unspecified changes forced upon the small and impressionable Mr Hackett by the big bad Michael Malone and his board might be good things. Internode does not begin and end with me.”

The Internode chief quoted examples such as “thriving as a national NBN leader, having the largest direct DSLAM footprint in Australia, and remaining in the marketplace as a sustainable and capable innovator instead of being slowly choked to death in a saturated market by larger players … these are things that don’t seem like bad things, at face value, to me at least!”

Following his statements, the executive signed off from Whirlpool by asking that commenters refrain from framing conspiracy theories. “I will now stop responding to your posts on this topic now because they’re solidly circular in their nature (as, by extension, are my replies to it),” he said.