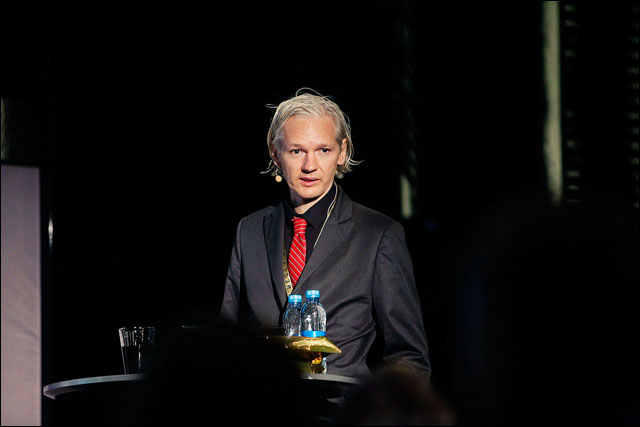 blog The personal blog of Greens Communications Spokesperson Scott Ludlam continues to be excellent value. Last week the Western Australian Senator took some time out to pen more than 1,300 thoughtful words on the potential future of maverick WikiLeaks activist Julian Assange, whose fate is very much in the hands of several global legal systems.

And unlike most of those who comment on the ever-controversial Assange, Ludlam very much knows what he is talking about here. The Senator actually travelled to both London and Sweden to observe the recent court proceedings of Assange’s case, and he is well-versed in the specific details of the laws which may see Assange end up in the hands of a vengeful US Government — and how Australia’s Government can prevent that from happening. Some of our favourite paragraphs from his rumination:

“The Australian Government has been slow to react to the possibility of the publishing organisation known as WikiLeaks being crushed by a wounded superpower, it still doesn’t appear to understand the threat of Mr Assange’s rendition to the US, and our Prime Minister appears mainly concerned with keeping her head down in the hope this will all go away.

The thing is, it won’t. Time is now very short. If Mr Assange ends up jailed in Sweden, Australia has the ability to repatriate him under the International Transfer of Prisoners (ITP) scheme. Australia must strongly insist that there will be no rendition to the US under the ‘temporary surrender’ mechanism.”

At this stage, Ludlam seems to be implying, we should be asking ourselves why the Federal Government hasn’t stirred itself to assist Assange, who is, after all, an Australian citizen. Clearly it has done so in other cases, such as the teeenager who was arrested in Malaysia with a small quantity of marijuana. Of course, the reason is probably fairly simple: Most Australians in difficulty overseas haven’t threatened the foundations of the modern state in the same way which Assange has. But then, perhaps that’s the kind of free thinking which we need more of in Australia’s fairly stolid (if highly stable) democracy.