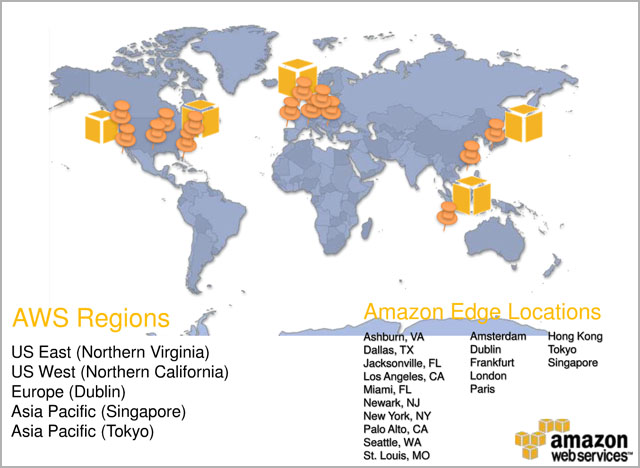 news Cloud computing giant Amazon has advertised more than a half dozen new positions as it ramps up its operations in Australia, including a role for a Sydney-based datacentre operations manager, which will re-kindle speculation the company wants to roll out infrastructure locally.

The company revealed in July that it had opened an Australian office with dedicated local staff to service the cloud computing market through its Web Services division. At the time, The Australian newspaper reported that a local datacentre was slated to be unveiled by early 2012, with up to three sites in Sydney on the selection list.

Amazon has historically preferred to locate its cloud computing infrastructure internationally in locations such as the US, Ireland, Singapore and Tokyo. The move has spurred the creation of local players such as Macquarie Telecom-backed Ninefold and the rapid expansion of infrastructure owned by companies such as Telstra and Optus, due to the preference which many Australian companies have expressed for keeping their data onshore.

“We do not comment on rumours or speculations,” said Regina Tan, AWS’ public relations chief for its Asia Pacific and Japan region at the time. “Over time, we plan to have more datacentres in different countries and regions around the world.”

Amazon is also currently hiring for a number of other Sydney-based positions, in areas such as business development, account management, partner liaison and sales. One position will specifically focus on drumming up work within Australia’s public sector, which has especially indicated its preference for Australia-based hosting.

One of that staff member’s responsibilities will be to: “Work with marketing and PR to build a rich calendar and set of programs for business development, including content for activities such as educational events, tradeshows, media coverage, and presentations.” They will also “establish program win strategies”.

One possibility is that that Amazon will establish only a content distribution node in Australia — as it has in a wide variety of other Asian and European countries — rather than a full-fledged datacentre. Amazon’s edge network is focused on efficiently funnelling content from Amazon’s core out to other regions.

But seriously, is Amazon planning to roll out a full-fledged datacentre in Australia? The AustralianIT believes so. And now iTNews apparently does as well. But I do not. I encourage you to read my examination of Amazon’s datacentre network published in July. In it, I wrote:

“There’s simply no way that Australia will see an Amazon datacentre presence consisting of anything like the same scale that the company has deployed in the US, Europe, or even Japan. What we will see is likely something like Amazon Edge, plus a little bit on the side. Datacentre rollouts are more complex than headlines would make them out to be — and so are commercial decisions for a company as big as Amazon Web Services.”

There is simply no way that Amazon can deploy a large scale datacentre in Australia in the next few months to meet what has been publicly rumoured to be its launch date. Datacentres take time. Instead, I would expect that we might see a speedy rollout of a few shipping containers full of servers to meet local hosting requirements and give Amazon’s local staff something to try to sell to governments.

To achieve the cost levels and efficiency which Amazon is famous for, the company would have to do a lot more, but there is simply no evidence that that is occurring yet. And until it does, I would expect most Australian customer organisations to ignore Amazon’s efforts. Australia already has a bevy of local cloud computing players — Telstra, Optus, Fujitsu, CSC and HP at the top end, and companies like Ninefold at the lower end.

Amazon will have to get serious about Australia before its potential customers get serious about it. Am I wrong? Is Amazon building some massive datacentre in Australia? Prove it. Hit up Delimiter’s anonymous tips line. Otherwise I’ll continue to be a skeptic.