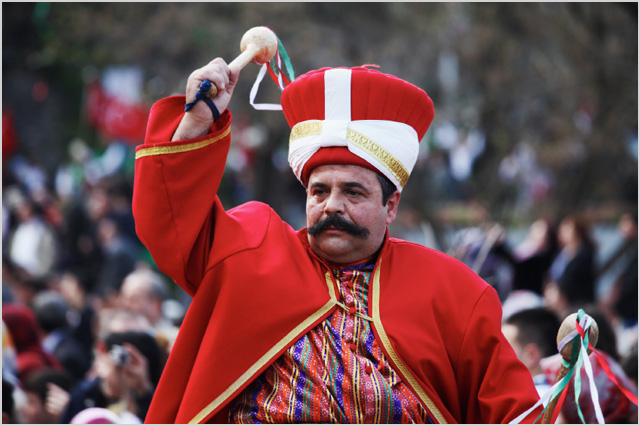 opinion This week, many prominent figures, political and commercial, gathered in that most august of locations, Australia’s Parliament House, to launch what was lauded as a landmark report into the development of the nascent cloud computing industry in this nation.

The proceedings were opened by the Minister for Innovation, Industry, Science and Research, the Honourable Kim Carr, who exhorted Australia to be more than a “branch office” for cloud computing, but to aspire to something more. In this vein, Carr gravely informed onlookers, he had instructed his department to examine the cloud matter further.

Also attending was Greens Senator Scott Ludlam, whose calm and collected demeanour added a note of bipartisan support to the grand proceedings.

The commercial sector was represented by a cluster of eminent chief executives, flocking together in a tight cohort: Fujitsu’s cheery Mike Foster; VMware’s jovial Duncan Bennet, reserved Macquarie Telecom leader David Tudehope and Matthew Madden, the general manager of little-known cloud player InfoPlex. And I also received a lengthy statement on the matter from the Australian Information Industry Association.

Capping off the event was Nicholas Gruen of Government 2.0 fame, who, along with his colleague Simon Molloy, presented a lengthy report into Australia’s cloud computing landscape and its potential for future development for fun and profit.

Now, as a prominent Australian technology journalist myself, I was forwarded many documents and statements from this majestic event attended by many titled dignitaries. I was invited to attend the ceremony, at which I was assured I would find many press opportunities and lofty personalities with whom I would find it fruitful to commune, over nibbles and in congenial surrounds.

And yet, I still have no real idea what the whole purpose of the whole shebang was.

I read through the speech at the event presented by Minister Carr, which I found contained many important adjectives and verbs. However, I do not believe the speech committed the good Senator or the government in general to any particular course of action. Perhaps Carr was filibustering?

I read through the report (PDF) presented by Gruen’s organisation, Lateral Economics, which I enjoyed greatly with a cup of tea. However, as the report did not go into any particular detail about the nation’s current cloud computing players (not even mentioning Optus or CSC, and barely mentioning Telstra), and sort of only politely seemed to request government assistance in the area, I’m not quite sure what it was about. Perhaps it merits further investigation?

I read through a very impressive media release issued by OzHub (PDF), which appears to be a gathering of Fujitsu, VMware, Macquarie Telecom and InfoPlex, which contained many resplendent statements about improving consumer and business confidence in the cloud. But at the end I wasn’t quite sure what OzHub was aiming to achieve. Perhaps it’s another industry association?

Speaking of industry associations, I also read through a statement on the launch by the venerable Suzanne Campbell, chief executive of the AIIA. “This is about systemic change: there is no one issue that will create the desired outcomes,” argued Campbell. “Australia needs to take action on a number of fronts.” I couldn’t agree more. But what were the real issues? I didn’t know.

I had a similar experience when I was sent another media release this week by another high-ranking Australian IT organisation, Data#3.

The release informed me that in order to serve its customers, the eminent Data#3 had invested in its own Australian cloud infrastructure. I’m not quite sure what sorts of products or services the company will offer using the infrastructure, nor am I sure of any of the details of how it has been built. Nor could I tell you what sorts of customers will be using it.

But I walked away with the impression that Data#3 is a superb company which is definitely doing something in cloud computing. The company’s cloud computing strategy, I am sure, is most imposing — a strong, confident, bold march forward into the future. One that will help us all achieve our visions — whatever those might be.

After I had read all of this information, a certain quandary settled into my consciousness. What did it all mean, I wondered. Was there some overriding message which I was supposed to take from these events? Something about cloud computing? Something about Canberra? Something, perhaps, about the nature of the great game which corporations play with governments for favourable outcomes?

Was there something concrete to be learned?

Or could it be the case, that just like Rosencrantz and Guildenstern, all of the players in this week’s drama were merely wandering around in a world beyond their control, unsure of their ultimate role but determined to make it clear that they were doing something? Was it just “a PR company gone mad”?