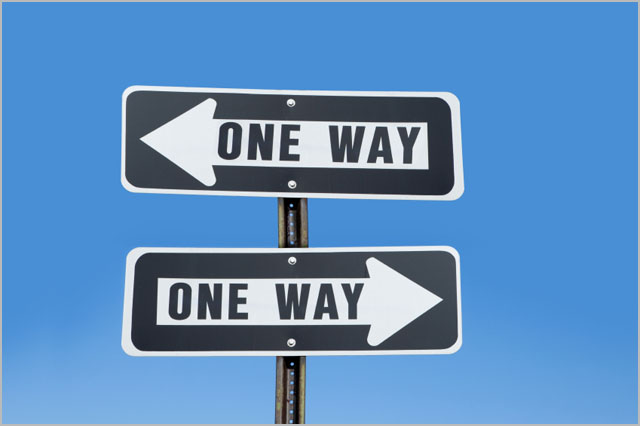 opinion If there is one thing Australia desperately needs right now, it is for our elected representatives to stop making dramatic changes to our national telecommunications policy every few years and to come together around a set of universally agreed projects. The alternative is another half-decade worth of pointless wasted effort and industry chaos.

In this morning’s issue of industry newsletter Communications Day, seasoned telecommunications commentator Grahame Lynch raises a very frightening prospect for an industry which has just experienced half a decade worth of constantly changing telecommunications policy: More dramatic regulatory change.

Australia’s telcos and ISPs, Lynch points out, have over the current Labor Federal Government’s two terms, “totally re-aligned” themselves around the political priorities of a single man: Communications Minister Stephen Conroy.

Telstra is embracing its own separation as part of the National Broadband Network policy, other ISPs have started re-aligning their future network buildouts, sales and revenue plans to take the network into account and even vendors such as Ericsson, Cisco, Alcatel-Lucent and so on who sell products to the telcos have aligned their marketing priorities NBN-ward. In short, the entire industry is restrucuring itself from the ground up around the NBN.

“It is not too much of an exaggeration to suggest that a Stephen Conroy pixie stands on the shoulder of most telecommunications executives, whispering his cues into their ears about what their strategic priorities will entail,” writes Lynch.

And yet, as Lynch also notes, with the popularity of the Gillard Government hitting record uber-lows, it remains extremely likely that, come mid-2013, the NBN project as a whole will be cancelled, chopped in half, dramatically restructured, or in the absolute best case scenario, simply delayed significantly as a new Coalition Government carries out that cost/benefit analysis which Shadow Communications Minister Malcolm Turnbull has been talking up for a year now.

Taken in the context of the previous half-decade, what this situation represents is nothing short of remarkable. It represents the ground being cut out from under an industry which finally — after half a decade of debate about its future — was about to find its feet.

Let’s go into a little bit of a history lesson to give some context to why another dramatic shift in telecommunications policy at this point would be a debacle.

Most of the telecommunications regulatory environment which Australia enjoys today dates back to 1997, when the industry was substantially deregulated and a tranche of new telcos entered the market and ISPs such as iiNet started dramatically expanding their fiefs.

Although the Howard Government which held power for a decade after that point did make small adjustments to the structure set up in 1997, under Communications Ministers such as Richard Alston and Helen Coonan, it largely left legislation in the field untouched, preferring to focus on areas such as privatising Telstra and leaving much of the day to day jostling in the sector to the Australian Communications and Consumer Commission to work out.

Perhaps the Howard Government’s most substantial telecommunications project of the era was the ill-fated OPEL deal which had been slated to bring wireless broadband to the bush. The project was first proposed in March 2006, following pressure from Telstra and Labor (with then-Communications Minister Stephen Conroy doing much of the pushing) to ‘do something’ about broadband blackspots.

And it’s from here on in that things have become a veritable disaster area in terms of stable telecommunications policy in Australia.

Conroy of course, cancelled OPEL when the Rudd Government swept to power in November 2007. At the time, the move was fair enough; Labor had opposed the OPEL deal from the start and was committed to fulfilling its own election promise of a National Broadband Network strategy based on a nationwide fibre to the node rollout, inspired by a model proposed by then-Telstra chief executive Sol Trujillo back in 2005.

However, in hindsight, it is obvious that cancelling OPEL was a bad idea.

As the failure of Labor’s FTTN project became clear in the opening months of 2009, Labor was forced to revisit the idea of rolling out wireless to the bush, as part of its dramatically expanded fibre to the home (FTTH) NBN project announced in April 2009. This is the first example of a situation where both sides of Australian politics have agreed on a core telecommunications policy principle — that the only economical way to provide services to some rural areas is through wireless — but have never been able to agree on a common joint policy approach to the matter at the same time.

But there is also a much larger and more problematic example.

“Inviting” companies like Telstra to bid for Government-funded contracts to roll out competitive infrastructure? Re-using components of the current copper network, augmented by fibre? A final recognition of the need to systematically separate aspects of Telstra’s operations so the company will be a fairer wholesale player in the telecommunications market? These were all aspects of Labor’s 2007 policy. Sure, Turnbull has taken them further, but there are still many aspects of similarity between the policy approaches taken by each side of politics.

Now in many industries, constantly changing Government policy would not be that much of a headache. People are still going to buy the same food, mine the same minerals out of the ground, deposit their money in most of the same banks and so on — regardless of what the specific Government policy of the day is.

Not so in telecommunications, where the objective fact of fast-moving technology development means that an unstable regulatory environment bedevils today’s infrastructure investments for fear of what may come tomorrow.

If the Coalition had successfully deployed rural wireless solutions through OPEL from 2007 onward, as it has pointed out, many rural Australian households would already have fast broadband. Alternatively, if competitive backhaul links had been deployed to the bush half a decade ago, as companies like iiNet and Internode were pushing for at the time, many towns would currently have access to upgraded ADSL infrastructure, where today they do not.

If a common policy approach had been agreed on a national Fibre to the Node network back in 2005 and 2006, when Telstra was pushing for a solution in the area, then Telstra’s copper would already be halfway upgraded today. Instead, as I have previously highlighted, many Australians will be waiting until the latter part of this decade — almost 15 years after Telstra raised the FTTN idea — for the NBN fibre to be connected to their premises.

And a third case is looming.

If the Coalition takes power in 2013, there is every likelihood that it will be forced into a compromise situation regarding Labor’s fibre to the home NBN policy. What happens, for example, if the Productivity Commission does conduct a cost/benefit analysis into Australia’s need for broadband, as Malcolm Turnbull has consistently requested, and comes back with a recommendation that the NBN proceed?

Much of Australia’s political and telecommunications community would then demand — with the NBN fibre already having been connected to an estimated 1.7 million premises by that point — that the rollout go on, in some form or another, with its larger policy structure remaining untouched. The populist appeal of ‘100Mbps broadband to the home’ will also play into this dynamic, as senior telecommunications analyst Tony Brown wrote in a detailed analysis of the Coalition’s proposal this week.

How embarassing, for a party which has opposed the NBN from the start.

Regardless, the common strain running through all of these events is that despite their protestations, in large part it is the ridiculously unstable telecommunications regulatory environment which Australia’s incessantly warring politicians have gifted the nation with which has held us back in so many different areas over the past decade, and will continue to hold us back over the next five years if the two pathetically similar sides of politics cannot come together on a joint proposal. One, perhaps, founded on bringing many of the aspects of Labor’s visionary NBN project and the Coalition’s more targeted policy (which, as we have already noted, has many positive aspects) together.

If Telstra had been separated five years ago, if the bush had received wireless broadband, if competitive rural backhaul links had been funded and if Labor and the Coalition could have agreed on a way in which to invest public money in broadband in a moderate fashion which would suit both sides of politics and stimulate competition in the sector, right now Australia’s broadband landscape would look very different than it does today.

The long-term nature of infrastructure investment and the squabbling of the past half-decade has made it increasingly clear that a bi-partisan approach to telecommunications policy is needed in Australia. The only difficulty may be convincing our arrogant, indecisive, stubborn and incredibly own-party blinkered political leaders that they should sit across the table from each other and discuss the issue like adults. At times they appear to forget that they are all employed by the same person — the Australian taxpayer.