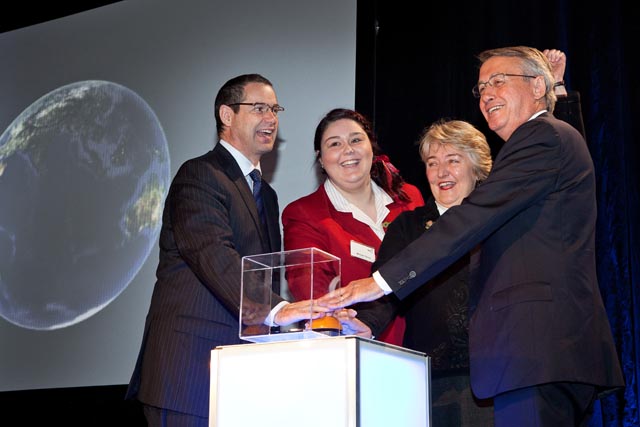 Did the Federal Government buy big “turn it on” buttons in bulk when it approved the National Broadband Network policy? It’s starting to look that way, judging by the amount of NBN launch events it has held over the past few years. Today’s big orange button comes from Kiama, where the NBN was officially switched on this morning.

Another action shot, with Conroy smiling this time: 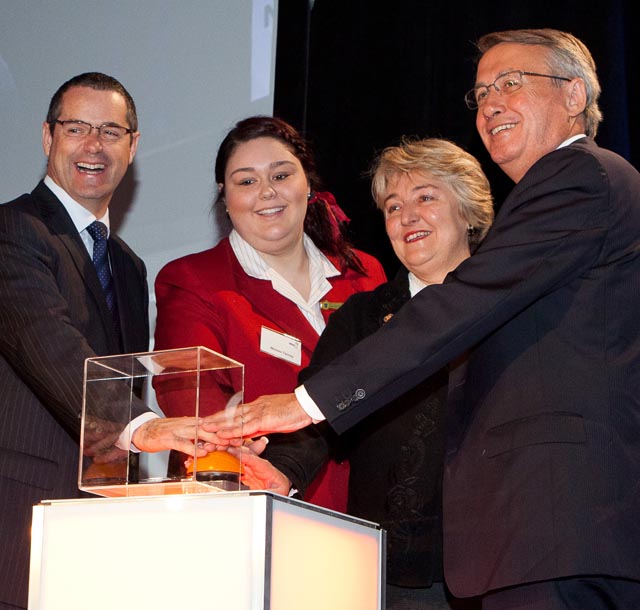 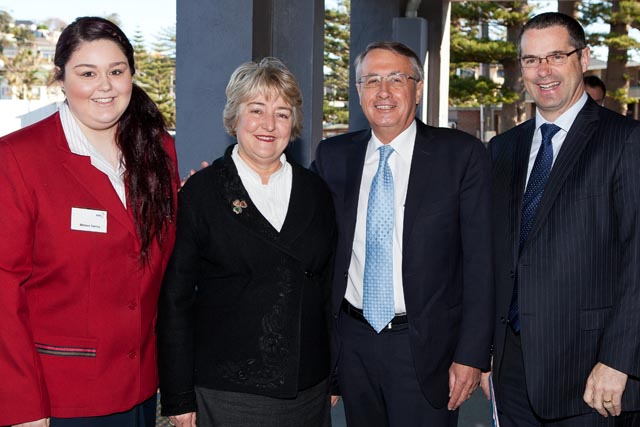 Wah-Swah captured in action, no doubt espousing the economic benefits of universal broadband: 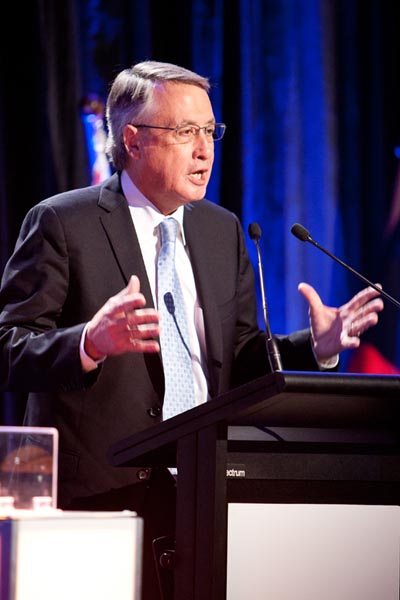 Err …. right. Is this Twister for senior citizens? NBN Co’s official caption about this photo reads:

“Local resident, Judy Spooner, demonstrating a new fall prevention application developed by NeuRA (Neuroscience Research Australia). The application uses a dance-mat and interactive screen to help the elderly with mobility. This is an example of a new model of healthcare that can be delivered over the National Broadband Network both to regional and metropolitan areas.” 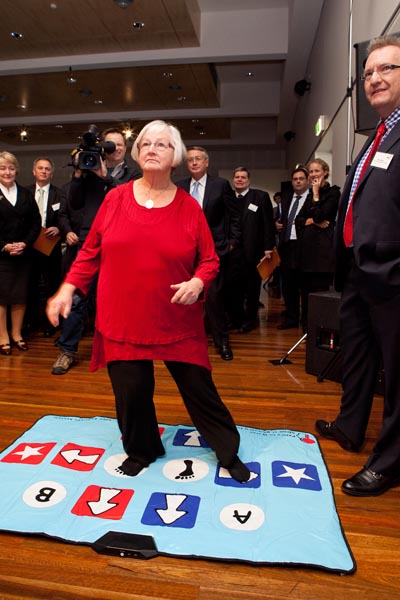 And an action shot from behind: 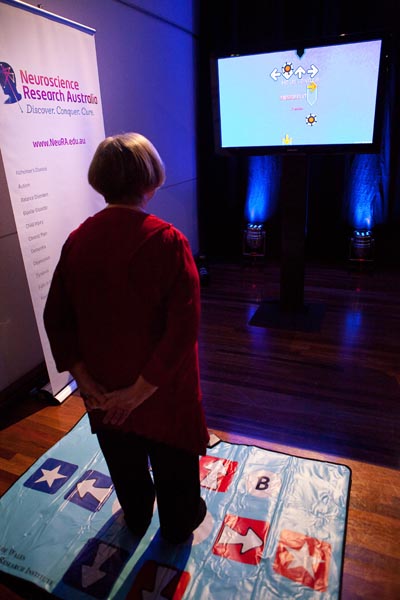